Provenance: from the collection of Christopher Lione.

This is the rareFIRST printing of the poster, printed before the image was turned over to ACTUP

According to Lione, "the first printing by us of the Silence = Death poster (before ACT UP existed) is a custom size based on the proportions of our design. Subsequent printings (printed by ACT UP and others) are longer."

The Silence=Death Collective formed in the early years of the AIDS epidemic including Avram Finkelstein, Chris Lione, Jorge Socarras, Oliver Johnston, Charles Kreloff and Brian Howard. This poster appropriated the Nazi regime's pink triangle for the Collective's own positive and empowered usage. The text at the bottom of the poster was printed in smaller typeface, "forcing intimate contact on the part of the reader…The poster was about complicity, at all levels, but it also needed to inspire action" (After Silence p. 48). In this first printing of the poster, a misunderstanding resulted in several misprints in the smaller text at the bottom. When the government agencies were actually spelled out to the typesetter of the poster they were misread as "The Center for Disease Control" as opposed to the "Centers" and it also read "Federal Drug Administration," instead of "Food and Drug Administration." The poster originally hit the streets in mid-March 1987, less than a month before ACT UP (AIDS Coalition to Unleash Power) was formed. The Collective eventually turned the rights of the poster to ACT UP who reprinted it, first without making any changes, but then reprinted it, again, with the correct names of the government agencies. This poster was not, as many have written, the work of artist collective Gran Fury. Gran Fury (named after the type of Plymouth automobile used by the New York City Police Department) formed in 1988, the year after this poster was designed.
Set Alert for Similar Items 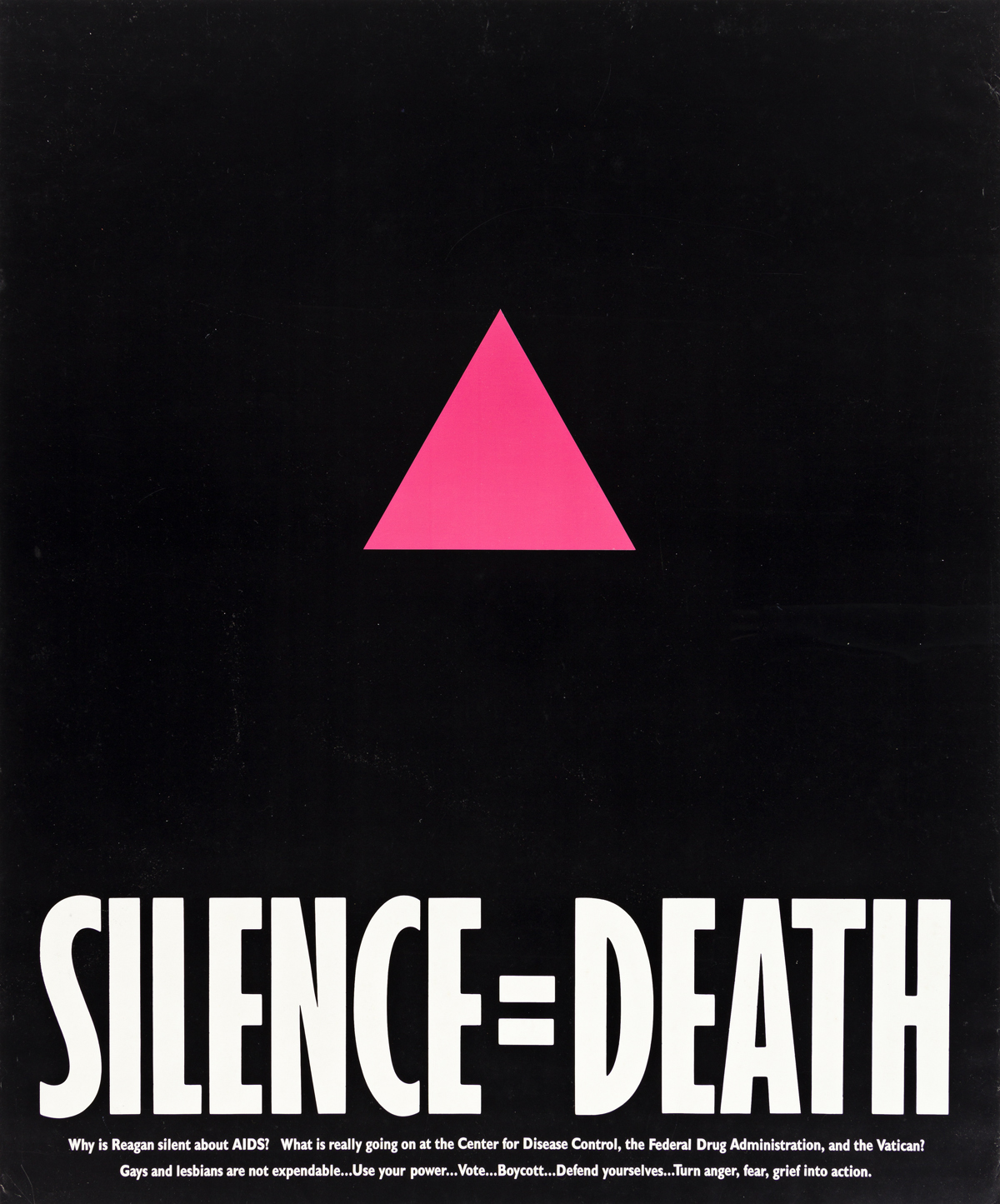