Lewitt (1928-2007) was a pioneering artist who helped establish Minimalism and Conceptualism during the postwar era. He studied art at Syracuse University, and after serving in the Korean War, moved to New York in 1953 to pursue cartooning and illustration. A short career as a graphic designer at the architectural office of I.M. Pei in 1955 was also extremely influential on Lewitt's artistic development. Beginning his career during the decline of Abstract Expressionism, Lewitt was initially unfocused in his search for an artistic identity. This changed in 1960 when he left his graphic design job and was hired to work at the book counter at The Museum of Modern Art. At The MoMA, he met fellow artists Robert Mangold (see lot 112) and Dan Flavin, also searching for a new mode of expression to break from the overly-individualistic, gestural works of the Abstract Expressionist movement.

Lewitt's experience at The MoMA, his admiration of the early works of Jasper Johns, Frank Stella and Robert Rauschenberg at The MoMA's landmark "Sixteen Americans" exhibition in 1959 and his interest in the photography of Eadweard Muybridge, who was active during the late 1880s and is known for his serially assembled images of people and animals in motion, all informed Lewitt's early painting style. He completed a series of works during the early 1960s, interpretations of Muybridge's moving figures, rendered in thick oil paint, quite distinct from his mature, geometric style. Lewitt's continued interest in sequences was manifested throughout the mid and late 1960s in sculptural works consisting primarily of cubes. By 1968, his works were entirely conceptual, and he began creating his famous "wall drawings," radically simplified pencil drawings made directly on walls. In the late 1970s, Lewitt moved to Italy, where he was greatly influenced by colorful Renaissance and post-Renaissance frescoes. This is evidenced in the dramatic transformation his work took in 1983 with the incorporation of color ink washes and new curved forms that Lewitt had not previously explored.
Set Alert for Similar Items 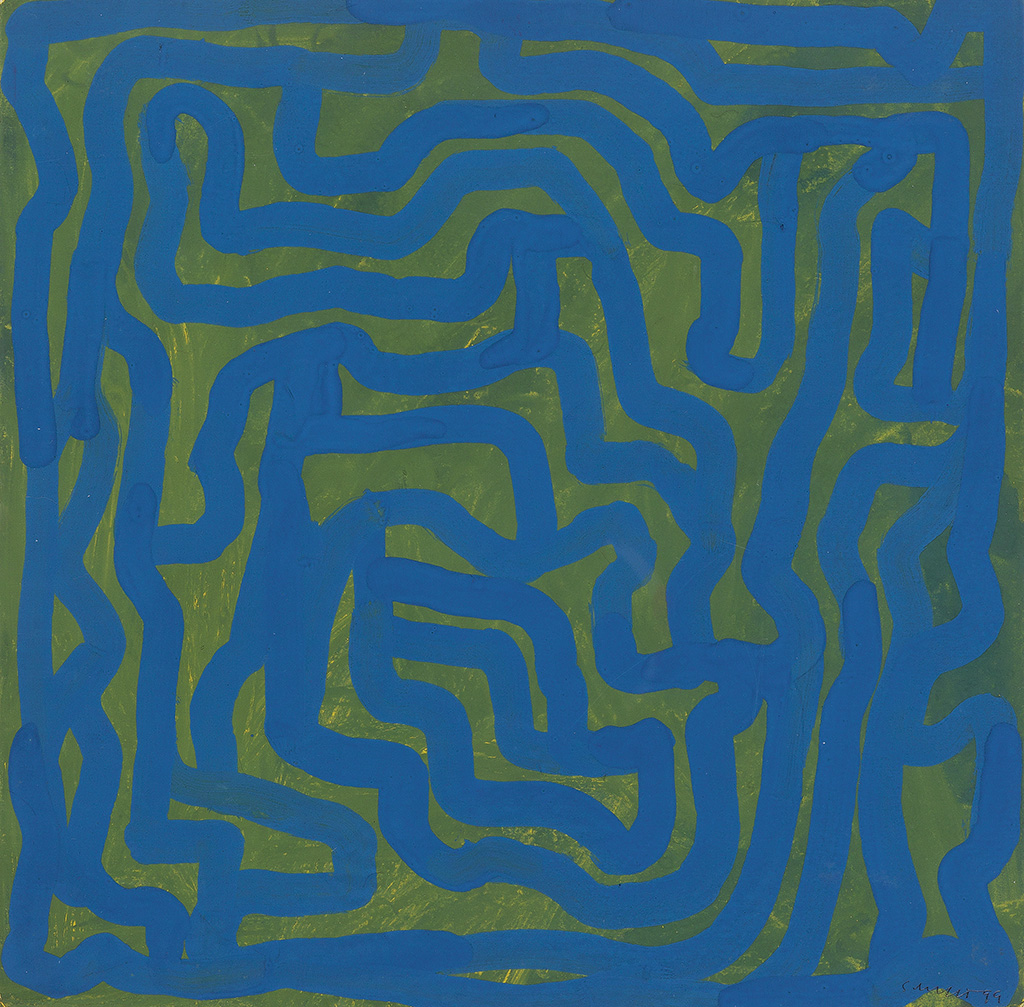