Price Realized: $ 30,000
Price Realized: $ 37,500
?Final Price Realized includes Buyer’s Premium added to Hammer Price
Estimate: $ 35,000 - $ 45,000
STENBERG BROTHERS (VLADIMIR, 1899-1982 & GEORGII, 1900-1933) [THE ELEVENTH.] 1928.
40 1/2x27 1/4 inches, 102 3/4x69 1/4 cm. Mospoligraf, Moscow.
Condition B+: repaired tears, small replaced losses and restoration in margins and along vertical and horizontal folds. Matted and framed.
"The Stenberg brothers produced a large body of work in a multiplicity of mediums, initially achieving renown as Constructivist sculptors and later working as successful theatrical designers, architects, and draftsmen; in addition, they completed design commissions that ranged from railway cars to women's shoes" (Stenberg Brothers p. II). Most notably, the Stenberg Brothers revolutionized the concept of the movie poster in the 1920s with their innate sense of design and a technique of their own devising, whereby photos from movies were projected onto canvases and traced in order to create photomontages. Having been given total artistic freedom within the early years of the new Soviet state, they were the first to abandon the standard promotional technique of realistically depicting movie scenes on posters. Film in Soviet Russia was viewed as an efficient and accessible mode of propaganda. This striking poster projects the word Odinnadstaty (The Eleventh), along the side of the poster and in both lenses of the man's glasses. The film documents the eleven years of progress since the October Revolution of 1917. Stenberg Brothers p. 45, Pack p. 125, Soviet Film p. 35, Avant Garde p. 70, The Poster 201, Mechanical Age pl. 54, Berman / Juan March p. 143, Clash of Ideologies p. 86, MoMA 135.2003.

From the estate of Alexander Kaplen.
Set Alert for Similar Items 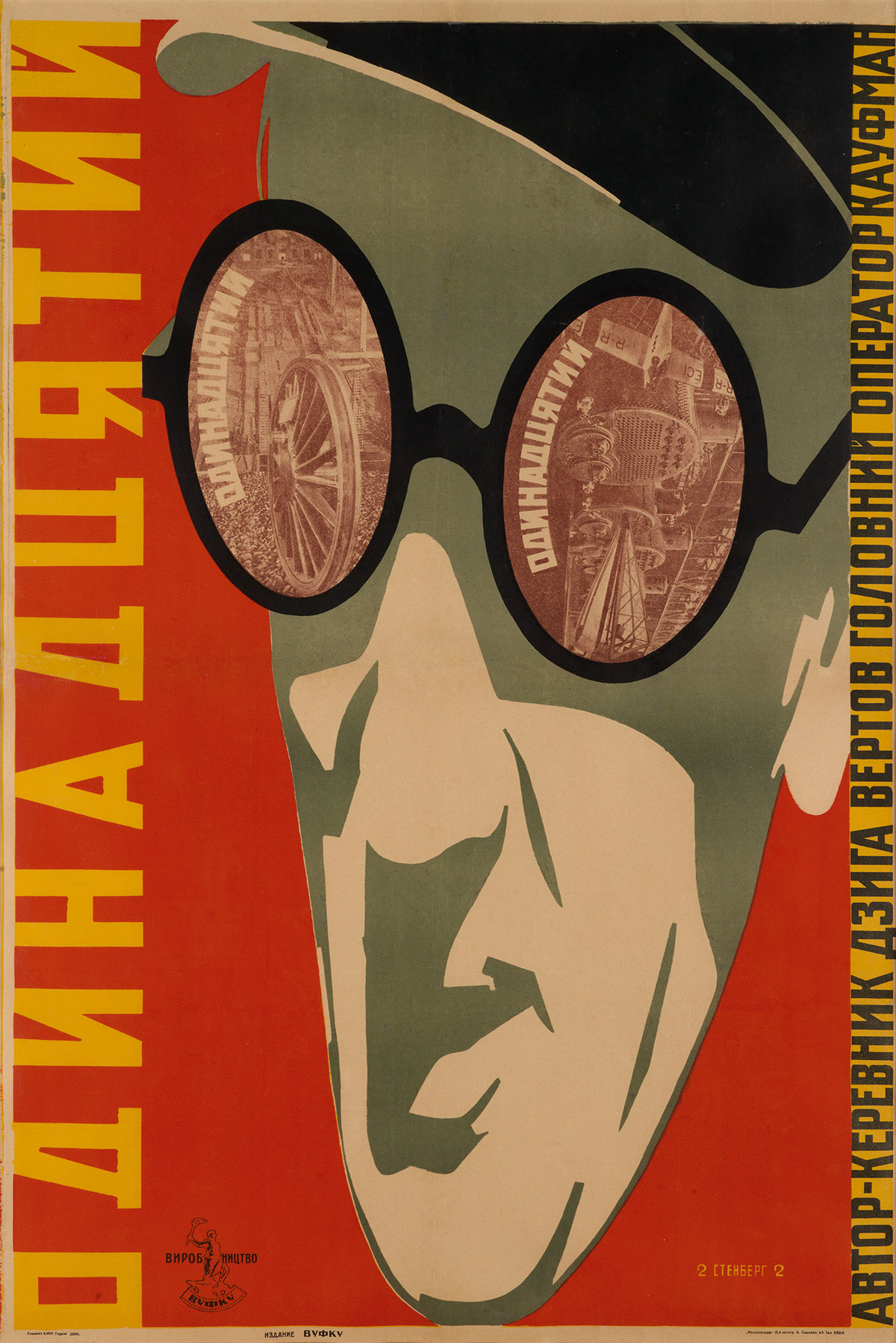