Over the course of six days in July of 1867, Sotheby, Wilkinson & Hodge sold the largest private library of Anglophone women's writing, collected by Reverend Stainforth in the 19th century. The catalogue lists 7,122 titles in over 8,000 volumes written and edited by more than 2,800 authors, almost all women. "Stainforth's library rejects this patriarchal model and makes a political claim that women—struggling working mothers, women of color, disabled authors, translators, children, aged writers, Jews, incarcerated poets, printers, schoolteachers, women who co-author with their husbands, survivors of assault, hymnists, those who publish only a single poem, and more—have a valued place in book history and on the shelf. He collected works by women writers not only from Britain but from America, Australia, Canada, and Asia who published between 1546 and 1866. His project, according to his catalog, was to collect a copy of every edition of every title by women poets, dramatists, and nonfiction writers before his death in 1866." (cf. https://stainforth.scu.edu/about/ [and] See Leuner, Kirstyn J. "Locating Women's Book History in The Stainforth Library of Women's Writing." Studies in English Literature 1500-1900, vol. 60 no. 4, 2020, p. 651-671. Project MUSE, doi:10.1353/sel.2020.0026.)
Set Alert for Similar Items 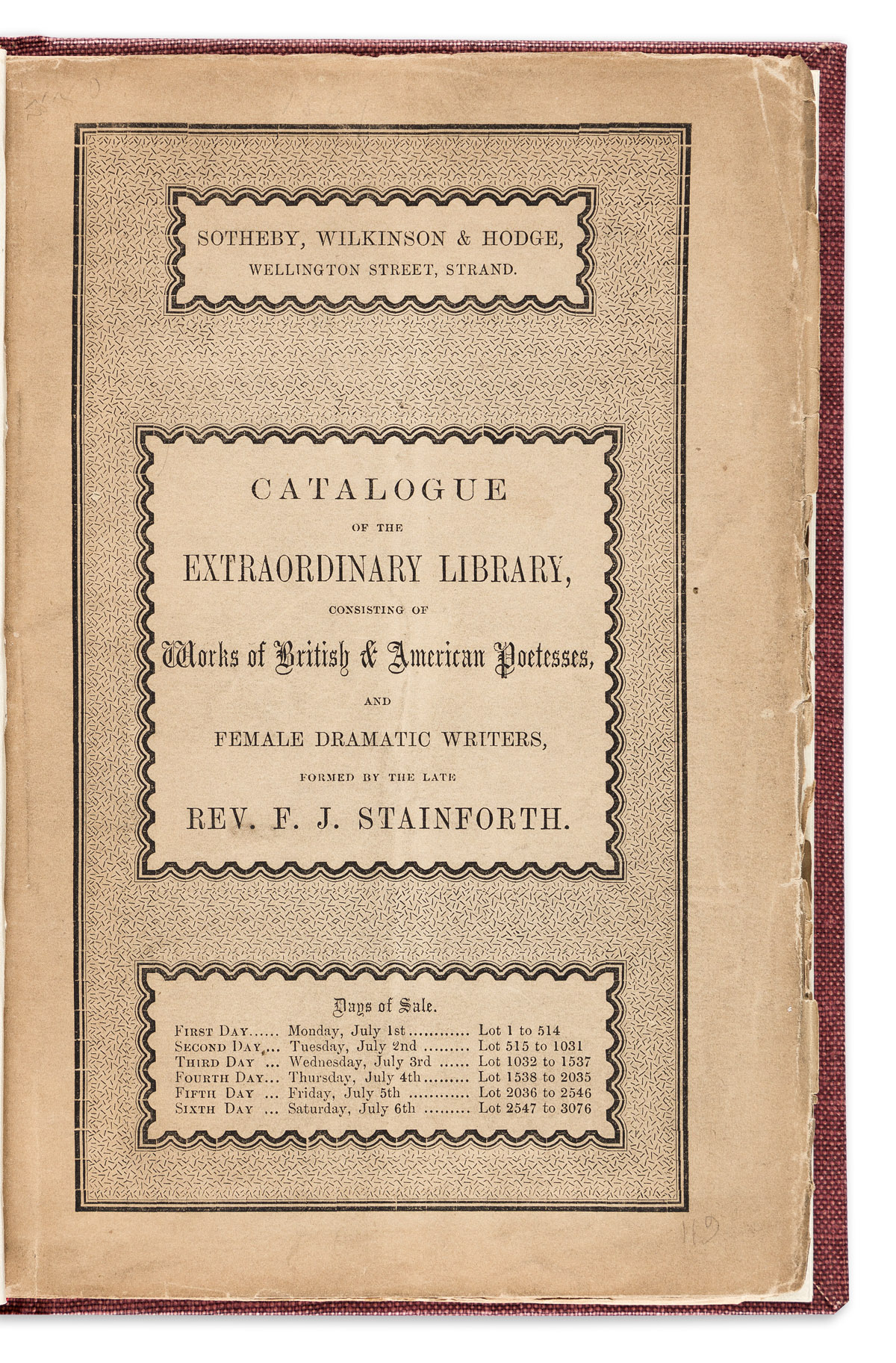