Exhibited: New Names in American Art, The G Place Gallery, Washington, DC, with the gallery label on the frame verso; The Renaissance Society, The University of Chicago, October 7 – October 31, 1944.

Confirmation is an extraordinary example of a modernist painting by Thelma Johnson Streat, and a fascinating representation of African-American womanhood. Another gouache of hers, Rabbit Man, 1941, was the first painting by an African-American woman to be exhibited and purchased by the Museum of Modern Art, New York, in 1942. Confirmation conveys Streat's focus on the many abstract forms found in Native American, Asian and African art - a modernist interest she had in common with the Bay Area sculptor Sargent Johnson. Indeed, there are strong stylisitc similiarities between this figure and Johnson's sculptures Forever Free, 1933 and Negro Woman, circa 1935, both in the collection of the San Francisco Museum of Modern Art.

Born on August 29, 1912, in Yakima, Washington, Streat began painting at the age of seven and received art training at the Portland Museum Art School in the mid-1930s. Streat moved to San Francisco in 1938 and began working in Works Progress Administration art programs. She participated in exhibitions at the De Young Museum, the San Francisco Museum of Art, and others. She also painted murals that attracted attention for their intense content, such as her 1943 Death of a Black Sailor, which drew threats from the Ku Klux Klan. Her work is found in the collections of the Museum of Modern Art, Mills College, Oakland, the San Francisco Museum of Art, and the Honolulu Academy of the Arts; a one-person retrospective of her work was exhibited at the Portland Art Museum in 2003.
Set Alert for Similar Items 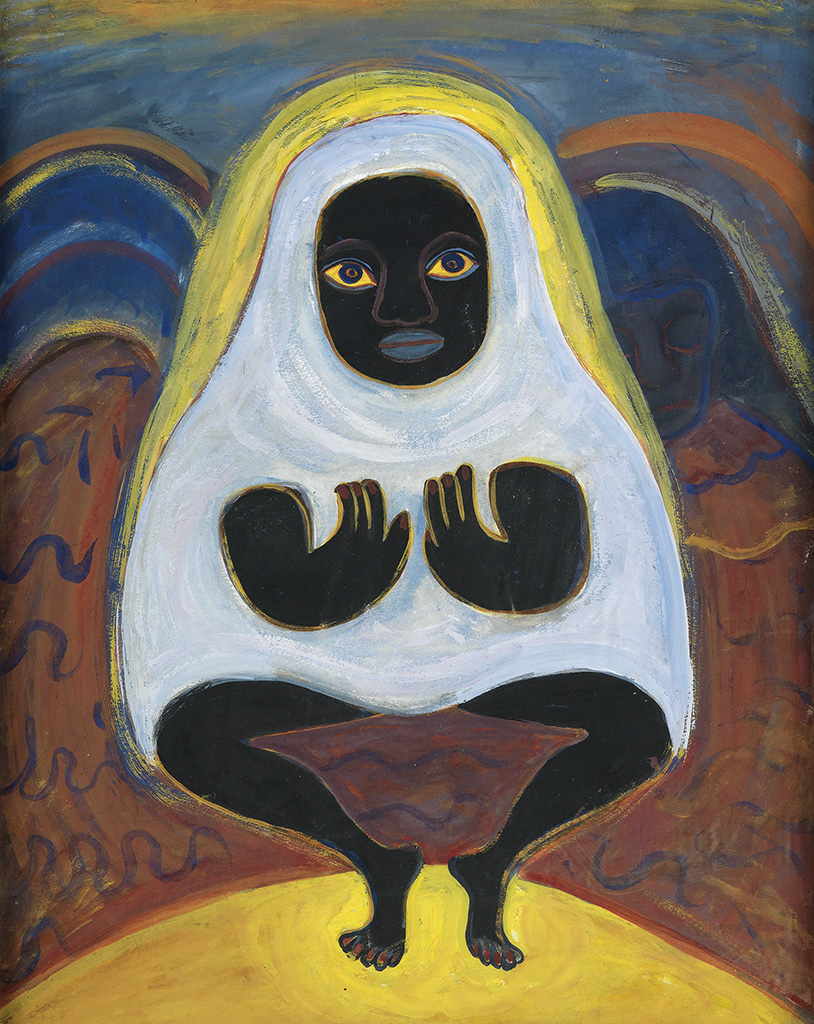