Artists angered by what they saw as a bias of juror selection for a pending exhibition at the Metropolitan Museum of Art, wrote an open letter to the museum president, Roland L. Redmond, stating their grievances. The letter was penned by Adolph Gottlieb, and signed by many, including Jimmy Ernst, Theodoros Stamos, Ibram Lassaw, and Robert Motherwell. Barnett Newman delivered the letter to the New York Times, and it appeared on the front page Monday, May 22, 1950. This rebellious act by a handful of artists caused such a stir, Life magazine published a follow-up article complete with a black and white image of some of the artists, captioned The Irascibles.

Several of the New York School artists, such as Stamos, Mark Rothko, William Baziotes, and Hard Edge painter, Nassos Daphnis had a period of exploring abstracted organic forms. Theodoros Stamos painted many works utilizing sea forms as a basis for his abstractions. These root sources for inspiration are reminiscent of Wassily Kandinsky's biomorphic period, inspired by his introduction to microscopic images of life forms.
Set Alert for Similar Items 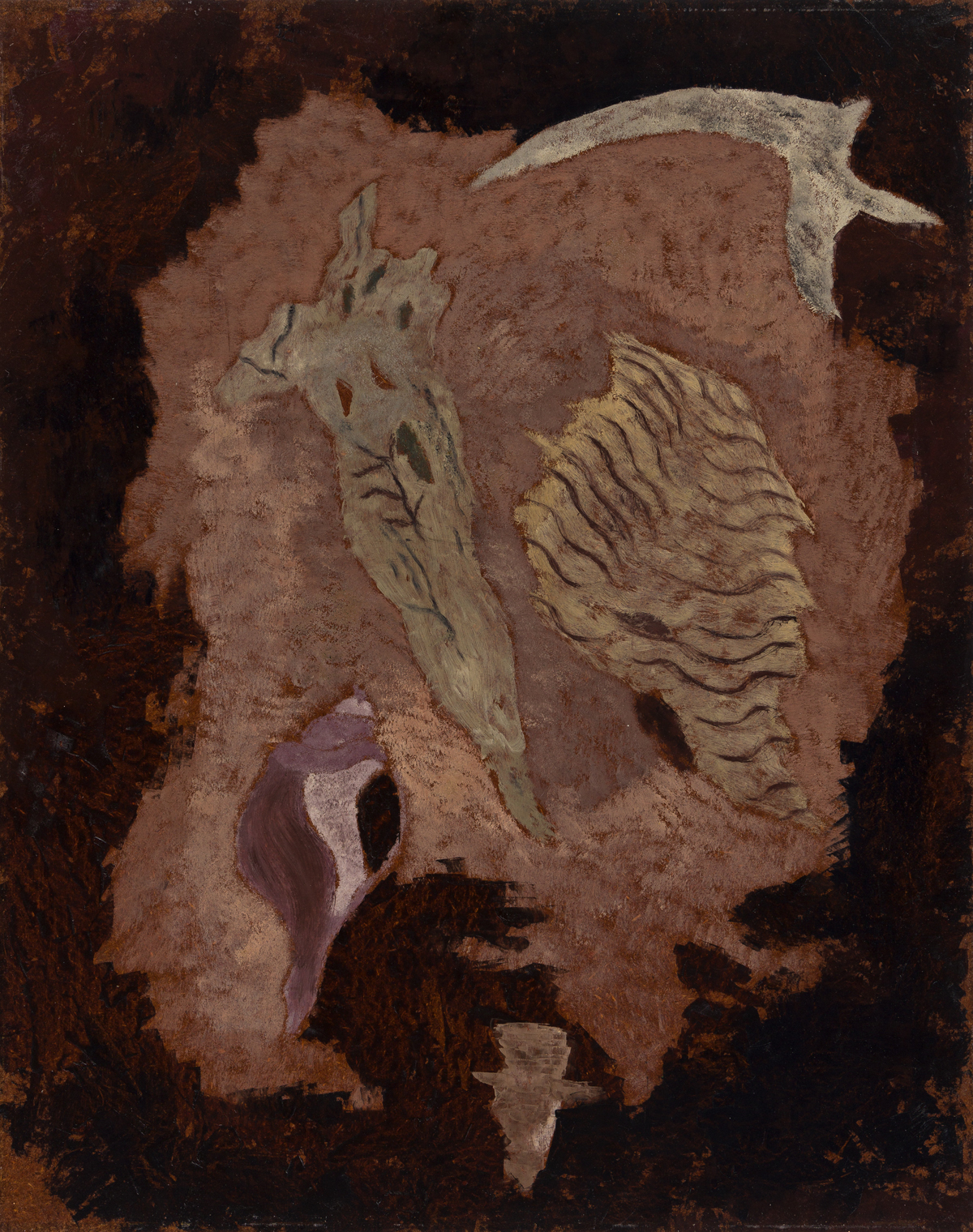