This figurative painting was acquired from one of the artist's first gallery exhibitions while Kaphar was a BFA student at San Diego State. Kaphar received an MFA from the Yale School of Art in 2006, and was the distinguished recipient of the Gwendolyn Knight and Jacob Lawrence Fellowship in 2009. His work has been included in solo and group exhibitions at Savannah College of Art and Design, Savannah, GA, the Studio Museum in Harlem, New York, NY and the Seattle Art Museum, Seattle, WA. His work is included in the collections of the New Britain Museum of American Art, New Britain, CT, the Seattle Art Museum, Seattle, WA, the Museum of Modern Art, New York, and the Studio Museum in Harlem, New York, NY. In late 2014, TIME magazine commissioned Kaphar to create an artwork in response to protests in Ferguson. Biography courtesy of Jack Shainman Gallery.
Set Alert for Similar Items 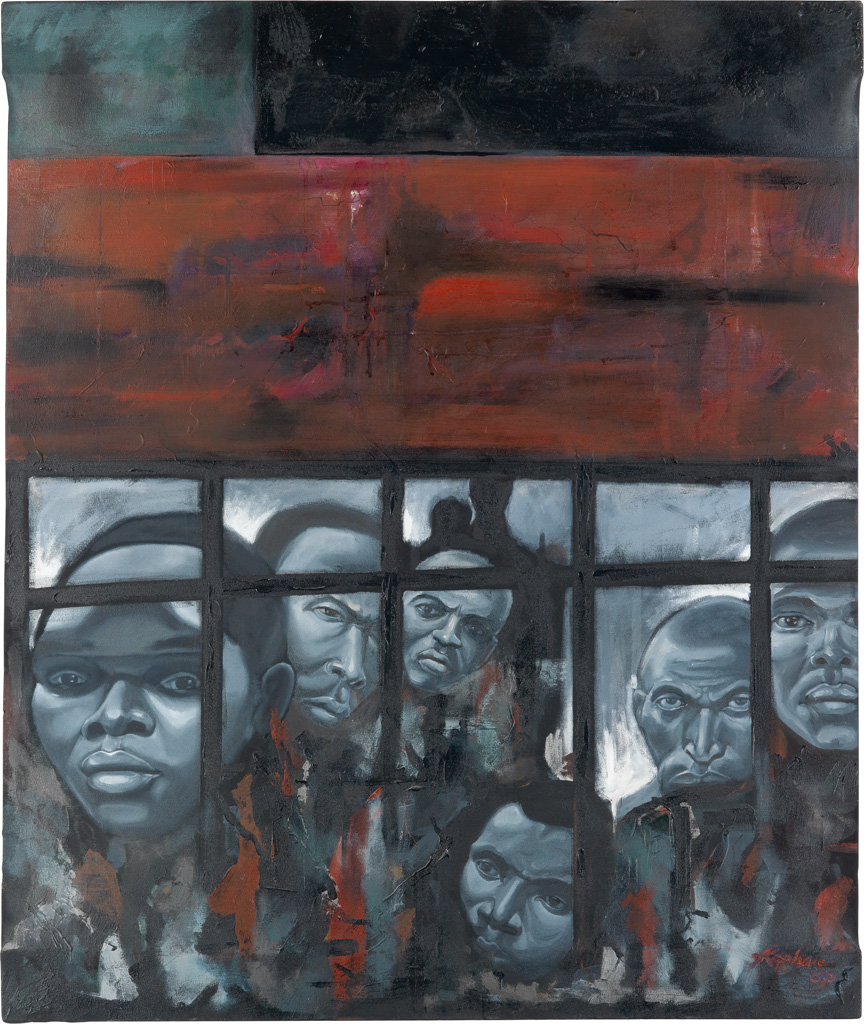