Mankala (oware) is a popular bead game across West Africa, including Ghana, where Tom Feelings and Maya Angelou met in the early 1960s.

Tom Feelings, well known artist and illustrator, was born in Brooklyn, New York. Feelings attended the School of Visual Arts in 1957 after serving in the Air Force where he worked in London as a staff artist for the Graphics Division. In 1962, he had his first commercial success when his drawings of the South were published in Look magazine. In 1964, Feelings traveled to Ghana, where he spent two years working for the Ghanaian government magazine, The African Review, teaching illustration, and serving as an art consultant for the government publishing house.

In 1966, he returned to the United States to concentrate on illustrating books with African and African-American themes. Feelings received numerous awards for his illustrations including the Newberry Award in 1969, the Caldecott in 1972, the Coretta Scott King Award in 1979, 1994 and 1996 and a nomination for the American Book Award in 1982. From 1971 to 1974, Feelings lived in Guyana, South America, working as a teacher and consultant for the Ministry of Education, training young artists in textbook illustration. He received a National Endowment for the Arts Visual Artists Fellowship Grant in 1982. He was an artist-in-residence at the University of South Carolina from 1990 to 1995.
Set Alert for Similar Items 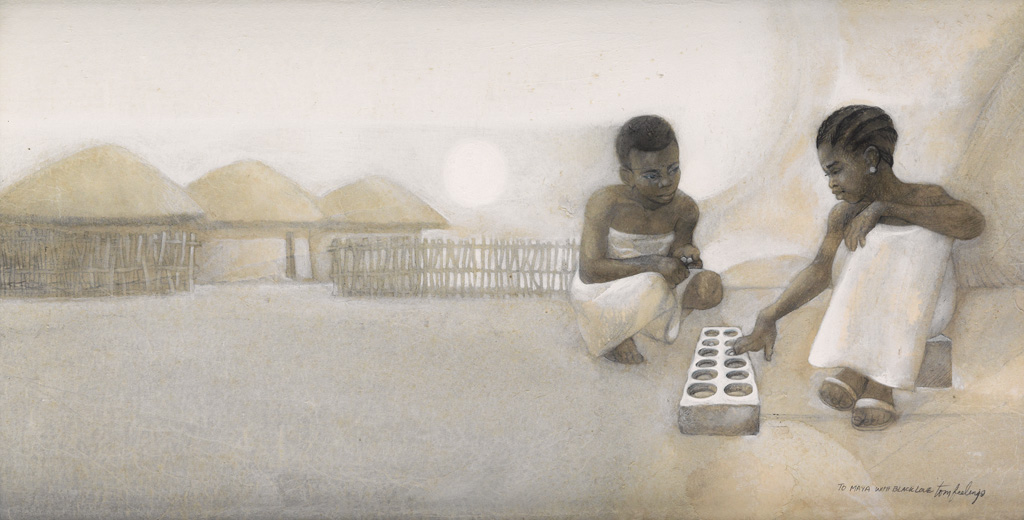