This illustration appeared in Marquis de Sade: Justina cili prokletí ctnosti, published in 1932 in an edition of only 200 by Jindrich Štyrský, Prague.

Upon returning to Prague in 1928, Štyrský and Toyen continued to live together and alternatively hosted and visited André Breton among other proponents of the Paris Surrealist movement during the mid-1930s. Signing their Parisian counterparts' manifesto, Štyrský and Toyen founded the Surrealist chapter in Prague. Though the group ran parallel with the French, the Prague Surrealists developed their own identity characterized by phantasmagorical forms.

During World War II and the occupation of Prague, Toyen was one of the few who secretly produced "degenerate" avant-garde works. After Štyrský's death in 1942 and the end of the war, Toyen relocated to Paris and continued to exhibit art with the Surrealists, becoming a major figure in the movement. 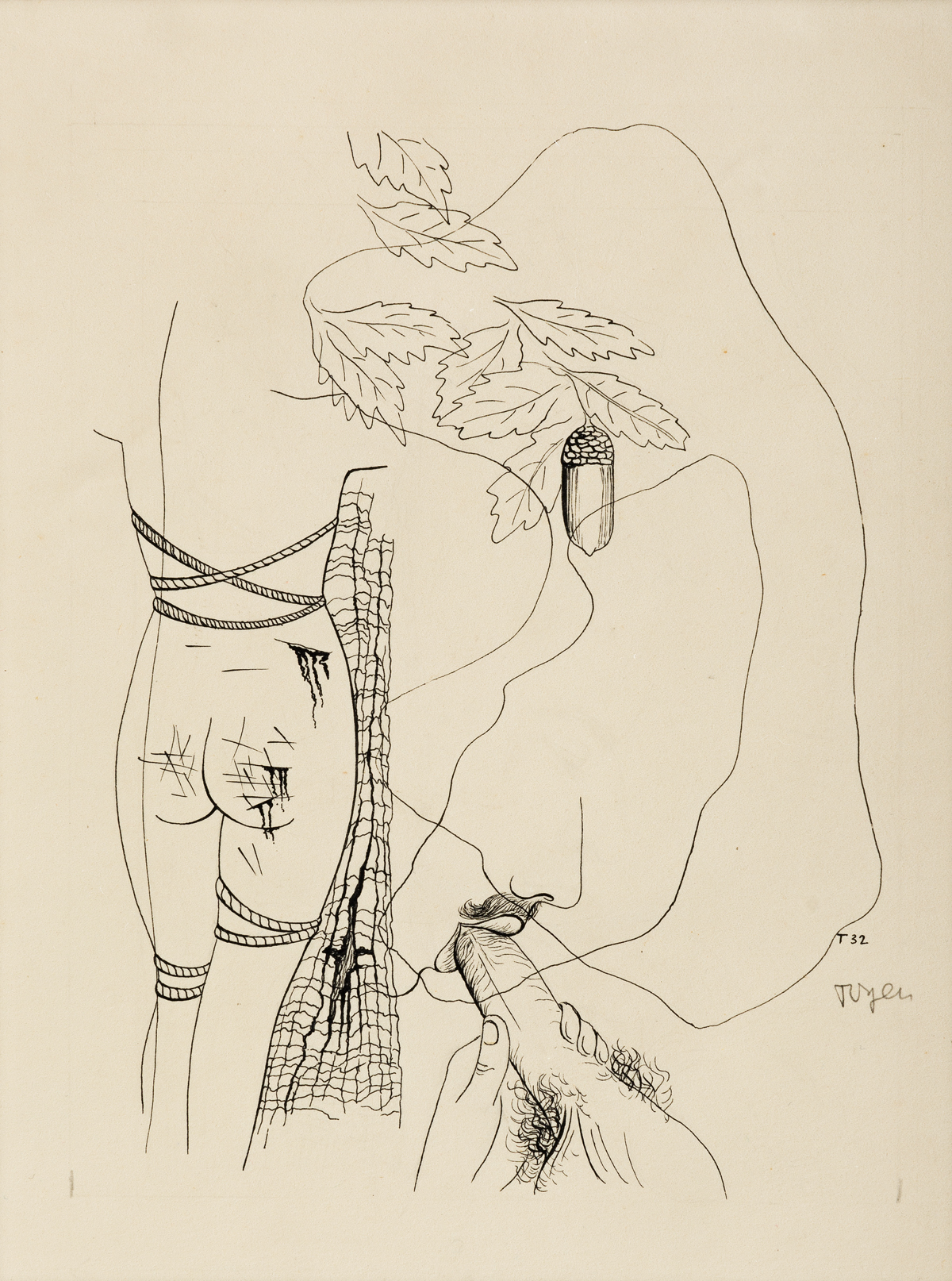