Folio, title page printed within elaborate woodcut compartment adorned with numerous sculptural figures, with Cleopatra at the base; with Grolier's inscription on the colophon leaf, somewhat effaced, "Jo. Grolierii Lugdunens et amicorum"; several inscriptions on title inked out; bound in full contemporary tan calf by Etienne Roffet, with blind ruled compartments, a gilt arabesque outer border with fleur-de-lis at each corner, the central compartment decorated with a multi-tool cartouche constructed of a series of gouges, with a flaming pyre and dancing flames at the top and bottom of the compartment, tooling on the back board identical, all edges gilt; lacking original cloth ties, fly-leaves, and final blank; very neatly mended at the joints and corners; ex libris Lucien Goldschmidt; accompanied by a 1971 letter from Howard Nixon to Goldschmidt attributing this binding to Roffet; in addition to a typed letter signed by Jacques Guignard in 1967 in his capacity as Chief Conservator of the Bibliothèque de l'Arsenal in Paris, affirming the same attribution; housed in a custom black morocco folding case, some limited areas of light dampstaining to inner margins, generally fresh, 12 x 7 3/4 in.

Jean Grolier de Servières (c. 1489-1565) was a bibliophile extraordinaire whose name is synonymous with fine printing, bookbinding, love of scholarship and sharing these arts with friends. Books in which Grolier identifies as, "Lugdunensis," from Lyon, are from the earliest phase of his collecting. Modern scholarship has surmised that he owned at least 500 books, but his generous lending to friends meant that some books were never returned, resulting in early dispersals into other collections. Etienne Roffet, son of master bookbinder Pierre Roffet, continued his father's work, serving as the first official royal bookbinder for François I in 1539. 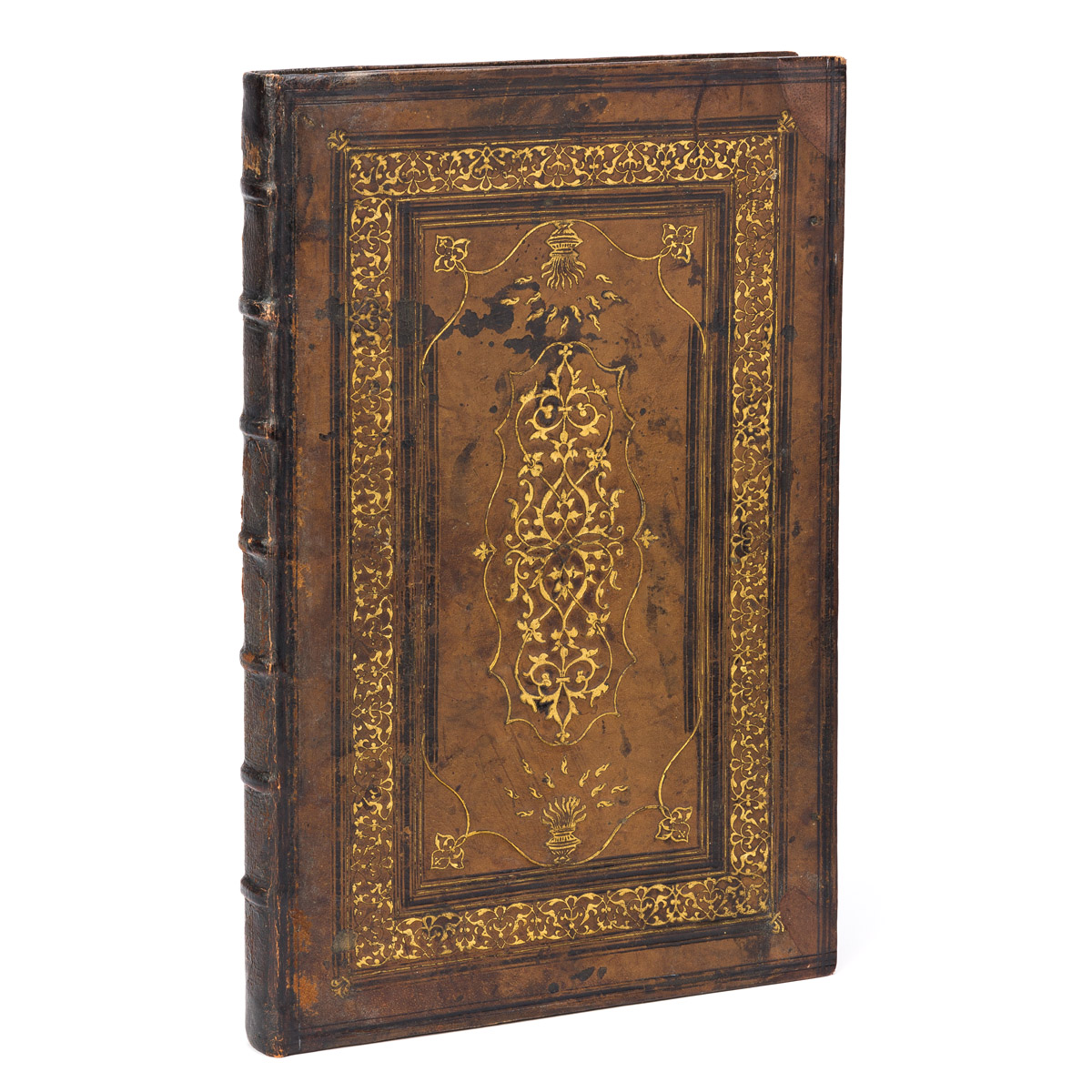