As Bruce Davis notes in his introduction to the Cirrus Editions catalogue raisonné, "Celmins's landscapes are among the most singular produced during this period and have earned an international reputation for their intensely focused views of nature. In the late 1960s Celmins turned from making paintings and sculptures (with their subjects of common household objects and airplanes) to drawing, specifically renditions in graphite of ocean surfaces, desert floors and skies. Given her interest in draftsmanship, not surprisingly shortly thereafter she made her initial foray in 1970 into lithography at Tamarind, with a closeup view of the ocean surface. The following year she made her second print, Untitled (Desert), at Cirrus; in 1972 came Untitled (Ocean) and in 1975 Untitled Portfolio: Ocean, Desert, Sky, Galaxy. These lithographs are notable for their striking contrasts between their apparent naturalism and their distinctive compositional point of view, made especially intense and surreal by the elimination of horizon lines. Without any suggestion of fore-, middle- and background, the images become surface patterns compressed without space onto the picture plane, and the viewer's gaze is directed quite forcefully into examination of the subjects," (Davis, Made in LA, The Prints of Cirrus Editions, Los Angeles, 1995, page 23). Davis page 205.
Set Alert for Similar Items 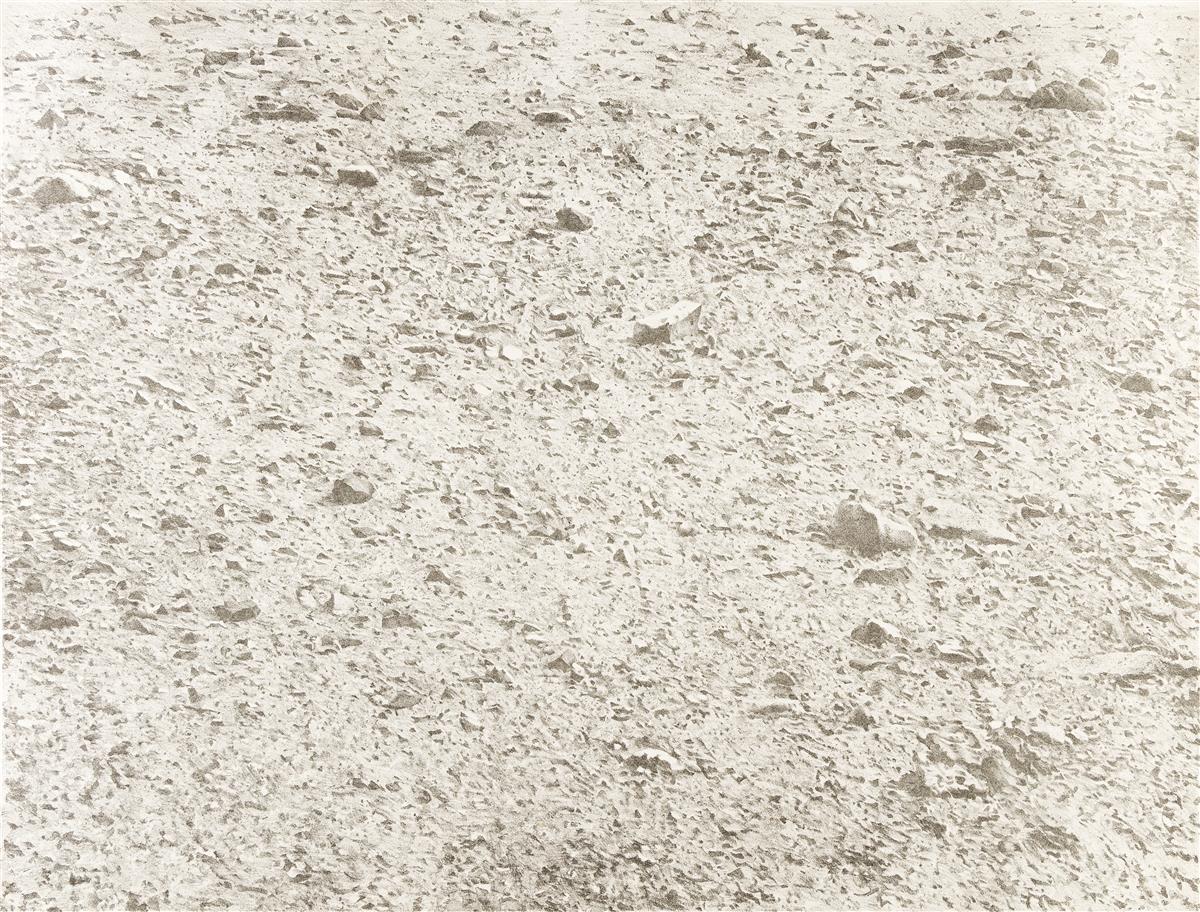