Provenance: the artist; thence by descent to the current owner.

Born in New York in 1905, Vivian Schuyler Key was the first African-American female to pursue a degree in art at Pratt Institute, graduating in 1923. She worked primarily in New York, and designed several covers for Crisis magazine, the publication of the N.A.A.C.P. Her artwork is known for exploring the African-American experience, usually focused on subjects who possessed a quiet, everyday strength. Schuyler's work was included in Forever Free: Art by African American Women, 1862-1980, organized by Illinois State University, and this particular work was included in the artist's solo exhibition, Vivian Schuyler Key: Artist of the Harlem Renaissance and Beyond, at the Hammonds House Museum in conjunction with the 2012 National Black Arts Festival, Atlanta, Georgia. This watercolor is the first work of the artist to come to auction.
Set Alert for Similar Items 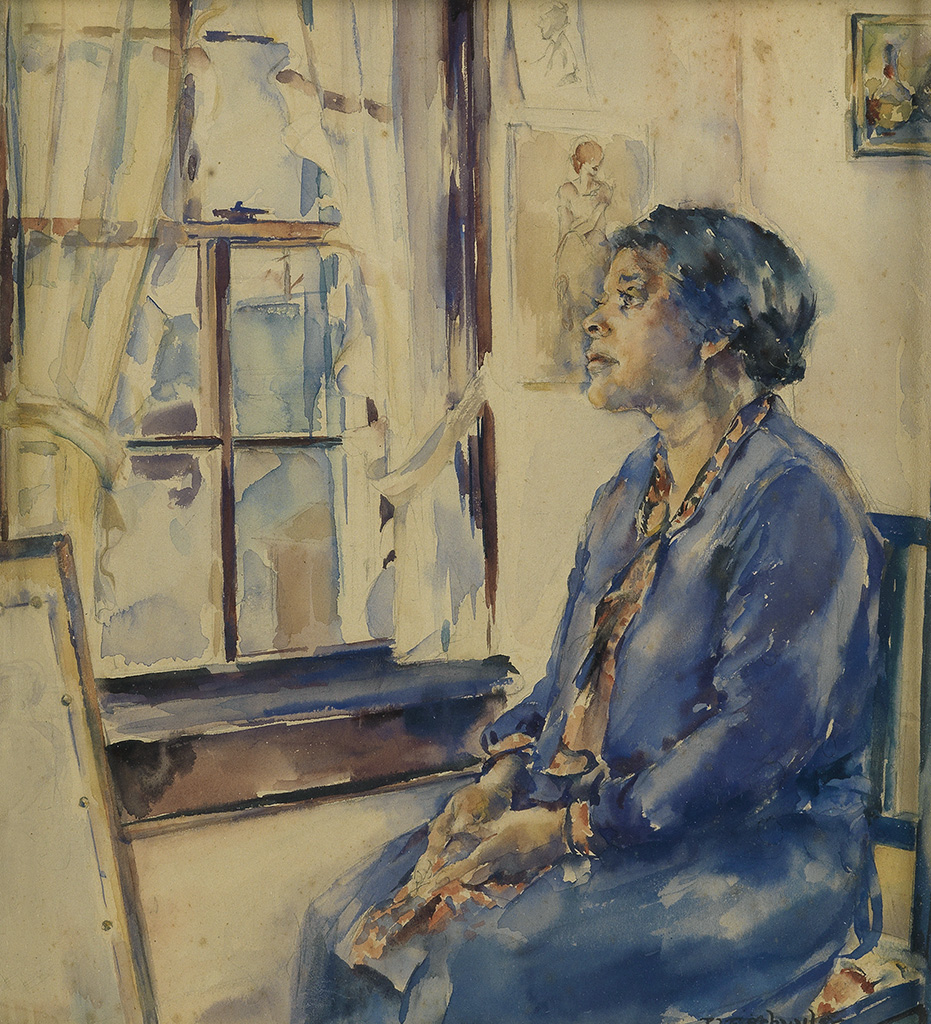