Vokins was an ardent member of the Society of Friends who traveled as a transatlantic missionary of faith. She arrived in Oyster Bay, Long Island in New York early in 1680, traveling with her friends Sarah Yoklet and Lydia Wright. Her main objective was establishing Women's Meetings in the colonies as she had done at home in Charney Bassett, England. She visited Providence, Rhode Island; Boston; East & West Jersey; Pennsylvania; Barbados; Nevis; and Antigua. While in Barbados, she led meetings with Black and white congregants, "and the power of the Lord Jesus was mightily manifested, so that my Soul was often melted therewith, even in the Meetings of the Negro's or Blacks." This posthumously published work is a collection of Vokins's letters, many written during her journey. Supporting prefatory material is contributed by several other Quaker women, including Theophila Townsend (1656-1692). The Society of Friends' strong stance on gender equality meant that Quaker women were able to see their own work in print during the 17th century, even as they were simultaneously jailed, executed, and otherwise persecuted for their beliefs. 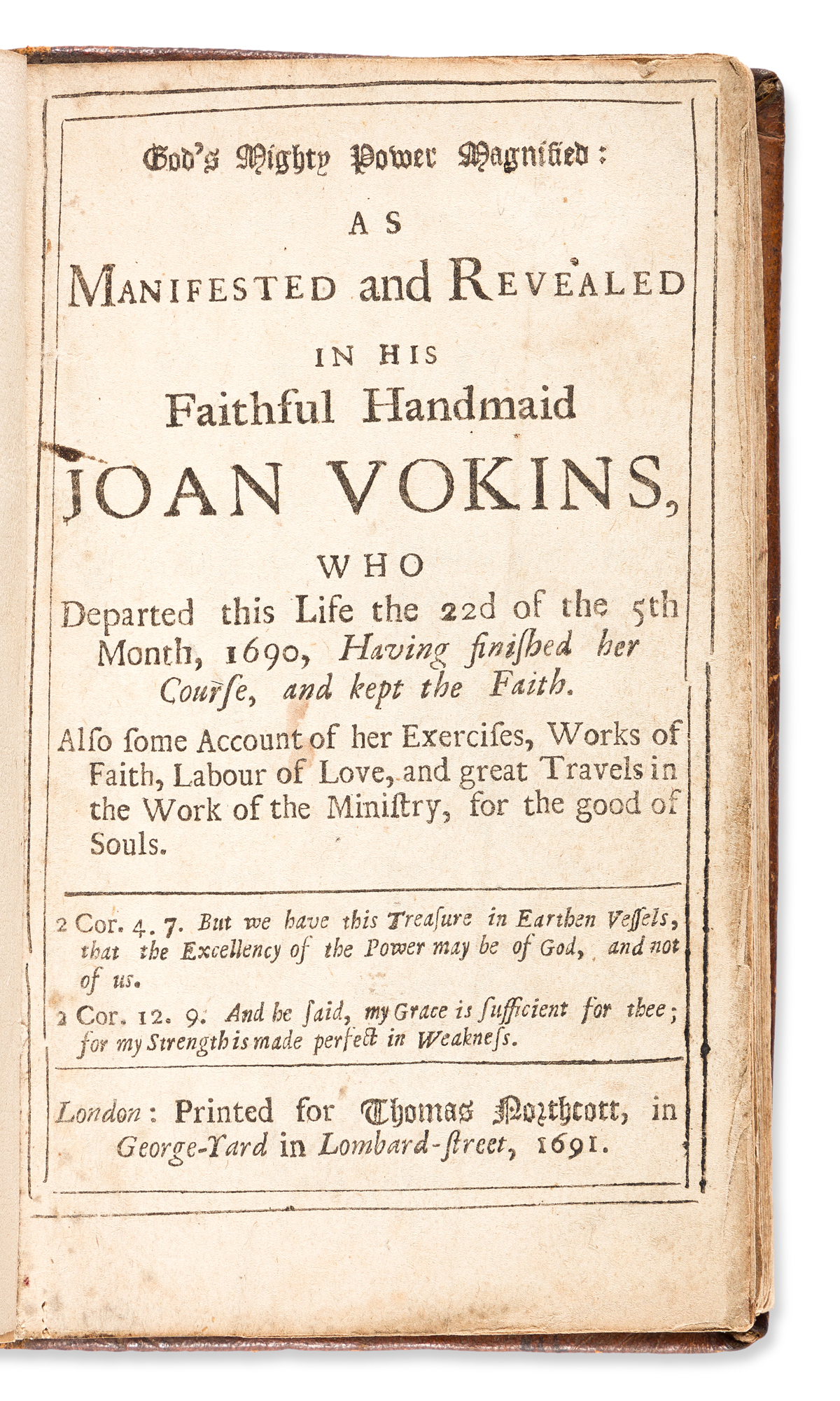