This excellent, vibrant canvas of Wadsworth Jarrell is the earliest and largest of his significant 1970s paintings yet to come to auction, painted at the height of AfriCOBRA. In this painting, Jarrell clearly displays the goals of political and social consciousness of the AfriCOBRA collective. Using their bright "cool-ade" colors, Jarrell depicts a bustling underground urban scene that reflects the community of African-Americans in Chicago. Throughout he paints the letter "B", vibrating and bouncing across the composition, across the walls and people's clothes. Here, as in his many other paintings, the repeated "B" symbol represents 'beautiful,' 'blackness' and 'bad.' Jarrell uses the posters to hint at the struggle above; on the left is a poster for Edward G. Barret, the County Clerk of Cook County, a lifelong white city politician and on the far right is the tag of "Blackstones BPS", a black gang from the south side.

Wadsworth Jarrell is a leading figure of the Black Arts movement and one of the founding members of the African Commune of Bad Relevant Artists (AfriCOBRA), the artist collective that he and fellow artists Barbara Jones-Hogu, Jeff Donaldson, Jae Jarrell (Wadsworth's wife since 1967), Napoleon Henderson, Nelson Stevens and Gerald Williams formed in Chicago in 1969. Jarrell is best known for his 1971 iconic painting Revolutionary, now in the collection of the Brookly Museum, that was first exhibited at the Studio Museum in Harlem in the AfriCOBRA II exhibition from 1971-72 and recently in the influential travling exhibition Soul of a Nation. Douglas pp. 42 - 43.
Set Alert for Similar Items 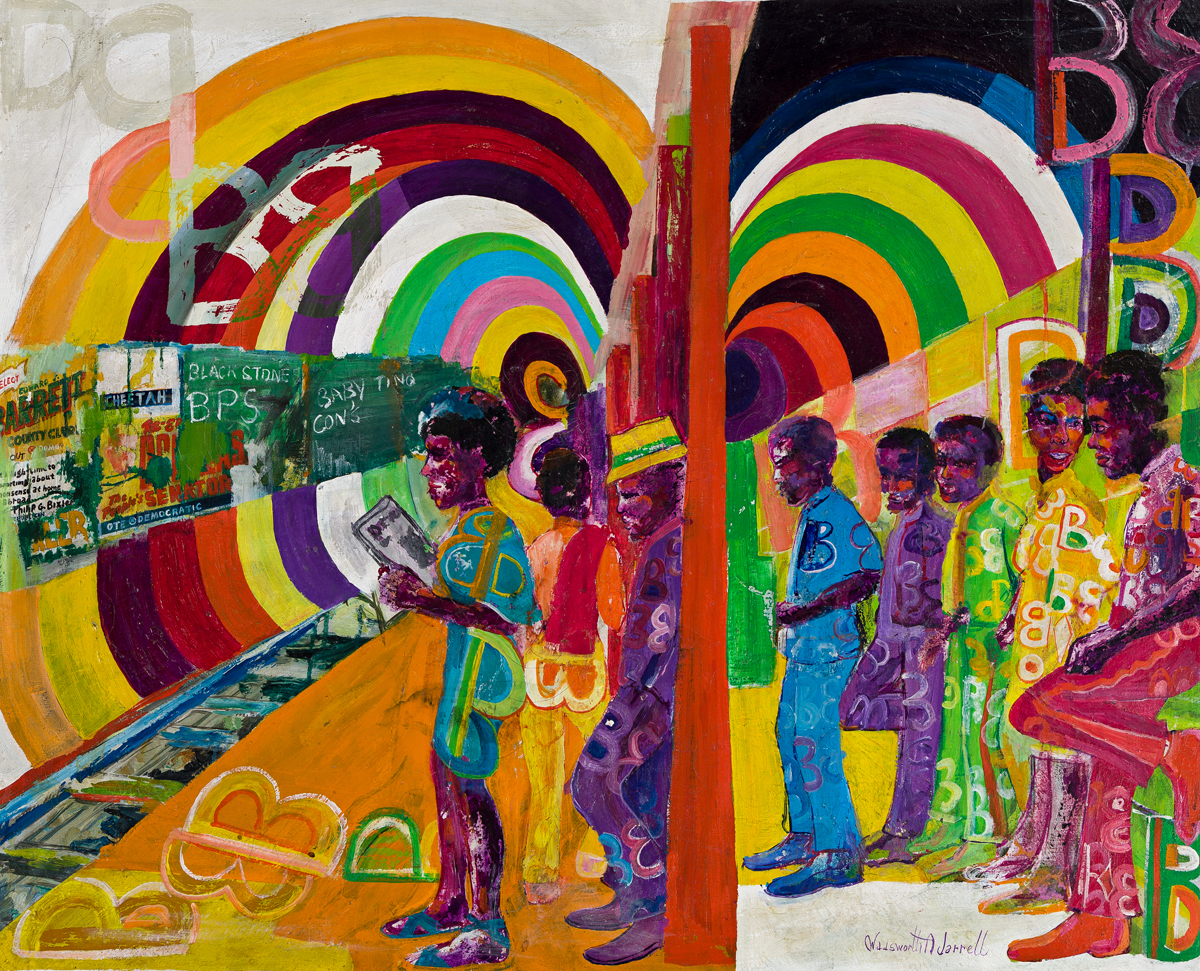