By the late 1940s, Walker Evans had had his photographs published in numerous magazines, among them TIME, Harper's Bazaar and Architectural Digest. His important solo exhibition at the Museum of Modern Art, in 1938, and the publication of his remarkable monograph, American Photographs, ensured his reputation as a prominent artistic figure.

In 1945 Evans was hired by Fortune magazine, a business publication launched by Henry Luce; he was its only staff photographer. (Interestingly his name does not appear on the mast head.) Evans, who was known for his quirky, anti-authoritarian sensibility, may have seemed an unlikely hire for the journal but Luce's high-minded aesthetic aspirations for the publication apparently attracted him.

Fortune's May 1947 issue contained a lengthy article entitled "The Rebirth of Ford." The story addressed the Ford Motor Company's restructuring under the direction of the, then, 28-year-old Henry Ford II. The article featured five images by Evans, along with a rendering of the 1076-acre River Rouge plant and portraits of team members. Given Evans' distinctive approach to picture-making, an elegant documentary-style that privileged the everyday, his photographs convey a strong visual counterpoint to the magazine's other content: colorful upscale advertisements, schematic charts and graphics, and bland portraits of ambitious executives in power suits.

The painter and photographer Charles Sheeler's iconic photograph River Rouge Plant, Ford Motor Company, Detroit (1929) predates Evans' image by more than fifteen years. Sheeler's study, which was commissioned by an advertising agency, depicts a similar view but focuses on pure form. Evans' image and editorial approach, while also reflecting standards associated with modernist practice, is not utopian. Rather his vantage point conveys the geometric rigor of cris-crossed conveyors but in a classic industrial setting. Additional foreground details in Evans' composition, notably the signage with Ford's logo, are vernacular features unique to his pictorial style.

The negative for this photograph is at the Metropolitan Museum of Art. At the time of Swann's catalog publication, the photographic print offered in this lot is the only extant version. 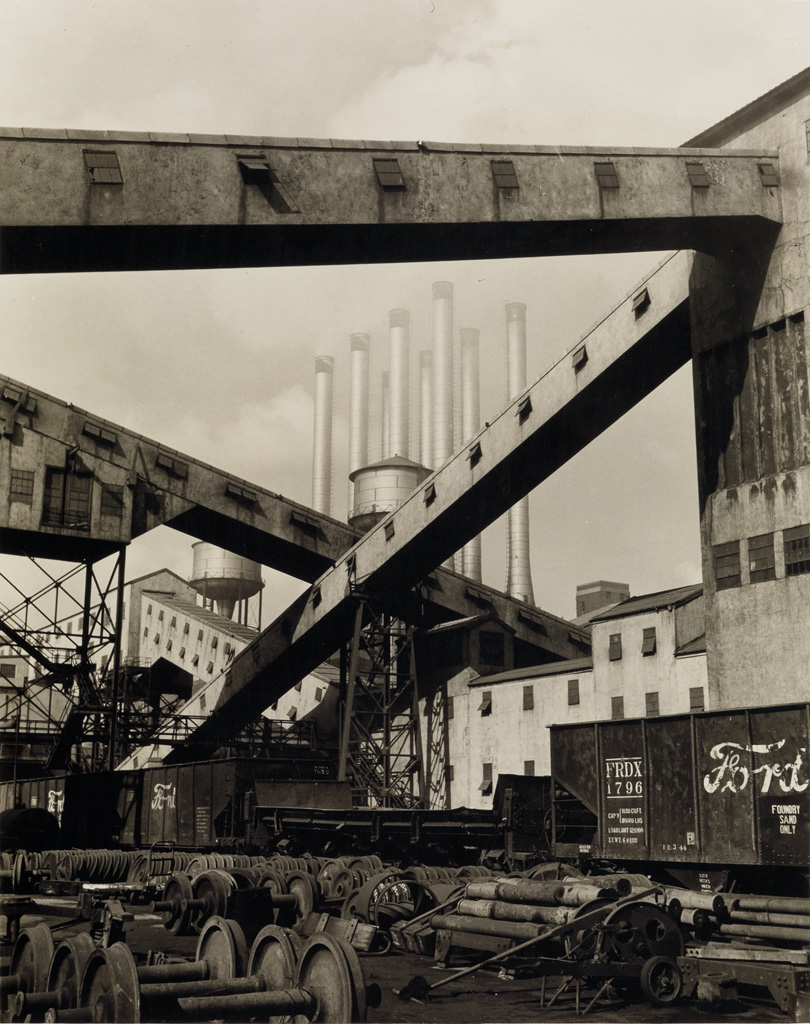