Southern Landscape could be described as Walter Williams' most important painting, as it is one of his best known artworks and a seminal one in his career. This painting with collage incorporates all his signature devices of children in Southern landscapes of flowers, moths, blackbirds and butterflies with an experimental investigation of paint surface and texture. Walter Williams creates a dense surface out of an expressive, almost organic build up of brushstrokes, dots, drips and daubs of paint. Small collaged elements become leaves, wings and petals - the head of a woman appears to the left of the painting. Williams deftly contrasts the innocence of a sunny day in the life of a young boy, with the darker underside of a tree stump and its massive root structure - reflecting both the physical and emotional losses during the Civil Rights era.

Born in Brooklyn, the painter, printmaker and sculptor Walter Williams studied art at the Brooklyn Museum Art School under Ben Shahn, Reuben Tam and Gregorio Prestopino from 1951-55. His social realist New York City street scenes were exhibited as early as 1952 at Roko Gallery, and included in 1953 in the Annual Exhibition of Contemporary American Painting at the Whitney Museum. But after receiving a John Hay Whitney Foundation fellowship in 1955, which he used to travel to Denmark in 1956, Williams left behind the stark subjects of the city for a warmer, poetic countryside. He found a new level of expression in a series of imaginary Southern landscapes and inspiration living abroad. It became a subject the artist would revisit again and again for the next twenty years.

Southern Landscape became well known nationally from its inclusion in the important 1976 nationally touring exhibition, Two Centuries of Black American Art, organized by David C. Driskell. The catalogue notes by Leonard Simon chose to emphasize the contemporary nature of his 1960s painting, "What is impressive about Williams' paintings, however traditional his formal devices may sometimes appear, is the fact that what he produces is always completely contemporary....This is not an art straining against its own limitations, but one that is exploring newly discovered and infinitely flexible means of expression." This critically and popularly acclaimed exhibition introduced African-American art to a mainstream museum audience, and reunited the expatriate artist with his American peers. Driskell p. 192.
Set Alert for Similar Items 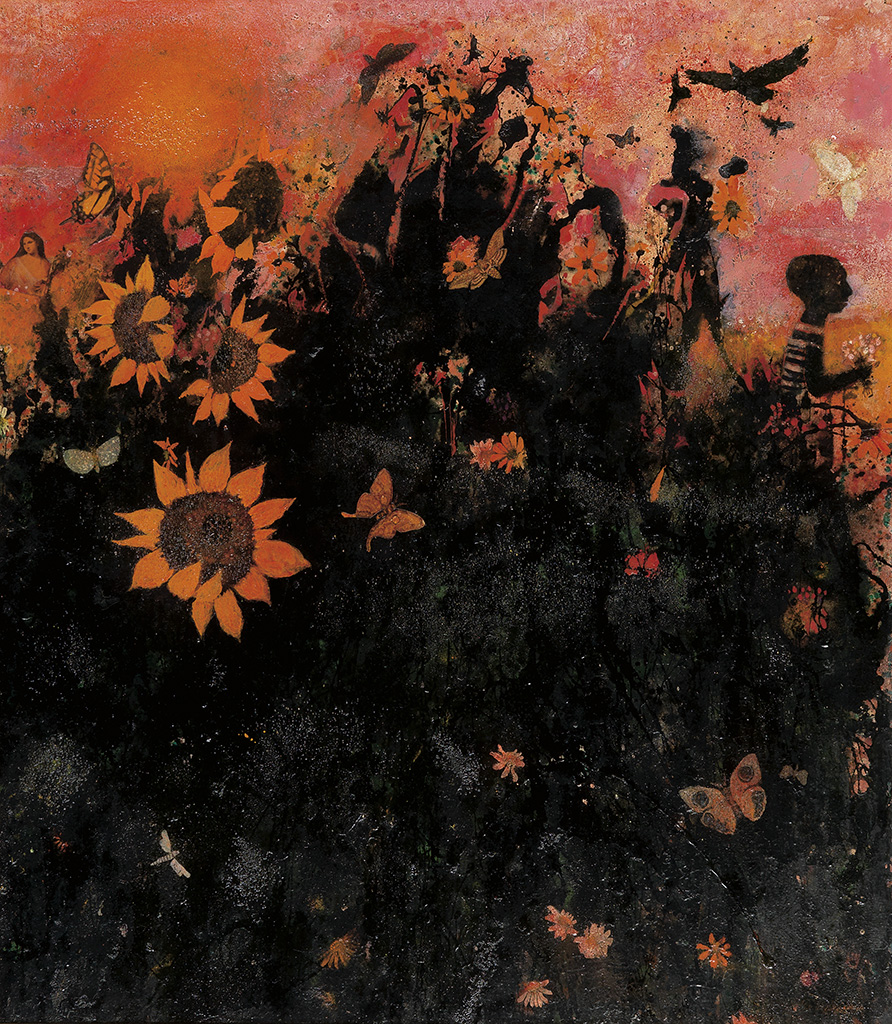