Provenance: acquired directly from the artist; private collection, Oregon (circa 1951-52). The painting's owner first met Walter Williams in 1951 when they began studying painting at the Brooklyn Museum with the artist Gregorio Prestopino. This painting is accompanied by the provenance in a notarized statement - the owner indicated that "He (Williams) told me that it was the first oil painting that he had ever framed and shown to the public."

This charming painting is an important, early work by Walter Williams, a very scarce example of an oil painting from the beginning of his New York period. It is also the earliest representation of his signature subject, children with sunflowers that we have located.

Without formal art training, Brooklyn-born Williams became a painter late in life. In 1951, Williams at the age of 31, with the assistance of the G.I. Bill and the encouragement of friends and Michael Freilich of Roko Gallery, enrolled at the Brooklyn Museum School of Art. There he studied under social realists Ben Shahn, Gregorio Prestopino and Reuben Tam, whose influence can be seen in Williams' urban subjects and his direct approach to painting. In 1952, Williams was included in a group exhibition at Roko Gallery, and by 1954, he had his first solo exhibition there. From the late 1940s, Roko Gallery exhibited a number of African-American artists including Charles Alston, Beauford Delaney, Charles White and Ellis Wilson.

The loneliness and despair of life in the city is a recurring early theme in Walter Williams' early 1950s painting. Isolated figures are found in windows, rooftops, storefronts, the "El', stoops and fire escape railings in many of his early paintings. Few of these early 1950s New York oil paintings are known today. In addition to the 1951 painting Untitled (Seated Man with Bowed Head) sold at Swann Galleries on April 4, 2019, there is a A Quick Nap, 1952, in the collection of the Baltimore Museum of Art, and Poultry Market, 1953, in the collection of the Whitney Museum of American Art. Hanks pp. 8-9.
Set Alert for Similar Items 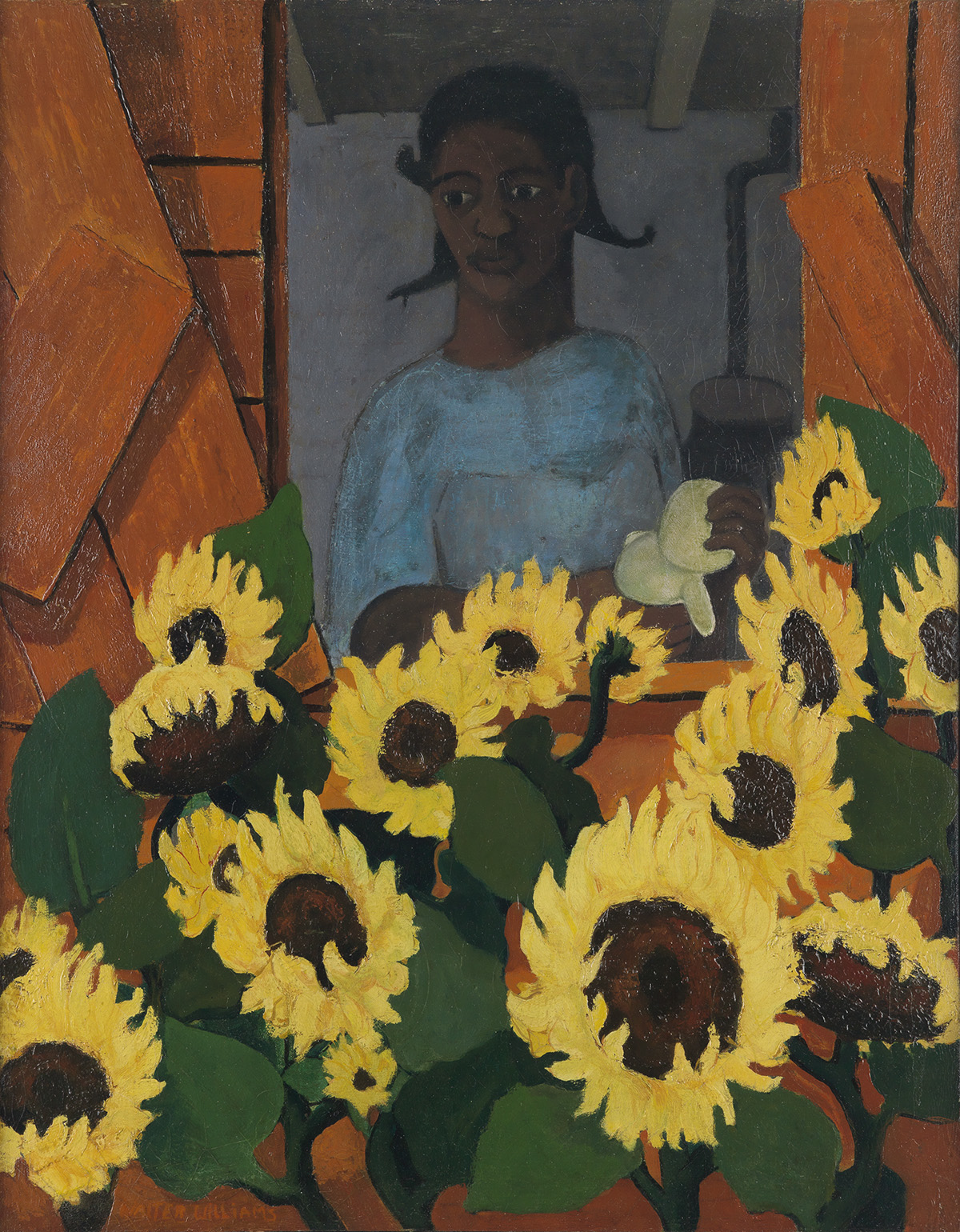