With a letter of authenticition from Paul LeBaron Thiebaud, the artist's son, Newcastle, California, 2002.

This very early work dates from shortly after Thiebaud's (born 1920) student years at Sacramento State College (now California State University, Sacramento), where he earned his bachelor's degree in 1951 and a master's degree in 1952, and while he was teaching at Sacramento City College and the University of California, Davis (he became an assistant professor at the latter in 1960 and remained there until 1991).

On a leave of absence from his teaching position during 1956-57, Thiebaud spent time in New York and became friends with Elaine and Willem de Kooning and Franz Kline. Stimulated by these friendships, and seeing the early proto-Pop works that Robert Rauschenberg and Jasper Johns were producing in New York at the time, Thiebaud began a series of small paintings based on images of food displayed in windows, leading him to what has been the signature theme of his work over the past five decades.

This large canvas of a nocturne scene, showing a darkened biker and his motorcycle, illuminated only by the motorcycle's headlight, is tied through its "still-life" manner to Thiebaud's small early paintings of food displayed in windows from the late 1950s and prefigures in his iconic, still-life themes later in his career.
Set Alert for Similar Items 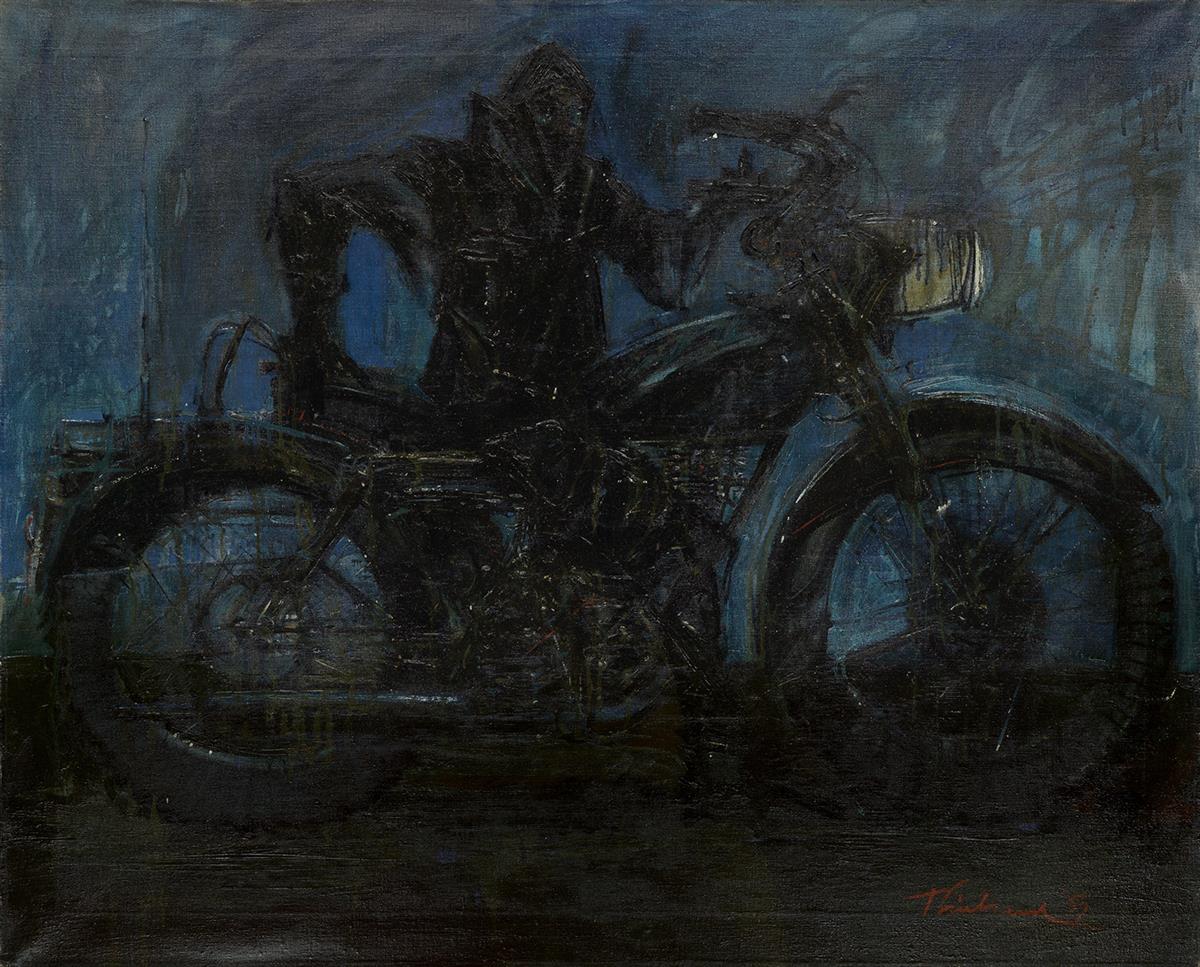