Provenance: the first acquired from DC Moore Gallery, New York, with the gallery label on the frame back; the other two acquired directly from the artist, private collection, New York.

The first drawing was made after Whitfield Lovell's first series of card drawings, his 2003-06 Card Series in which he drew 54 portraits to accompany 54 (a deck of 52 with 2 jokers) rectangular playing cards. The artist exhibited an installation of this series at DC Moore Gallery in his 2006 solo exhibition. The the second and third drawing are 2014 variations after that first series and his 2006-2011 Card Series II: The Rounds a deck of round cards which is in the permanent collection of the Smithsonian's National Museum of African American History and Culture, Washington, DC.

These drawings are excellent examples of Whitfield Lovell's portraiture--images drawn from a personal archive of approximately 600 studio photographs of anonymous African Americans, most dating from the Emancipation Proclamation to the Civil Rights movement. Lovell often combines them with everyday found objects like playing cards, fabric fragments and other vintage objects that examine narratives and themes about family, identity, gender, love, loss, and the passage of time. Lovell first used such drawings on wood panels in a series of large installations, which gained national acclaim. His work is found in numerous institutional collections including the Metropolitan Museum of Art, the National Museum of American Art, Washington, DC, the Seattle Art Museum, the Whitney Museum of American Art and the Yale University Art Gallery.
Set Alert for Similar Items 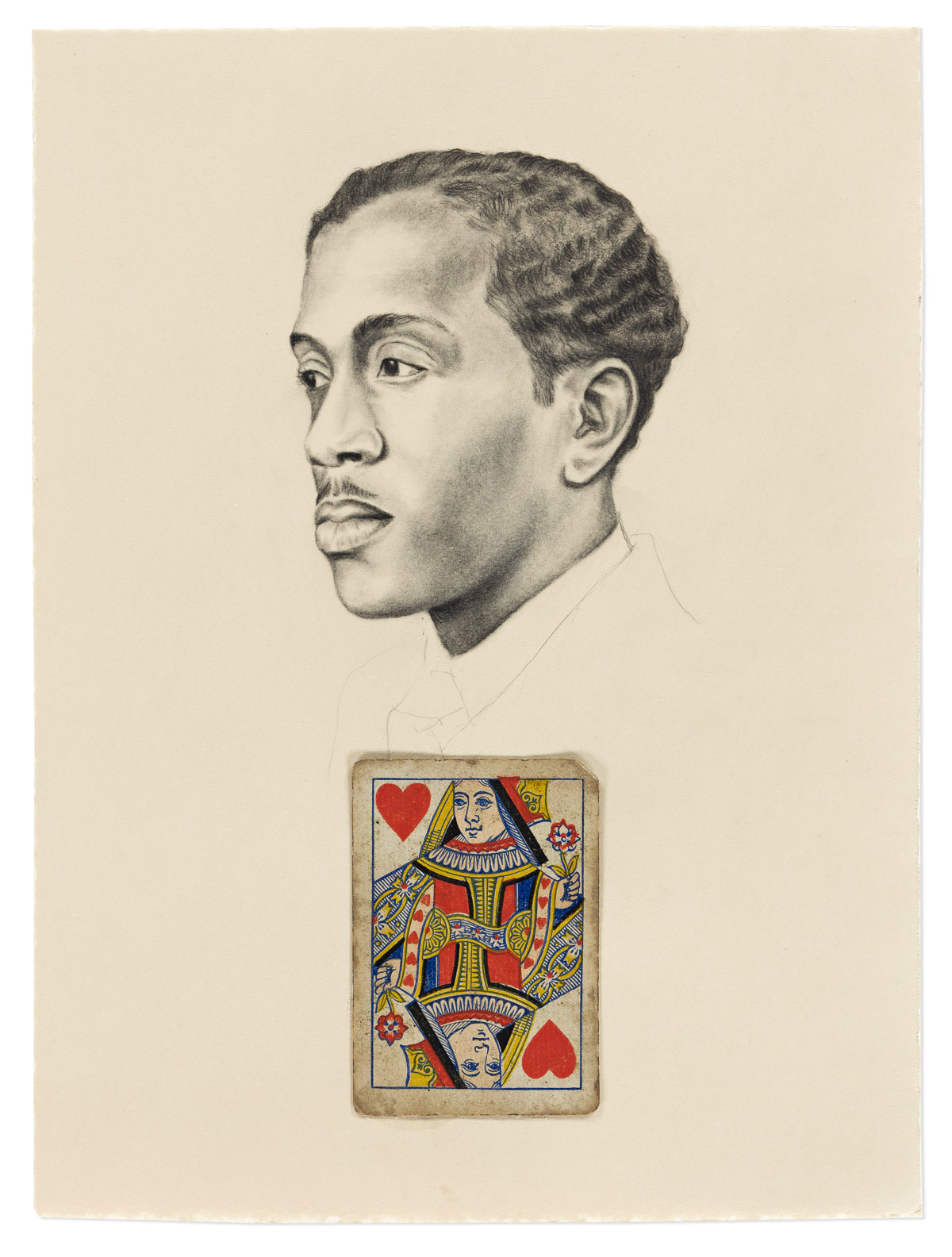