Watercolor and oil on paper, 1975. 825x650 mm; 32 1/2x25 5/8 inches. Signed and dated in pencil, lower right recto, and annotated throughout the margins in pencil. Signed, titled and annotated in pencil on the back board. Ex-collection Alexandre Gallery, New York, with the original label.

Barnet (1911-2012) was born in Massachusetts and studied at the School of the Museum of Fine Arts, Boston, before arriving in New York in 1931. He started out in a Social Realist style and worked for the graphic arts division of the WPA, Federal Art Project in New York, producing lithographs and etchings of factory workers, farm laborers and urban dwellers. By the mid-1940s, Barnet developed an abstract style, which reached its zenith by the mid-1950s. He was the key artist in a movement called Indian Space Painting which traced its sources to semi-abstract Native American art and paralleled the work of New York Abstract Expressionist artists such as Jackson Pollock, Willem de Kooning and Robert Motherwell.

Barnet's flirtation with abstract art waned by the early 1960s and he turned to the style for which he is best-known today: colorful figurative work with poetic, symbolist and often enigmatic subjects such as women at rest, women with domesticated animals like cats, parrots, dogs and doves, and women posed in solitary, seemingly pensive and melancholic states of waiting. His mature style, seen in works like Play, possesses the influence of Renaissance painting, traditional Japanese color woodcuts and American Pop Art. Barnet continued painting in a similar vein from the 1960s onward, for more than five decades; a longtime resident of the National Arts Club, Gramercy Park, New York, Barnet died at age 101 after a prolific and successful career.

Play was developed into a color lithograph by Barnet in 1975, printed in an edition of 150 by American Atelier, New York, and published by the International Play Group, Inc., New York. However, the color lithograph differs from the current watercolor. In the print the figure of the woman in the tree is clothed and the background is a gradated, color rainbow pattern.
Set Alert for Similar Items 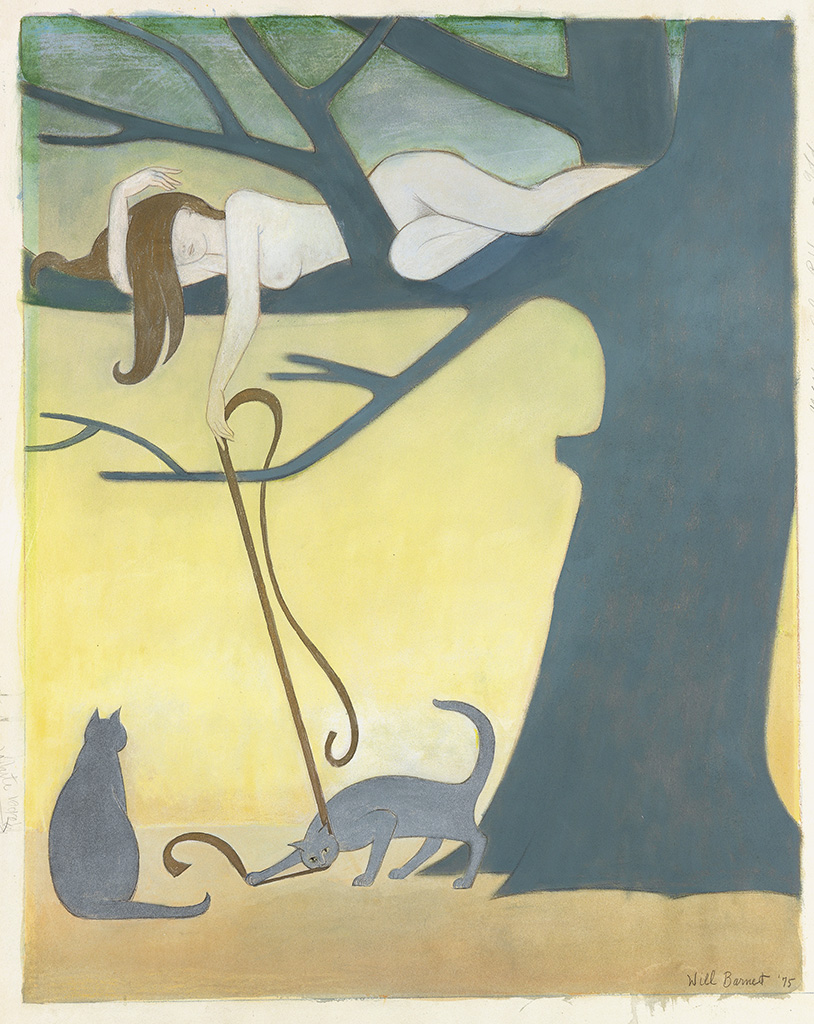