Harvey Kurtzman, famed cartoonist and editor, teamed with other legendary artists such as Will Elder, John Severin, Wally Wood, Johnny Craig, Jack Davis, Al Feldstein, and others in the creation of the anthology war comic Two-Fisted Tales, which was published bi-monthly by EC Comics in the early 1950s. With the advent of the Korean War, the dramatic stories of humanity's struggle during wartime presented in Two-Fisted Tales and Kurtzman's companion comic Frontline Combat, were particularly relevant. While Kurtzman wrote the story for the comic pages in this lot, the pencil work was likely done by John Severin, with inking by Will Elder. 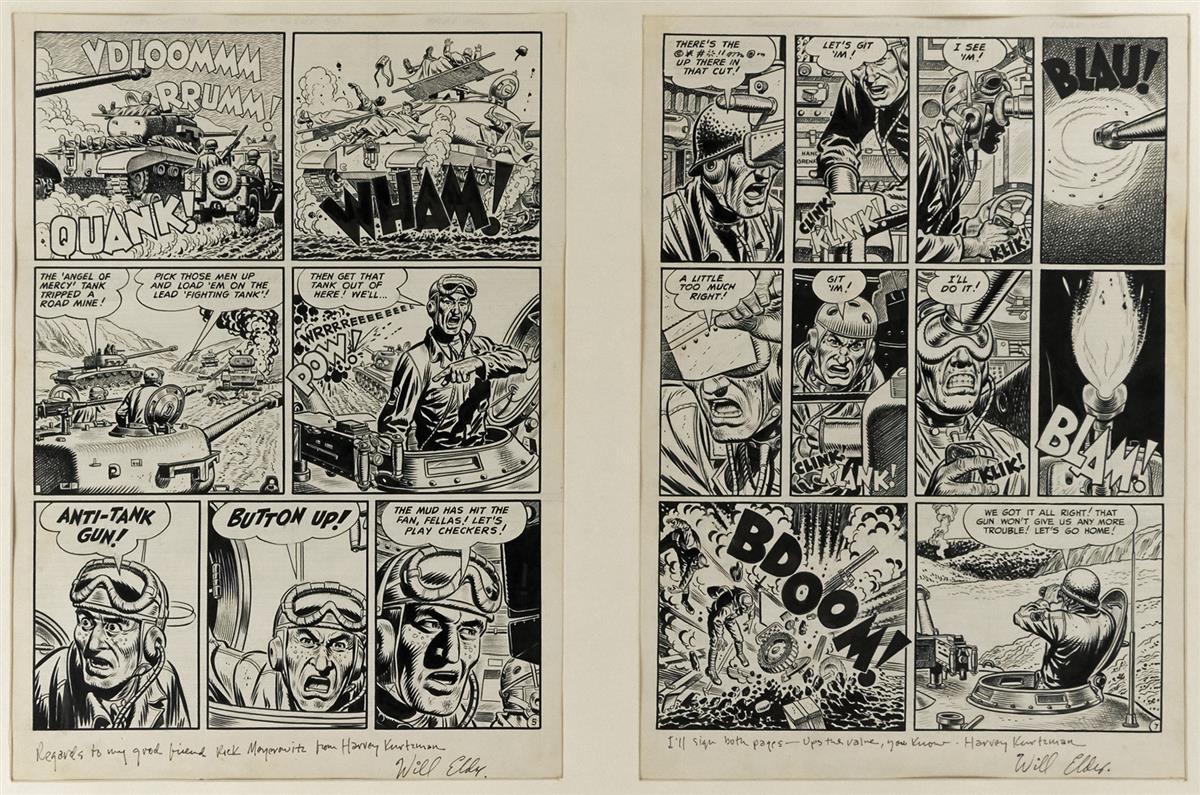