We have found only 12 complete sets at auction in the past 30 years.

Published to coincide with a monograph on de Kooning (1904-1997) and based on the artist's recent paintings. According to Gagosian Gallery, New York, where there was a retrospective exhibition of de Kooning's late career paintings, "Willem de Kooning, Ten Paintings, 1983–1985," November 8–December 21, 2013, "The paintings that de Kooning made from 1980 onwards are commonly said to characterize his 'late style.' In fact, it was not until 1983 that a far greater change occurred in his practice. It was only then that he condensed the rich and tactile painterly qualities of his earlier work into ever-narrower bands of prismatic colors set against variously toned whites, connoting at once surface and space. His characteristic marks of revision—scraping, visible underpainting, pigment feathering, glazing, and puckering—often remain, but in much more stripped-down, crisply graphic formats. New is the extent to which narrow bands and thin, mobile lines of vivid color cause the surface to seem to buckle and turn in space, while shaping an elusive figuration."

The exhibition curator, John Elderfield, Chief Curator Emeritus of Painting and Sculpture at the Museum of Modern Art, New York, also remarked, "These were very highly regarded when they were first exhibited in the 1980s, and they resonate even more today. De Kooning truly reinvented himself in these extraordinary canvases. He had the confidence to give up the lush painterliness and visibly reworked appearance of his earlier works in favor of something more reductive; but they remain not only spatially complex, but also extremely physical pictures, both visually open and densely embodied."
Set Alert for Similar Items 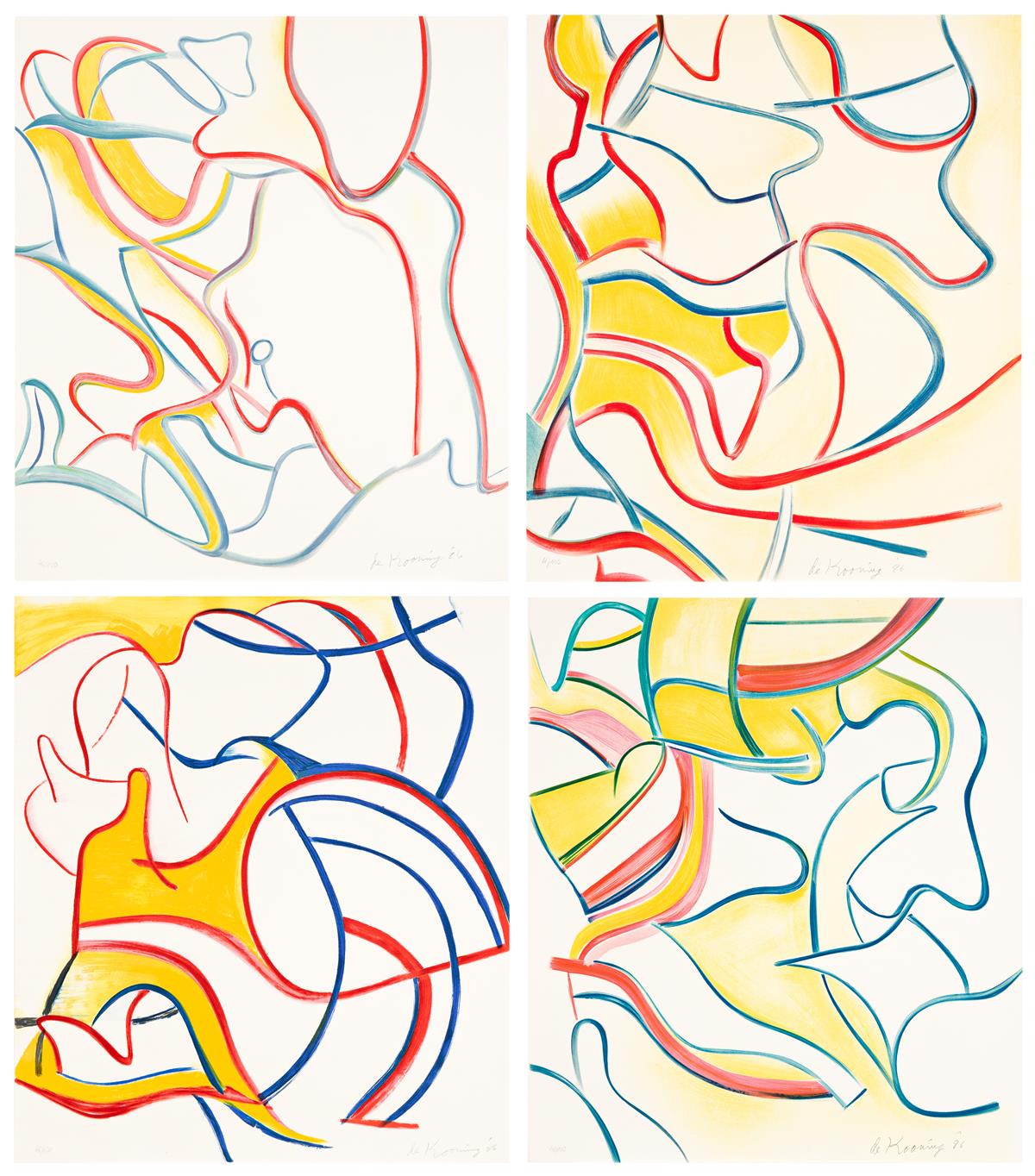 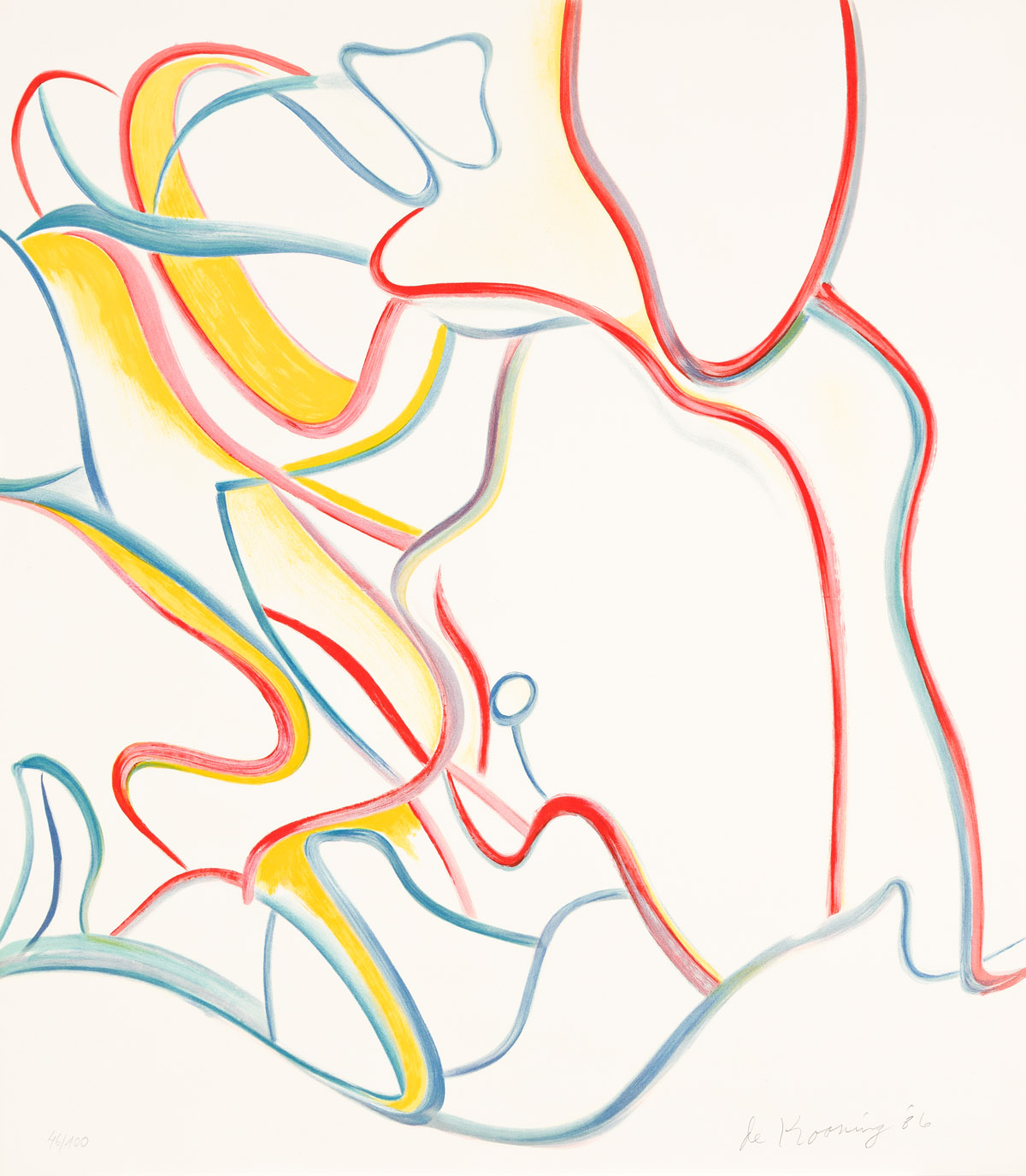