Dutch-born de Kooning (1904-1997) arrived in New York in 1926, a stowaway on a cargo ship from Rotterdam, following a somewhat difficult childhood fraught with familial and monetary difficulties. Nevertheless, he had gained solid artistic training in Europe and quickly found work as a commerical artist in New York. By 1942, he had become friends with Jackson Pollock and Kline (see lot 9) and together these three artists would form the nucleus of the New York School of Abstract Expressionism.

Revenge was de Kooning's first print, and yet the only etching or aquatint that he ever created, working solely in lithography and screenprinting thereafter. Other artists who contributed prints to the portfolio include Franz Kline, Jacques Lipchitz and Stanley W. Hayter.

"Probably the first American collaboration of such magnitude between artist and author," according to The Artist and the Book, "this publication was conceived in 1951 by Peter Grippe when he took over the directorship of Atelier 17 from Hayter. After Atelier 17 was disbanded in 1955, Grippe continued to work with the artists in his own studio, and Morris Weisenthal took over publication under the imprint of his Morris Gallery," Garvey, The Artist and the Book, 1961, no. 145. Graham 1.
Set Alert for Similar Items 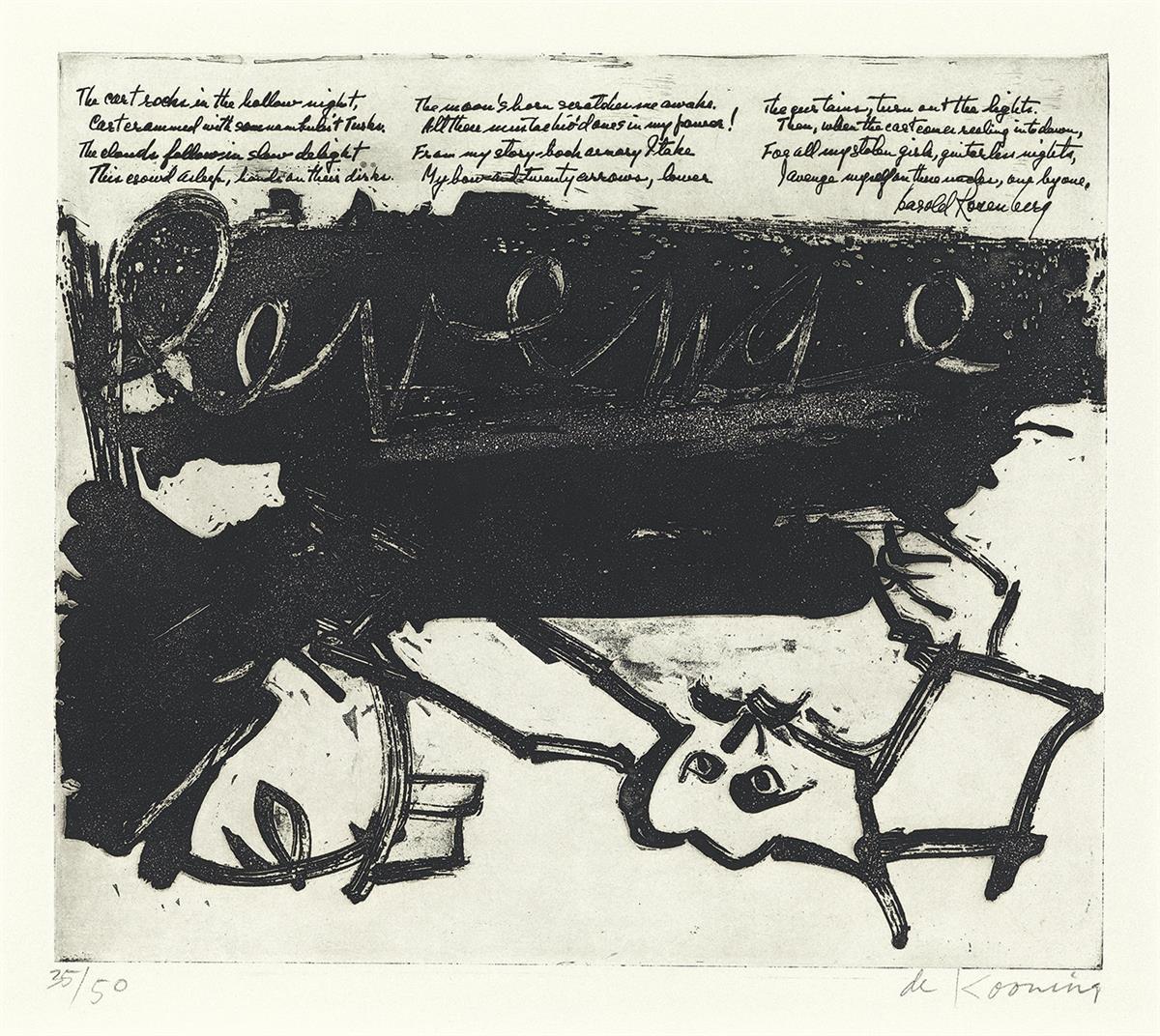