Southgate (1920-1998) was a central figure in the New York School of Abstract Expressionist artists. She was married to the author Peter Matthiessen from 1951-56, and after their divorce married the artist Michael Goldberg, himself a fixture in the New York School, and became a close friend of the poet Frank O'Hara. Southgate, who O'Hara once called "the Grace Kelly of the New York School," played an important and under-examined role in O'Hara's career and imagination, appearing in many of his poems.

Southgate and de Kooning (1904-1997) had many artist and author friends in common in New York during the 1950s and soon thereafter became close friends themselves as neighbors in their adopted hamlet of Springs, on eastern Long Island (Southgate also knew Jackson Pollock and Lee Krasner), from the early 1960s onward. As Southgate recalled in her eulogy of de Kooning, "When Bill moved out of the city and into a house right down the road from me, in the early sixties, Elaine stayed in New York. I'd see him on his old-fashioned bicycle, a quixotic, bare-headed figure pedaling very slowly: a man without a car, and a good thing, too—he was generally headed for the liquor store. When he painted, Bill was ferociously concentrated, but in real life, and even when he was drunk, he seemed shy and at loose ends, although he never missed a trick. He'd come over—I'd have stashed my liquor in the oven—and we'd dance and listen to operas, both of us hoping desperately that he would stay sober," (New Yorker, March 31, 1997, page 34).
Set Alert for Similar Items 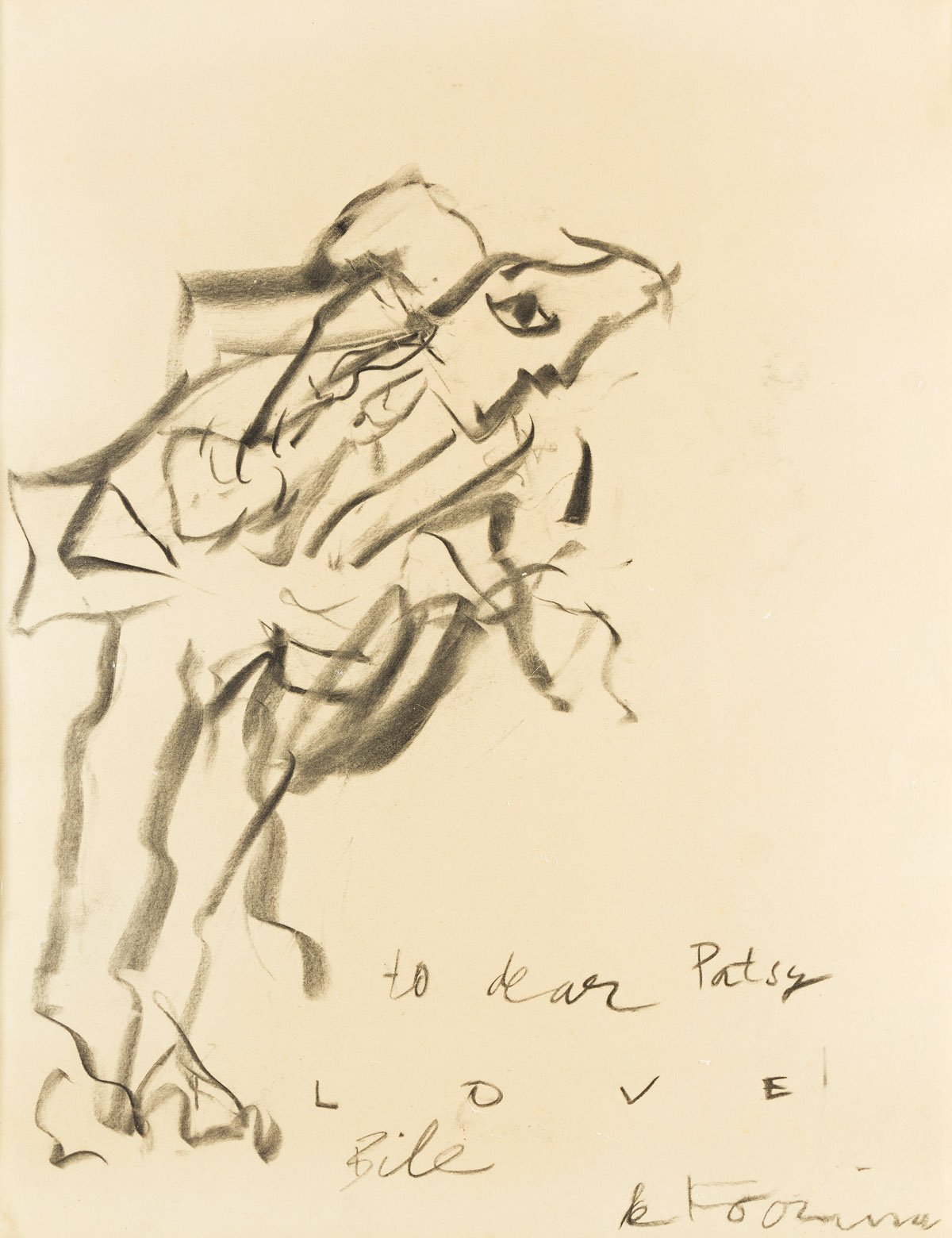