Dutch born Willem de Kooning (1904-1997) arrived in New York, a stowaway on a cargo ship from Rotterdam, after a somewhat difficult childhood frought with familial and monetary diffculties. Nevertheless, he had gained a solid artistic training in Europe and soon found work as a commercial artist in New York. By 1942 he had become friends with Jackson Pollock and Franz Kline and together these 3 artists would form the nucleus of the New York School of Abstract Expressionsim.

De Kooning worked at Atelier 17 in the early 1940s along with Pollock and Mark Rothko, an experience that led him to create his first etching (see lot 502). He produced his first lithographs--among the most noteworthy Abstract Expressionist prints--while visiting his young daughter in San Francisco in 1960. At a party there thrown by his friend and fellow artist William Zogbaum, he learned from the California artist Karl Kasten about the huge lithography presss and stones that had recently been installed at the Univeristy of California, Berkeley. The next day de Kooning went to the UC Berkeley studio and created 2 monumental lithographs, each one nearly 4x3 feet, using an ordinary floor mop to brush the tusche on the stones in broad, entirely abstract, sweeping gestures.

In its bold, gestural apperance and the contour suggestions of a woman's torso and hair, Woman with Corset and Long Hair fuses these expressive strokes with de Kooning's interest in the female form. Graham 17.
Set Alert for Similar Items 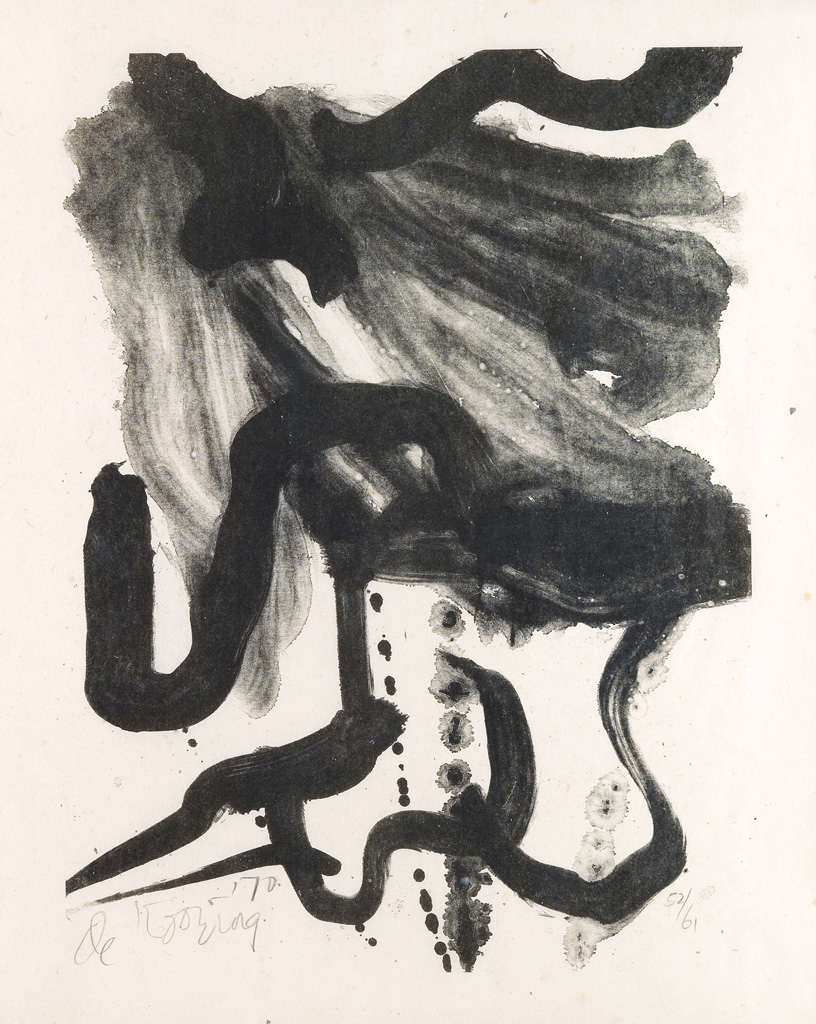