This work is registered with the William N. Copley Estate.

Copley (1919-1996) was born in New York and adopted as a toddler by Ira Copley, a wealthy newspaper magnate. Upon returning from service in World War II, Copley initially dabbled in journalism for his father's newspaper. Copley's first wife's brother-in-law, John Ploydart, an animator and narrator at Walt Disney Studios, introduced him to the Surrealist art movement and to its leading figures, Marcel Duchamp and Man Ray. Copley and Ploydart opened the ill-fated Copley Galleries in Beverly Hills in 1948, where they displayed popular Surrealist artists of the time including René Magritte, Yves Tanguy and Joseph Cornell. The Surrealist art scene proved less popular in Los Angeles than it was in New York, and the gallery closed after only a year.

Copley moved to Paris following the closure of his gallery and continued to paint in an American Surrealist style and to collect Surrealist art. When his collection was sold at auction in 1979 for $6.7 million it set the record for the highest total of a single owner's collection in the United States, and included Man Ray's iconic A l'heure de l'observatoire: les amoureux, now in a private collection.

The current lot was likely executed when Copley and his second wife, Noma Copley, were visiting fellow art collector Dolores Olmedo Phillips (also known to her friends as Lola, 1913-2002) in Acapulco. On February 1, 1958 he wrote to his son, Billy Copley, "I'm here primarily to work as I have to get a lot of pictures ready for my exhibition in New York." The current lot shares many stylistic similarities to the works that Copley prepared for his 1958 solo exhibition at the Alexander Iolas Gallery, New York.

Lolapulco demonstrates a selection of Copley's signature iconography: guillotines, doves, dachshunds, tiny nudes and bidets can all be seen in the fragmentary background. The work also depicts some of the tenets of Surrealist art: natural forms being abstracted to geometric forms, unrealistic spatial settings and the creation of dreamlike, fantastical scenes.
Set Alert for Similar Items 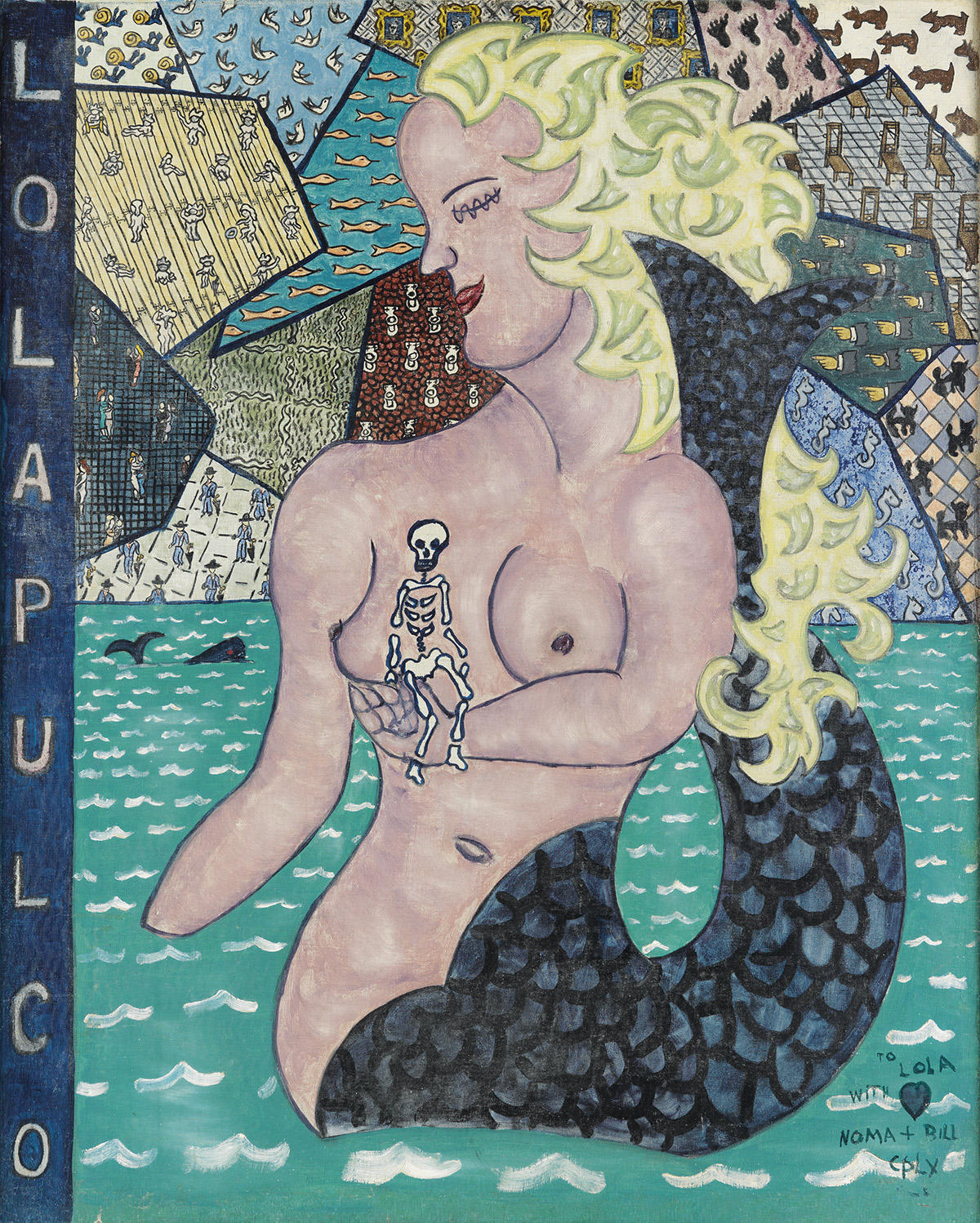