Provenance: the estate of Claude A. Barnett and Etta Moten Barnett, Chicago. Etta Moten Barnett (1901 – 2004) was a popular African American actress and vocalist, who was best known for her signature role of Bess in Porgy and Bess. She married Claude Albert Barnett (1889 – 1967) in 1934. Barnett was an influential and trailblazing national figure - an important media entrepreneur, journalist and one of the principal organizers of the Chicago Negro Exposition in 1940. Barnett is also known as the founder of the Associated Negro Press in 1919, the first Black news service in the country, connecting Black newspapers across the country.

This depiction of a Haitian man and a boy crossing a street is a beautiful and scarce example from William Edouard Scott's early Haitian period. Scott, born in Indianapolis, trained at the Art Institute of Chicago from 1904-09. After winning several painting scholarships and awards at the Institute, he travelled to Paris, where he studied with Henry Ossawa Tanner and enrolled at the Académie Julian. When he returned in 1912, he received many mural commissions, including for the Chicago World's Fair of 1933 and for the Federal Art Project of the WPA in Chicago. While Scott's time in Paris had a profound effect on his early work, the year Scott spent in Haiti shaped the rest of his career.

Scott was awarded a Julius Rosenwald Foundation scholarship in 1931 to study and paint the African beliefs and customs that had survived in the culture of this independent island nation. Scott left for Haiti that year, and did many plein air sketches around the docks and streets of the capitol city Port-au-Prince. These studies were later translated into larger canvases in the artist's rooftop studio of the Excelsior Hotel in Port-au-Prince. With his extensive experience painting murals, Scott specialized in large multi-figure scenes, but painted moving portraits as well. Others include Blind Sister Mary and Kenskoff, Haiti, both circa 1931, collection of the Schomburg Center for Research in Black Culture, the New York Public Library. Schulman p. 86; Taylor/Warkel figs. 17-18, p. 35.
Set Alert for Similar Items 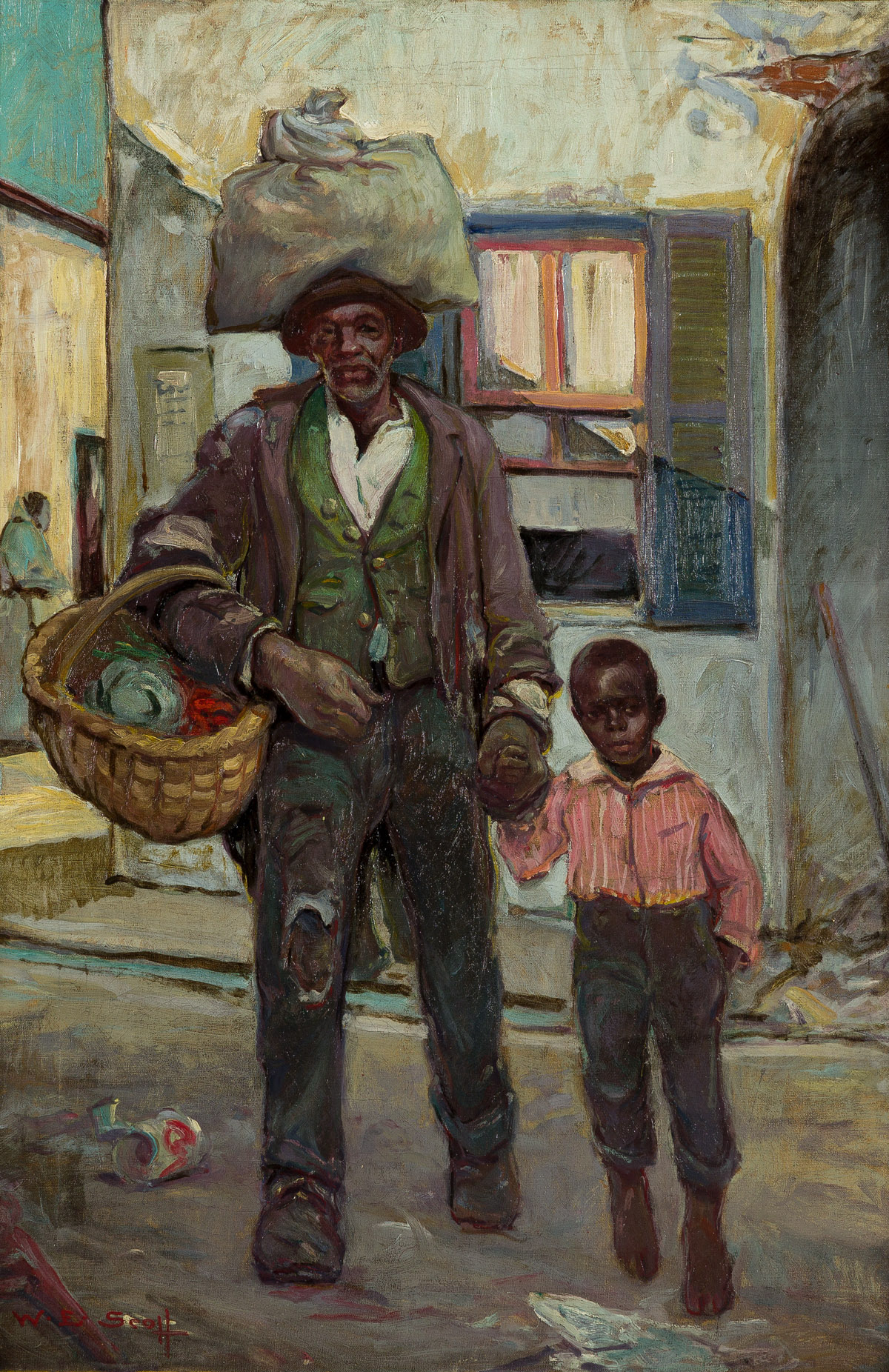