Jitterbugs V is a very scarce example of an important American print and an iconic image of the Harlem Renaissance. While living in New York in the early 1940s, William H. Johnson printed his screenprints, depicting colorful images of both the rural South and Harlem. His Jitterbugs series are based on his paintings of the popular dance in Harlem music halls - both Johnson's same titled oil on paperboard and watercolor, both circa 1941, are in the collection of the Smithsonian American Art Museum. Jitterbugs I-V is a series of five images, and a significant part of the only 17 known screenprint images Johnson made. He worked with screenprinting for only three years until tragedy struck in 1943--his Danish wife, Holcha, was diagnosed with breast cancer and died months later.

This is the first time this scarce print has come to auction. We have located impressions of Jitterbugs V in the collections of the Smithsonian American Art Museum, the Metropolitan Museum of Art, the Museum of Modern Art, the Pennsylvania Academy of the Fine Arts, the Library of Congress (identified as Jitterbugs III), the Whitney Museum of American Art (identified as Jitterbugs VI) and the Harmon and Harriet Kelley Collection of African American Art. These are experimental and painterly prints, using both screens and pochoir (hand-colored stencils). Each impression is proof like, with a slightly different registration, and are often printed on various type of paper or cardstock.
Set Alert for Similar Items 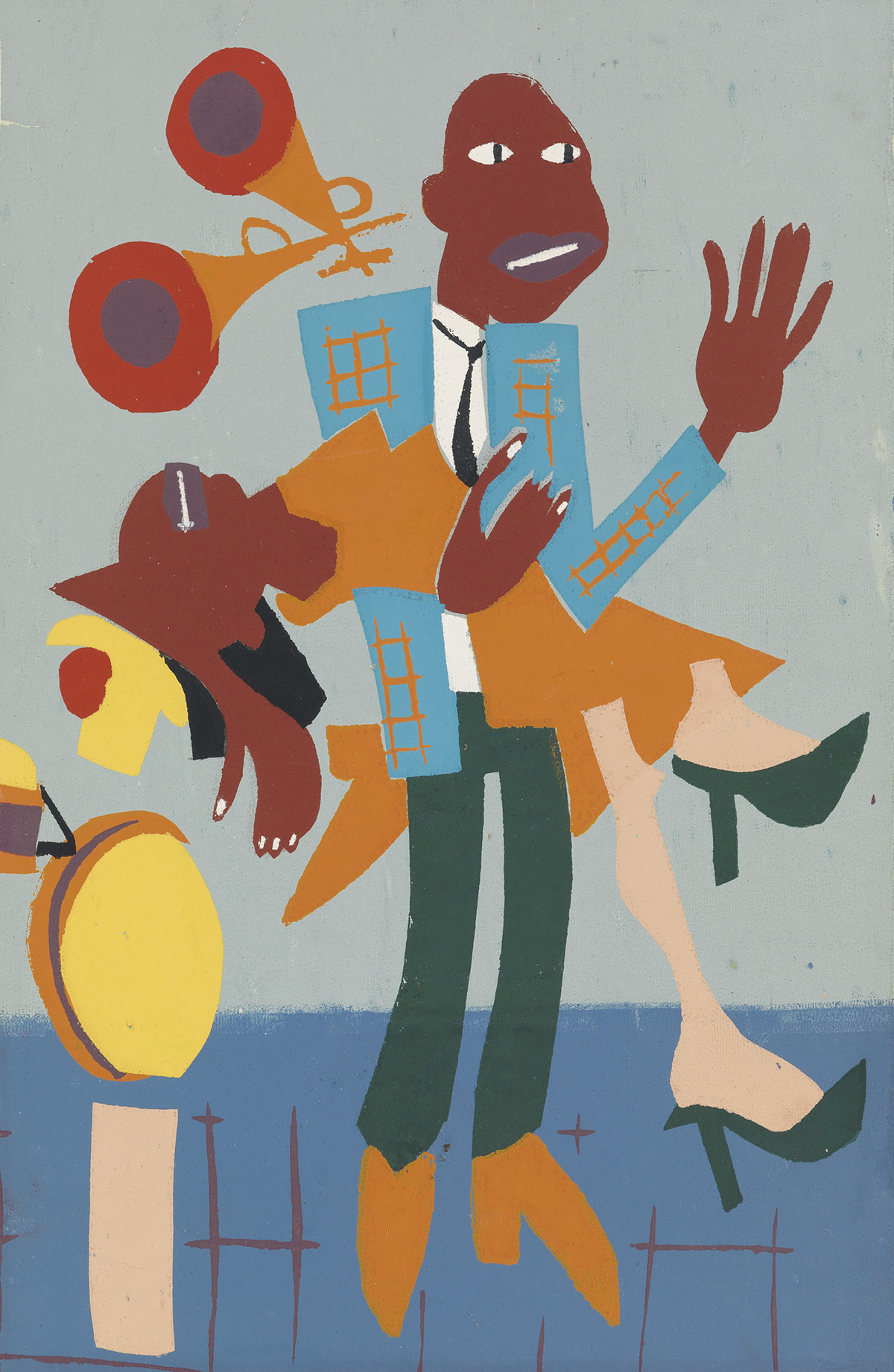