Sea Bird on Nest is a scarce example of a large, early oil painting by the artist - it is a subject of the artist's found typically in his watercolors from the late 1960s and early 1970s. Born in New Orleans, Pajaud earned a BFA at Xavier University, before moving to Los Angeles in 1948. At the time, William Pajaud exhibited at Heritage Gallery, the Santa Barbara Museum of Art and Esther Robles Gallery; he also belonged to the short-lived artist collective, Eleven Associated, which included Beulah Woodard, Alice Gafford and Tyler Wong. Pajaud was appointed the art director at the Golden State Mutual Life Insurance Company in 1957, and soon launched their active collection of African-American art, and included works by many of his contemporaries. Pajaud's artwork can be found in the collections of the National Museum of American Art, Smithsonian Institution, Washington, DC, the Amistad Research Center, New Orleans, and the collection of Camille O. and William H. Cosby, Jr. Jones pp. 150-51.
Set Alert for Similar Items 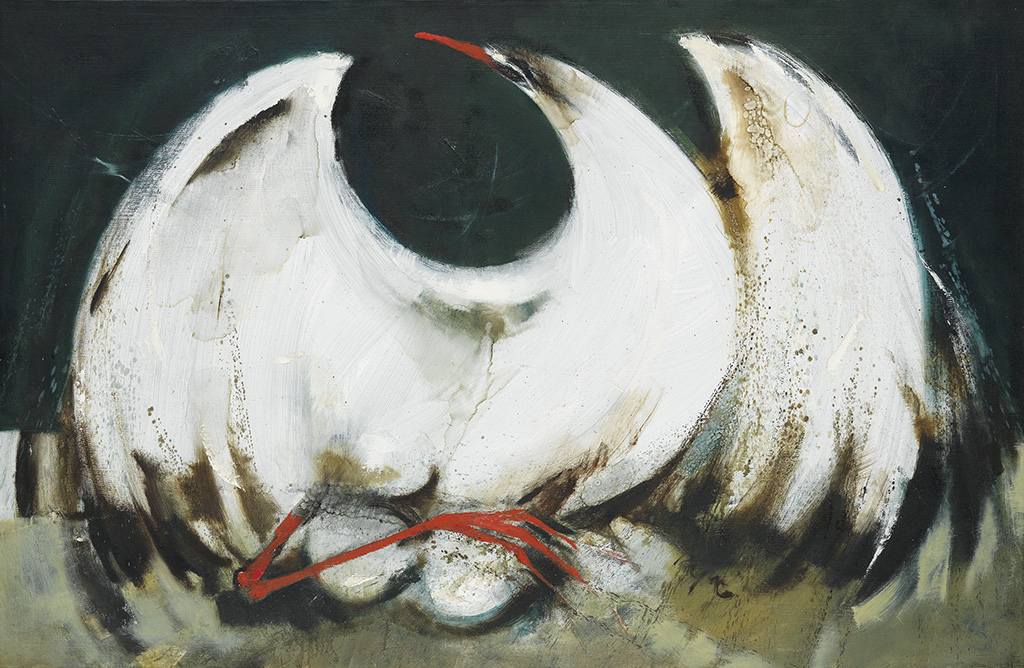