Truckin is a significant early painting, and the earliest painting by this important African-American artist to date to come to auction. It is an excellent example of William T. Williams' first year of painting after completing his MFA from Yale University, with the imagery that quickly gained him an international recognition as an abstract painter in the late 1960s and early 1970s.

Williams' talents had been recognized from an early age. He was accepted in the summer before his senior year at Pratt Institute to the Skowhegan School of Painting and Sculpture before receiving his B.A. in 1966. After earning his M.F.A. from Yale University in 1968, he participated in The Black Artist in America: A Symposium, held at the Metropolitan Museum of Art in New York. Williams's abstract painting achieved early institutional recognition when the Museum of Modern Art, New York, purchased his 1969 painting Elbert Jackson L.A.M.F., Part II. His paintings were also included in such important exhibitions as the Studio Museum in Harlem's Inaugural Show, the Whitney Biennial and New Acquisitions at the Museum of Modern Art. In 1970, both the Jewish Museum, New York, and the Menil Collection, Houston, commissioned paintings. Sweets Crane, 1969, in the collection of New York State at the Empire State Plaza shares the mixture of warm, earthy tones with high key colors found in the palette of Truckin. Another 1969 painting Trane, in the collection of the Studio Museum in Harlem, was recently exhibited in the 2012 group exhibition Blues for Smoke exhibition at MOCA, Los Angeles. Many of his 1969 paintings share titles that reveal Williams' interest in jazz; "truckin" was an expression used by musicians, and the title of a Fats Waller song. Jones pp. 16-17; Powell/Reynolds pp. 235-6.
Set Alert for Similar Items 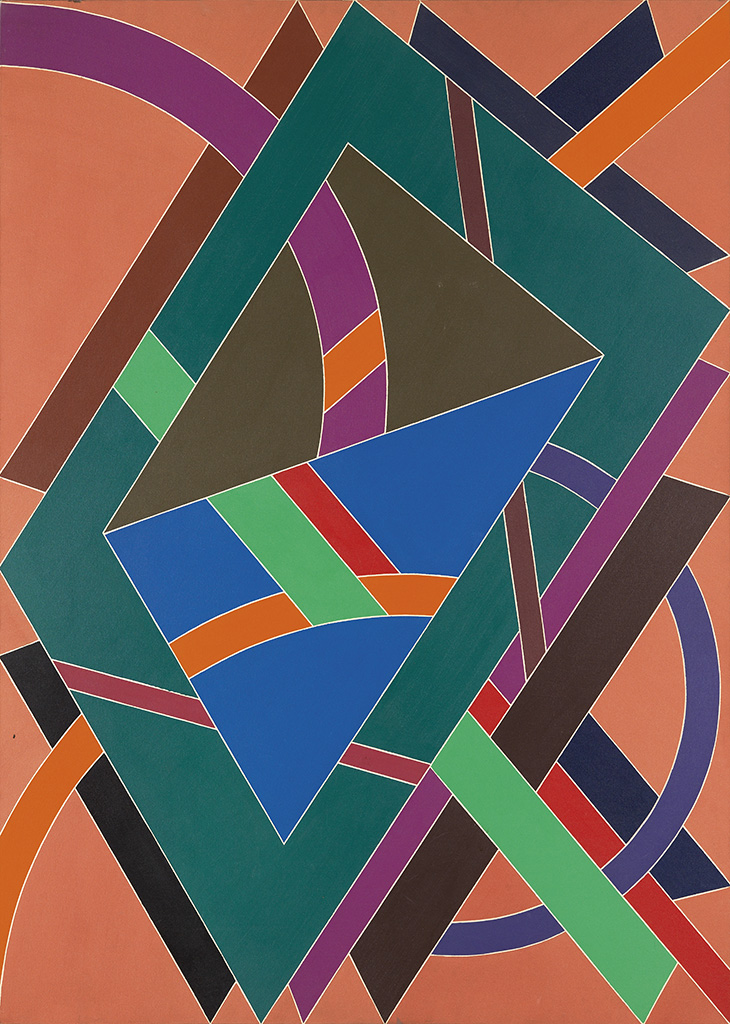