Price Realized: $ 16,000
Price Realized: $ 20,000
?Final Price Realized includes Buyer’s Premium added to Hammer Price
Estimate: $ 15,000 - $ 25,000
ARCHIVE OF LETTERS WRITTEN FROM WHITE HOUSE DURING FIRST WORLD WAR WILSON, WOODROW. Extraordinary archive of over 60 letters Signed, nearly all as President, to the Chairman of both the Federal Trade Commission and later the U.S. Shipping Board Edward N. Hurley, including mostly Typed Letters and one Autograph Letter, on mostly business topics, including accepting his resignation from the FTC, discussing candidates for the FTC or the Red Cross War Council or other organizations, arranging meetings, discussing issues relating to wartime commercial shipping including a plot to destroy American and British ships, arranging for assistance to other countries during and after the war, etc. Together over 70 pages, 4to or small 4to, White House or "American Commission to Negotiate Peace" or personal stationery, most with integral blank; slight feathering to some signatures, generally good condition. Washington or Paris, 1916-23
Set Alert for Similar Items 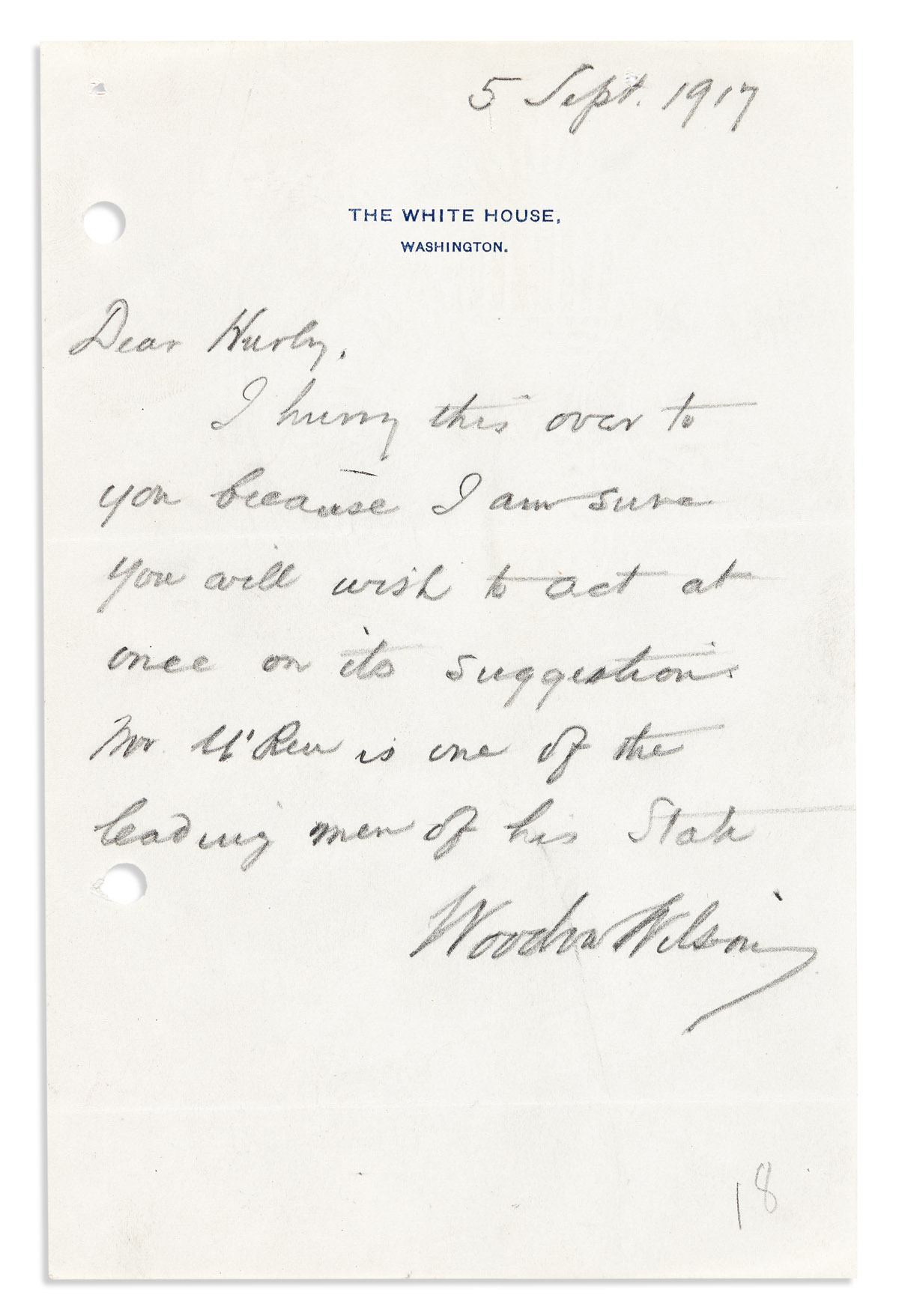 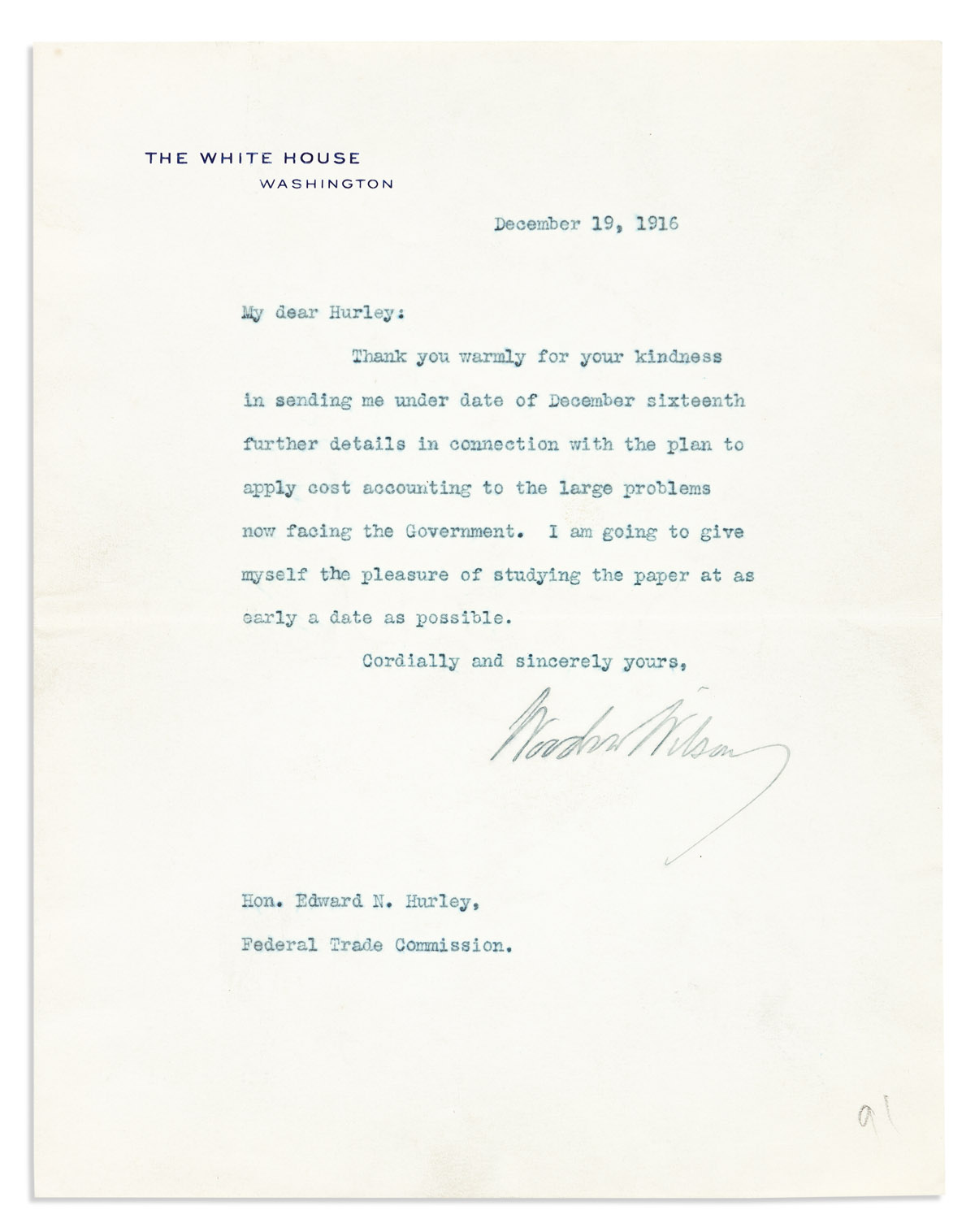