Jeff's Cafe is an important subject, a location central to Winfred Rembert's young life in Georgia. It is revisited in this work, as well as in Jeff's Pool Room, 2003 and Inside Jeff's Cafe, circa 1997. Jeff was an entrepreneur who owned a pool room in Cuthbert, Georgia, who gave Rembert his first job outside of the cotton field. Eventually, Rembert ran the business after Jeff fell ill and was unable to work.

Born and raised in Cuthbert, Georgia, Winfred Rembert lived and worked as an artist in New Haven, CT. His artwork, painted on carved and tooled leather, displays memories of his youth—Black life in the Jim Crow South. His artistic vision calls forth vivid scenes from Georgia cotton fields and colorful characters from the juke joints and pool halls of Cuthbert. They also reveal his encounters with racial and police violence in the aftermath of a civil rights protest, and the subsequent seven years he spent on a Georgia chain gang.

His paintings have been exhibited at museums and galleries around the country, including the Yale University Art Gallery, the Hudson River Museum, and The Adelson Galleries in New York. In 2011, Rembert was the subject of an award-winning documentary film, All Me: The Life and Times of Winfred Rembert, by Vivian Ducat, and in 2015, he was honored by Bryan Stevenson's Equal Justice Initiative. In November 2019, NPR aired a segment produced by StoryCorps on the artist. Winfred Rembert's 2021 memoir Chasing Me to My Grave: An Artist's Memoir of the Jim Crow South written in collaboration with Erin I. Kelly, a professor of philosophy at Tufts University, was awarded the Pulitzer Prize in 2022.
Request Condition Report Set Alert for Similar Items 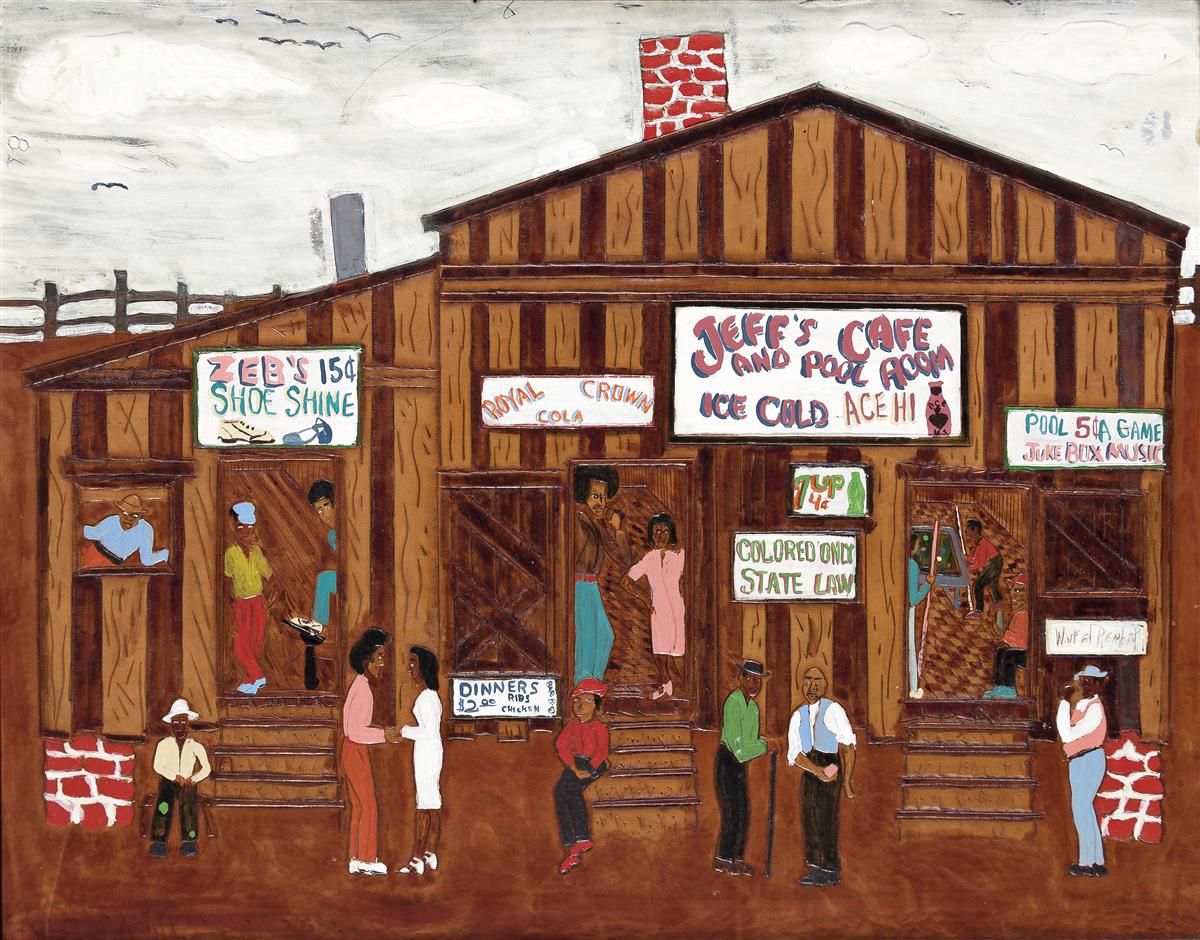