Pryor (1884-1977) was born in Chicago to French American parents traveling from New Orleans. She was raised between the two cities and attended the Kenwood Institute in Chicago and received artistic training at the Art Institute of Chicago and l'École des Beaux-Arts in Paris. After her return to Chicago, Pryor studied architectural design with Louis J. Millet and specialized in stained glass. Later, her career expanded to include jewelry and textile design. She exhibited her paintings through the 1930s and 1940s, at the Art Institute of Chicago and Findlay Galleries, Chicago. In the fall of 1941, Pryor showed her work at the Riverside Museum in New York in an exhibition by members of the Chicago Society of Artists. In 1952, she was made a director of the Society.

Painted in the midst of the Great Depression, Shut Down shows a desolate shuttered factory devoid of human presence. It is characteristic of Pryor's Constructivist style as well as testifies to her prowess in geometry and mathematics.
Set Alert for Similar Items 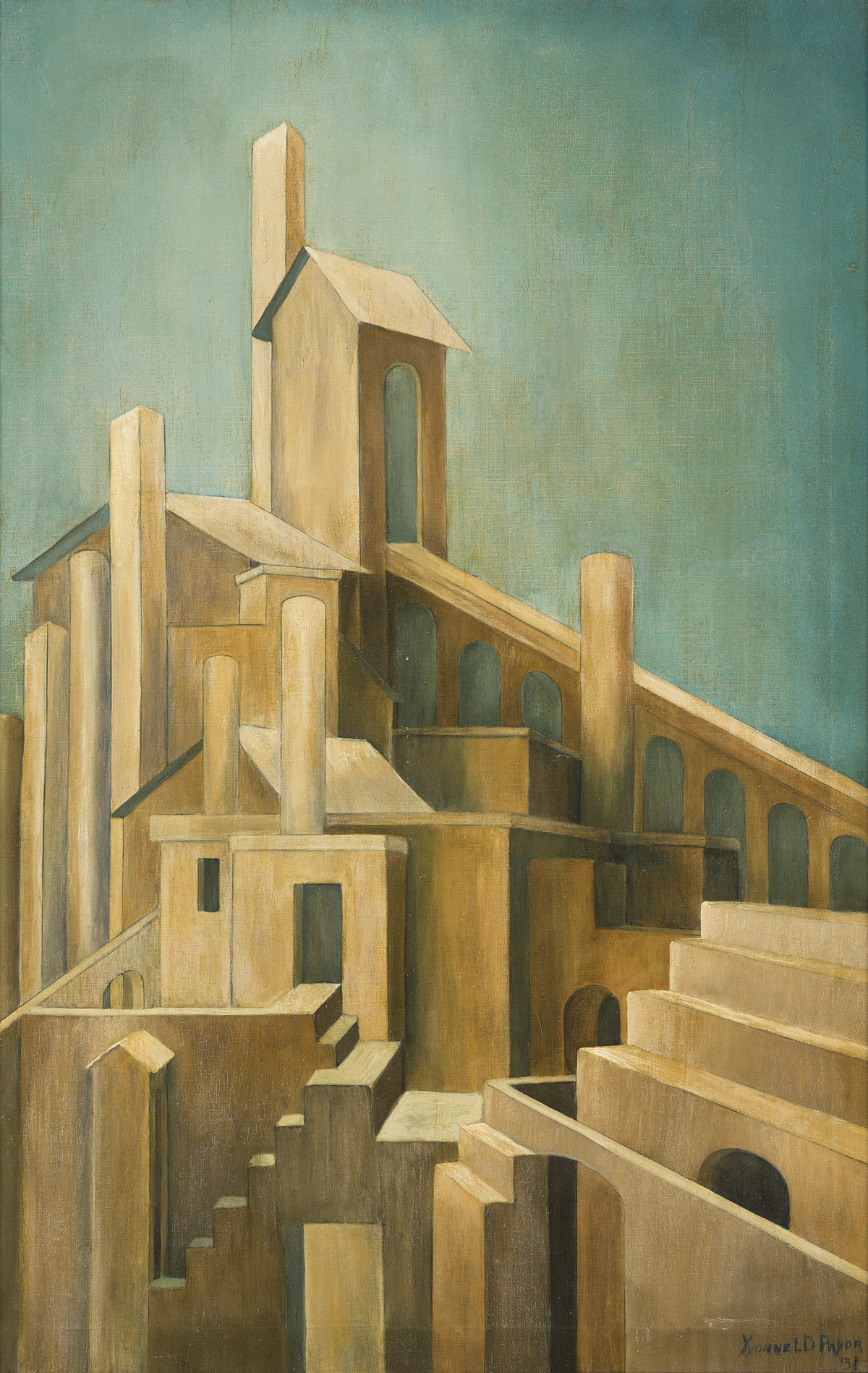