First German edition, quarto, [pi]4, A-T4, U3, lacking final leaf U4, the colophon; 145 pp., illustrated with engraved title vignette featuring a ship grounded on an iceberg and a polar bear attack, engraved arms of dedicatee, full-page woodcut of a bird hunter in a canoe, and sixteen (of thirty-four) full-page engravings extraneous to collation, each with a small number indicating page placement engraved in top corner; bound in slightly later speckled sheepskin; some damage to endcaps, 6 3/4 x 5 1/2 in.

De Veer's important illustrated journal chronicles three ill-fated Arctic expeditions led by Willem Barentsz (c. 1550-1597) between 1594 and 1597. Searching for a northeast passage by traveling north of Siberia, the sailors were forced to turn back in both of the first two voyages, encountering sea ice and bad weather. Much polar bear action is related in the text and images, with the animals repeatedly attacking and killing the Dutch adventurers. The attempt to collar a wounded polar bear and wrangle it aboard the ship on a leash ended badly. On the third voyage, their vessel became trapped in the ice, forcing sixteen members of the crew to spend the winter in the Arctic Circle. The intrepid mariners constructed an ingenious lodge using driftwood and planks from the 'tween decks and deck-house of their ship. Well-supplied with provisions, they also trapped arctic foxes and killed polar bears. Twelve survivors returned to Amsterdam in November of 1597. Their shelter was discovered by a Norwegian seal hunter in 1871. Seemingly untouched, it still contained clothing, supplies, maps, and handwritten accounts, including notes in Barentsz's hand.
Set Alert for Similar Items 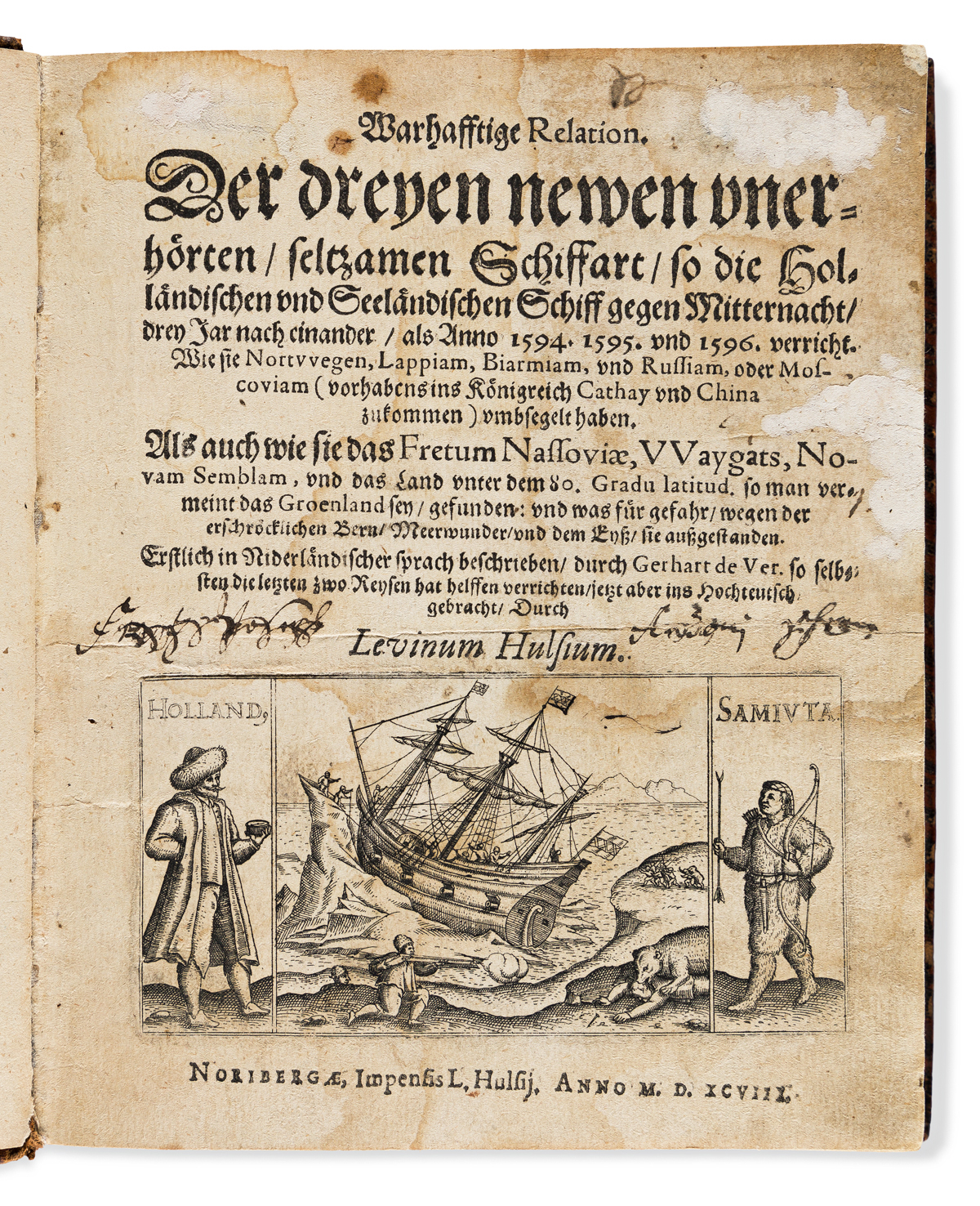