Provenance: acquired directly from the artist; private collection, Boston (1969); thence by descent to the current owner; private collection, Massachusetts. The first owner was a friend of the artist and purchased this painting in 1969 in Auburndale, MA when Crite and her husband, a fellow artist, exhibited together.

This beautiful and quintessential Allan Crite painting of Boston is the most significant of his scarce 1930s oil paintings to come to auction. The painting bursts with the activity of children playing and their parents promenading, with over thirty figures included in this bustling evening scene. Crite faithfully painted what he saw on sidewalks, parks and playgrounds in this "Neighborhood Series." His faithful observations of African-American life in Boston's Roxbury and South End districts include paintings, drawings, watercolors and linoleum cuts made into the 1940s. In February of 1936, Crite summarizes the intention with the series in his diary: "My intention in the neighborhood paintings, and some drawings, was to show aspects of life in the city with special reference to the use of the terminology 'black' people and to present them in an ordinary light, persons enjoying the usual pleasure of life with its mixtures of both sorrows and joys ... I was an artist-reporter, recording what I saw." This painting is similar in its carefully rendered setting and dense concentration of figures to one of Crite's best known paintings, School's Out, also from 1936, in the collection of the Smithsonian American Art Museum, Washington, DC. Caro p. 25.
Set Alert for Similar Items 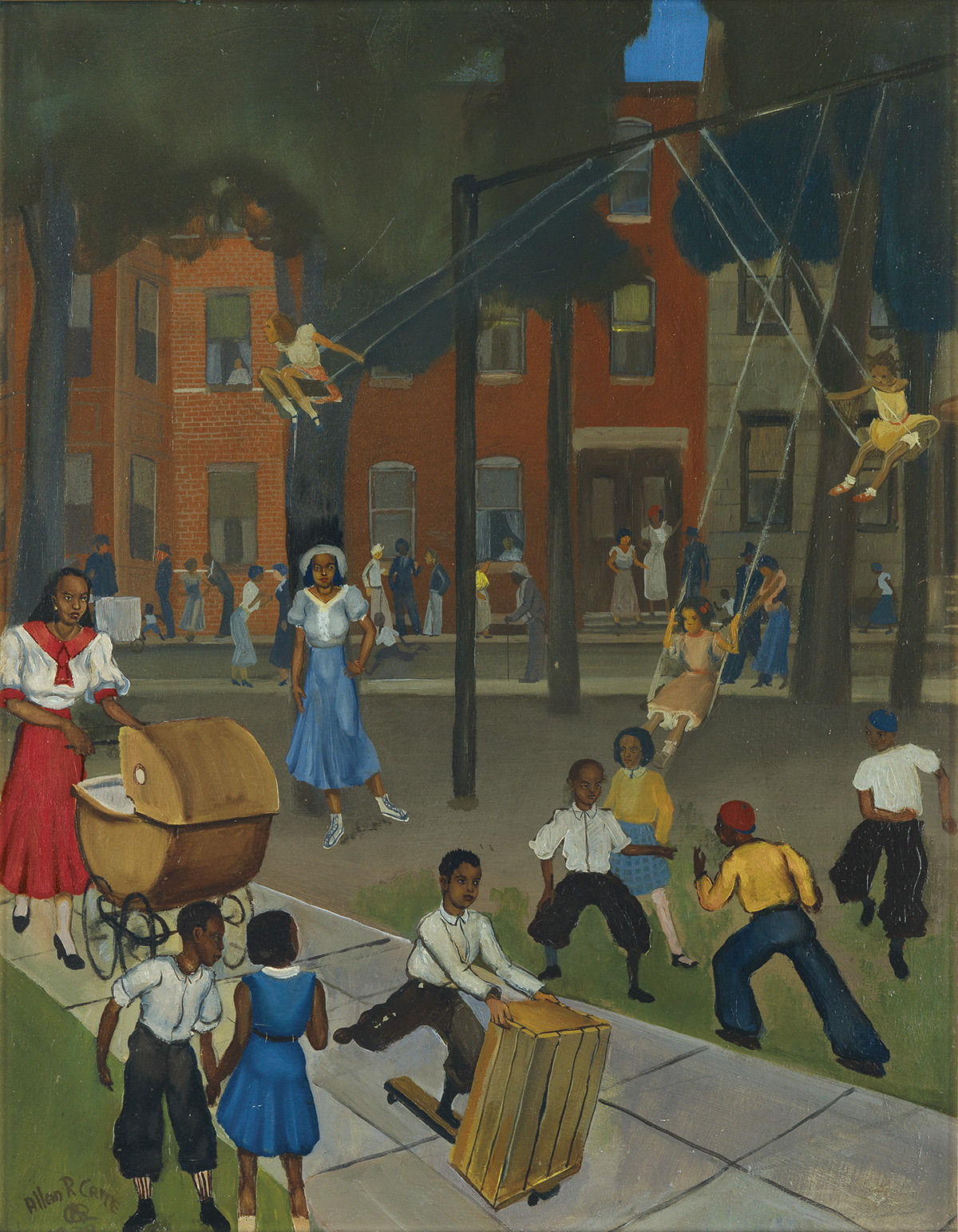