Herbert Lionel Rothschild (1881 - 1935) was a distinguished lawyer, great patron of the arts and a pioneer of the silent movie industry in San Francisco. Rothschild built San Francisco's first silent movie theaters - the Granada, the Portola, the California and the Imperial in the early 1920s. Rothschild also invited violinist Jascha Heifetz, composer Victor Herbert and dancer Sandra Bernhard to perform in San Francisco, and championed the building of the Legion of Honor. Rothschild supported Sargent Johnson's early career, and promoted several other sculptors including Jacob Epstein, Chana Orloff, and Arthur Putnam. He also was a collector of James McNeil Whistler's prints, a bibliophile and the principal supporter of the Grabhorn Press.

Exhibited: World's Fair Exhibition of the Chicago Art League, Chicago, August 19th - September ?, 1934, with the label on the base bottom. The Chicago Art League was an organization of African-American visual artists founded by Charles Dawson and William McKnight Farrow in 1923. It held annual art exhibitions at the YMCA on Wabash Avenue, and was a precusor to the Arts Crafts League and the founding of the South Side Community Art Center.

This enthralling portrait in terra cotta is an outstanding and very scarce example of Sargent Johnson's modernist sculpture of the early 1930s. Johnson made a small number of similar stylized heads in the 1930s but only a few surviving works are known today. This work is closely related to a very similar painted Head of a Boy, 1934, but with different modelling of the hair and the base of the neck. Head of a Boy was once in the collection of the San Francisco Museum of Modern Art but is known today only from a photograph in the collection of the museum. Another related head is the green glazed stoneware Head of a Boy, 1928, 7 1/2 inches high, in the collection of the Huntington Libray, Art Collections and Botanical Gardens. The head has a very similar stylized form, including the modelling of the facial features, peak of the hair and shape of the head --qualities that exemplify Johnson's aesthetic interests in both modernism and African sculpture.Johnson took a particular interest in elevating the strength and dignity of African-American women and children in his sculpture, infusing his small works with a commanding presence. Other notable terra cotta heads of children by Johnson's include Chester, 1931, and Negro Woman, 1934, both in the collection of the San Francisco Museum of Modern Art. Bowles fig. 4. p. 150; LeFalle-Collins/Wilson ill. 12, cat. no. 11.
Set Alert for Similar Items 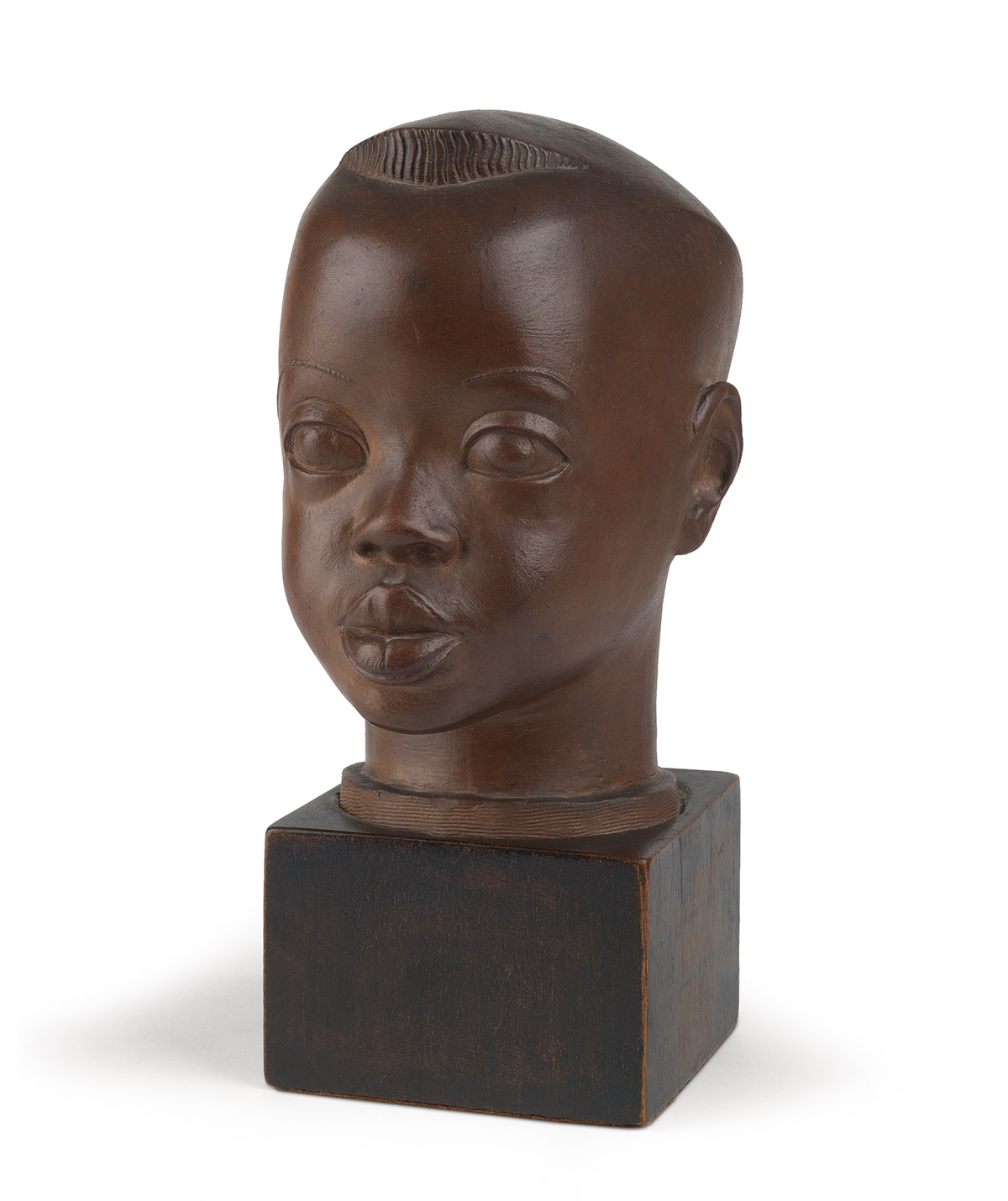 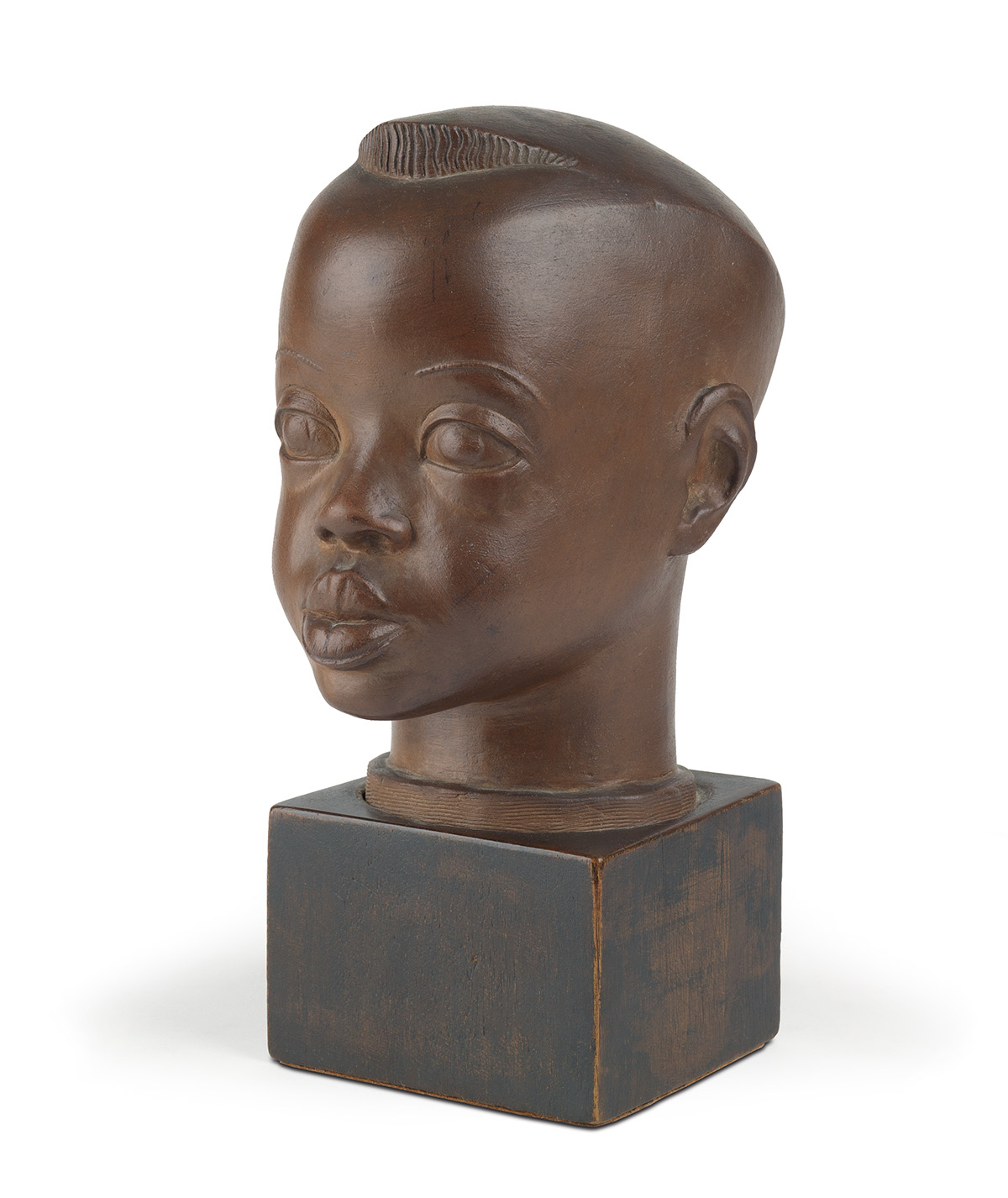