An iconic image of the Harlem Renaissance in sculpture, this strong example of Gamin has fine modelling with an unusual coloring. Savage made smaller versions of Gamin after her life-size plaster and subsequent bronze. These small casts were typically painted black or gold to resemble a bronze sculpture.

Gamin was a turning point in Savage's career. Theresa Leininger-Miller describes how Gamin brought Savage success at the end of the 1920s. Out of 10 works on display at Harlem's 135th Street branch of the New York Public Library, Charles Russell Richards, the art director of the General Education Board of New York, singled out Savage, recognizing Gamin as a significant work. Romare Bearden and Harry Henderson explain how two Harlem businessmen, Eugene Kinckle Jones, of the National Urban League, and John E. Nail, brother-in-law of James Weldon Johnson, also singled out Gamin for acclaim. Daniel Schulman also notes how the sculpture helped Savage win the first Rosenwald Fund fellowship ever awarded to a visual artist in May of 1929 - the president of the Rosenwald Fund Edwin Embree even ordered a cast of Gamin for himself. Gamin was illustrated on the cover of the June issue of the magazine Opportunity that year. Hayes p. 69; Leininger-Miller pp. 178-179; Bearden/Henderson p. 172; Schulman pp. 52-54.
Set Alert for Similar Items 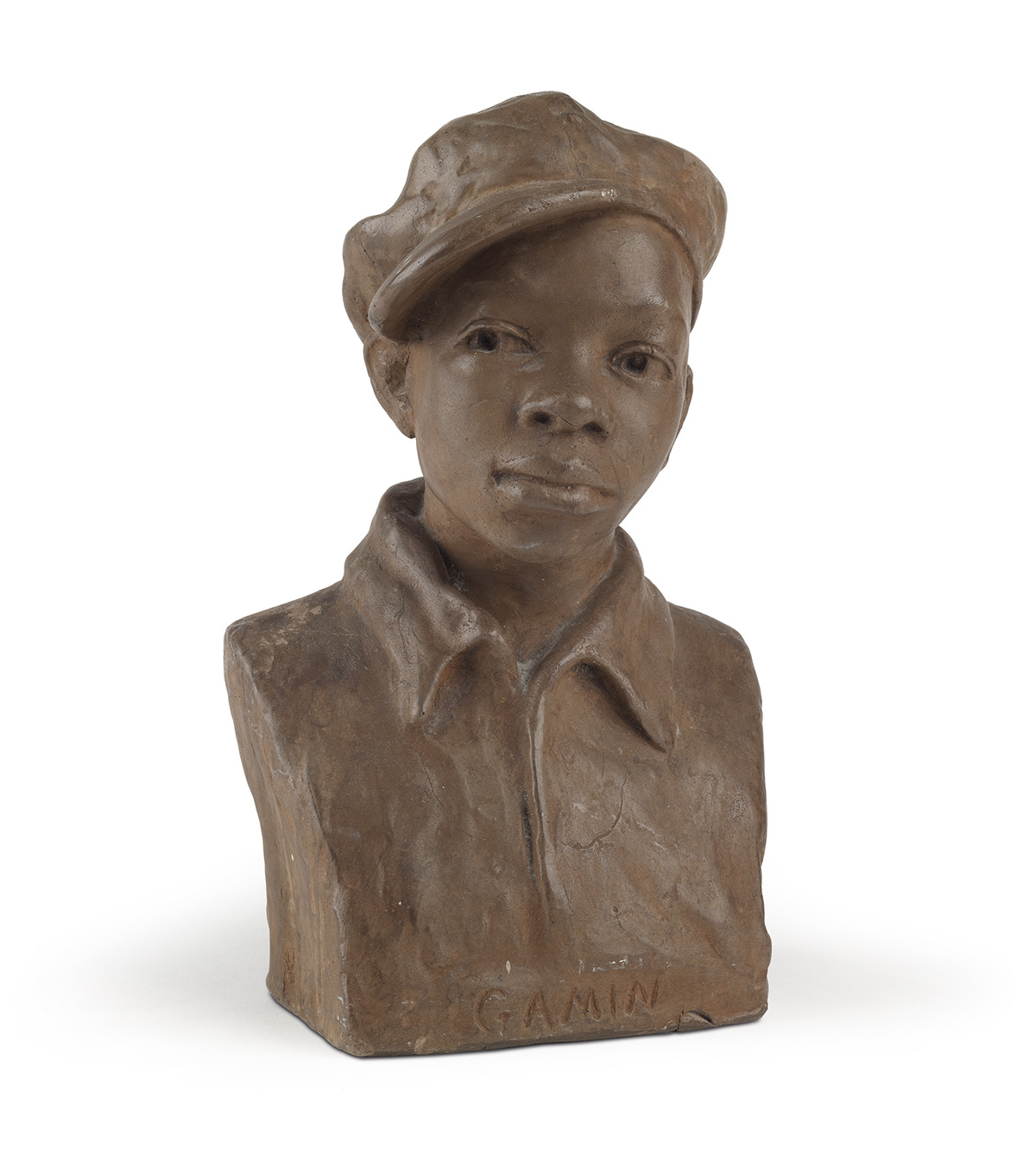 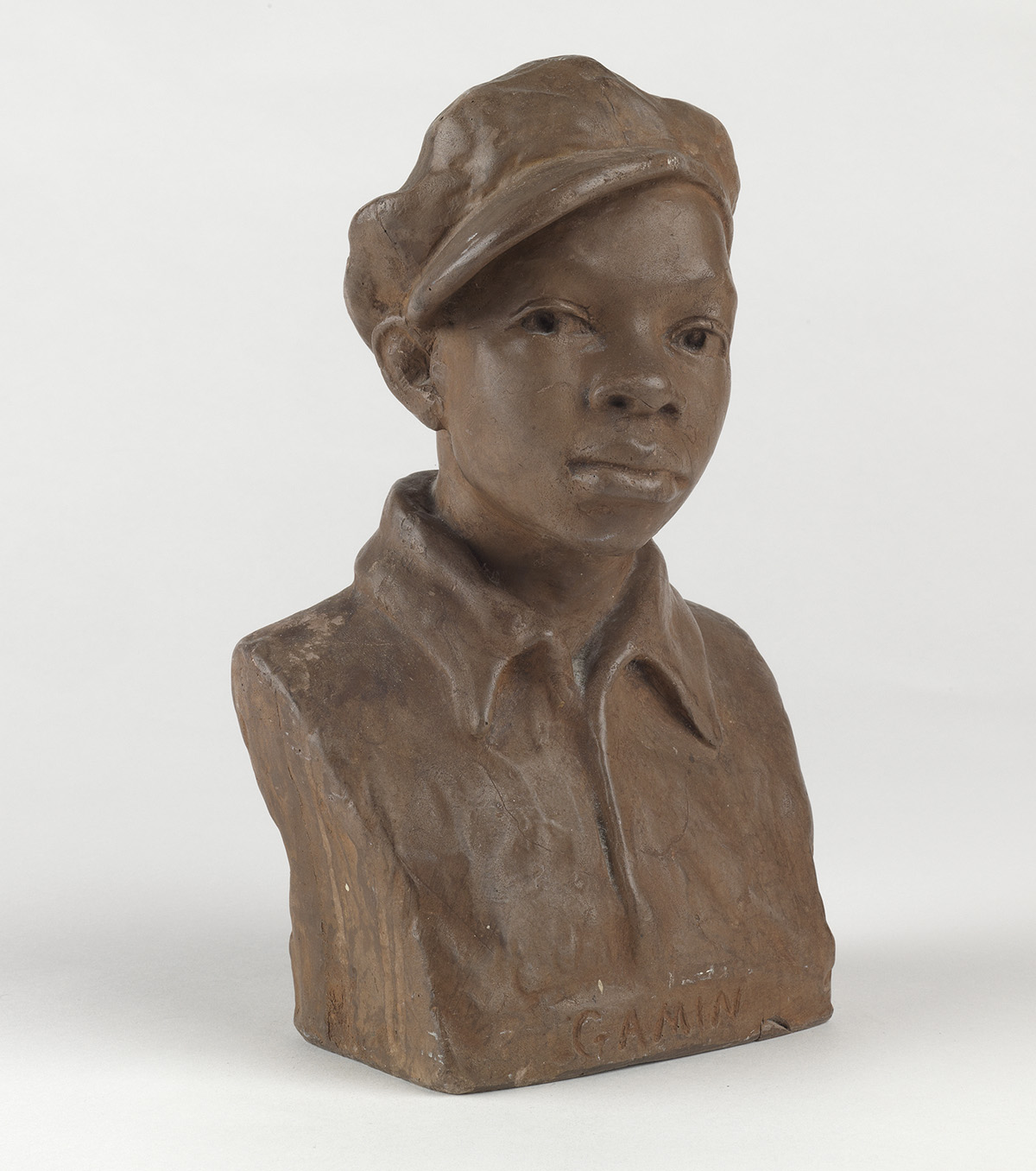