Provenance: the artist, Washington, DC, with his studio label on the frame verso; the Johnson Publishing Company, Inc., Chicago.

Born in Baltimore, Maryland, Larry Erskine Thomas was a painter, art educator and museum exhibition designer. In 1967, Thomas joined the staff at the Smithsonian Institution's Anacostia Neighborhood Museum, Washington, DC, where he was a programs manager through the 1970s. His 1956 painting The Potter's Daughter was included in the landmark exhibition The Barnett-Aden Collection at the Anacostia Museum in 1974. He studied art at the Walter Vincent Smith Museum, Springfield, MA, Massachusetts State College, the Artists Students League and the Metropolitan Museum of Art, New York. In 1949, Thomas moved to Ethiopia and taught technical and mechanical drawing in Addis Ababa for eight years. There, he befriended the father of a young artist Skunder Baghossian, introducing Skunder and his family to American jazz via the Voice of American radio programming. His art was exhibited internationally through the Art in Embassies program, including Gems of Africa, a 1967 solo exhibition sponsored by the Bureaus of African Affairs and the Cultural Affairs of the U.S. Department of State. Kinnard p. 181.
Set Alert for Similar Items 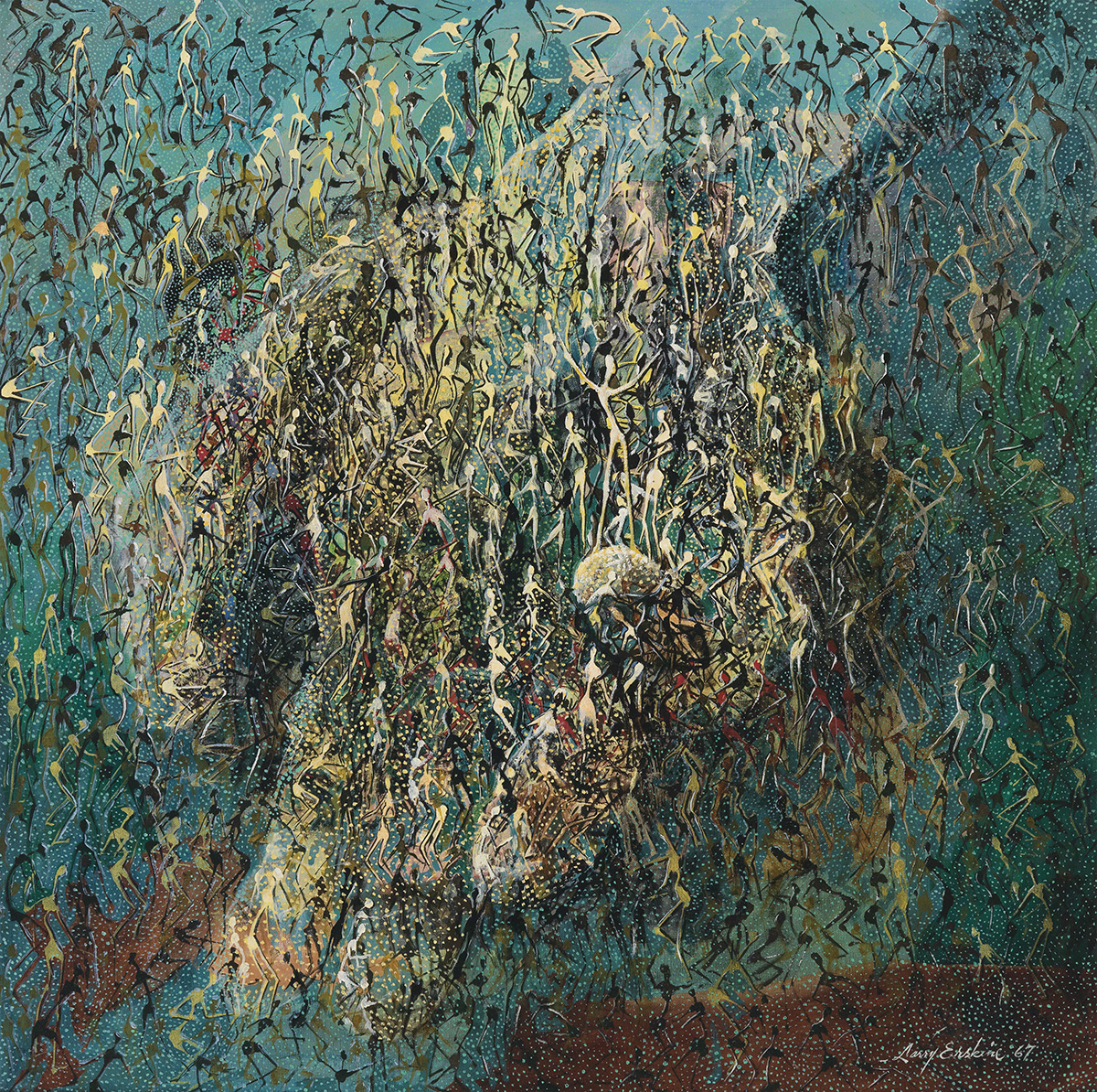