This work on paper is a very scarce, early work by this important contemporary South African artist - possibly the first to appear at auction in the United States.

Born in Simons Town, South Africa, Peter Clarke is best known for his graphic prints, particularly his woodcuts, and in his later years, collage. Influenced by Mexican muralist and German Expressionist, his modern art shows the day lives of South Africans, often set in the landscape. In 1948, he attended Technical College, in Cape Town. In 1957, he had his first solo exhibition in the newsroom of the The Golden City Post. But Clarke did not have formal art training until 1961 when he took etching classes at the Michaelis School of Fine Art, University of Cape Town. He later studied graphics from 1962-3 at the Rijksakademie van Beeldende Kunsten and from 1978-79 at the Atelier Nord (Graphic Art Workshop) in Oslo. Clarke received multiple national and international awards for his art and writing, and had more than 70 solo exhibitions. Yet, despite this international experience and exposure, his work was not given the full recognition it deserved due to the apartheid system of South Africa. Clarke was able to first show in the United States in 1973 - at the Pratt Graphics Centre and Fisk University. His work today is found in numerous international public and private collections, including Durban Art Museum, Durban, South Africa, Fisk University, Nashville, the Library of Congress, Washington, DC, the National Museum and Art Gallery, Gaborone, Botswana and the South African National Gallery, Capetown, South Africa.
Set Alert for Similar Items 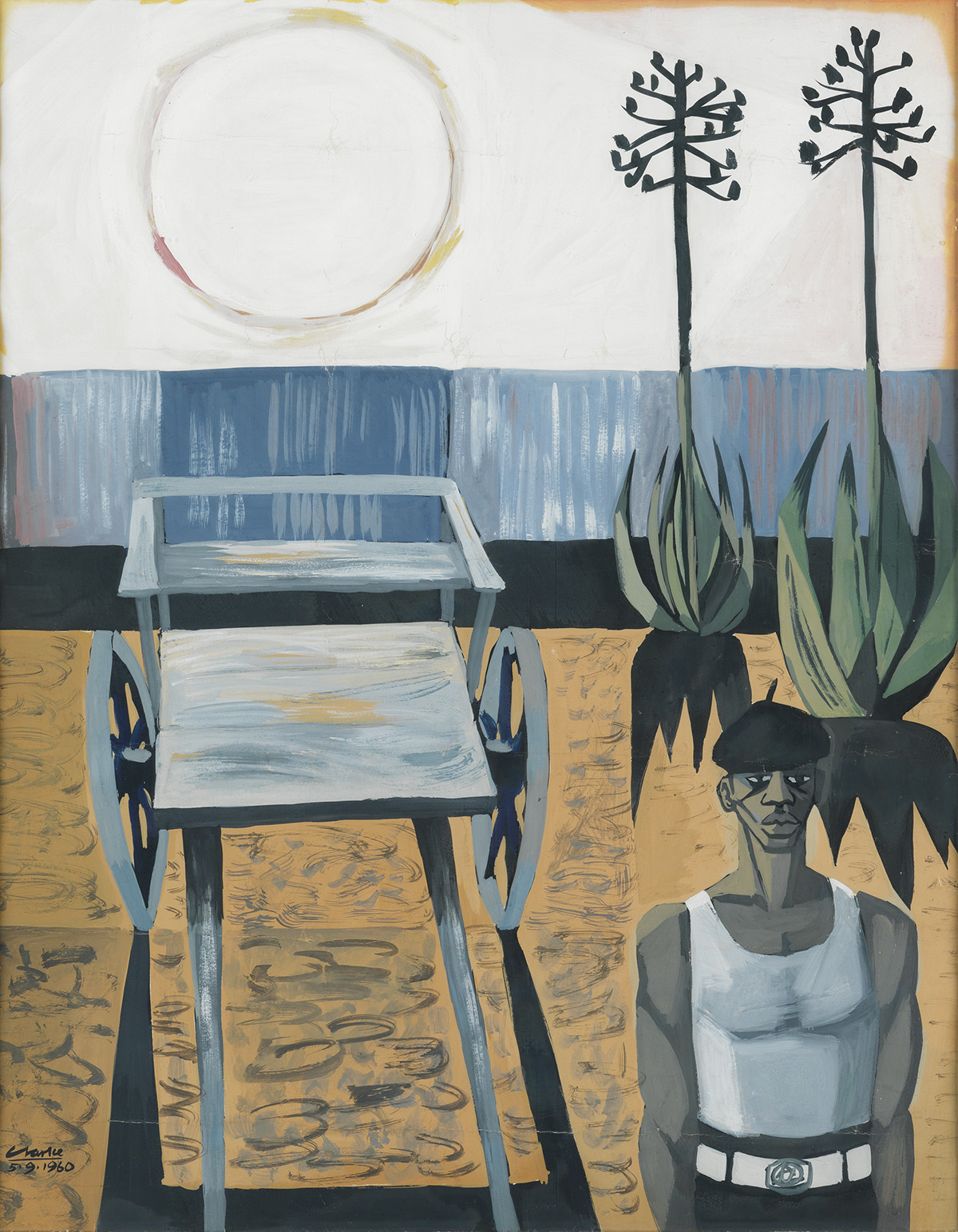