First edition. This is the first complete translation of the full Hebrew Bible (Old Testament) by a Jewish translator into English, building upon Leeser's 1845 translation of the five books of the Torah. Previous editions published by Jews in England had simply utilized the King James translation. Leeser's preface explains that this massive undertaking sprung from "a desire entertained for more than a quarter of a century, since the day he quitted school in his native land to come to this country, to present to his fellow-Israelites an English version, made by one of themselves, of the Holy Word of God." Readers would now "have an opportunity to study a version of the Bible which has not been made by the authority of churches in which they have no confidence."

Provenance: the front board bears a gilt-stamped presentation, "David C. Labatt to Henry J. Labatt, June 1st 1854, Hoc in signo semper fidelis." The Latin text translates to "With this sign, always faithful." David Cohen Labatt (1828-1893) was raised in New Orleans, son of Abraham Cohen Labatt, a seminal figure in the history of Reform Judaism in America. David was an attorney, and later served as a captain in a Louisiana regiment in the Civil War. He presented his book to his 22-year-old younger brother Henry Jacob Labatt (1832-1899), who had attended the University of Louisiana, received a law degree from Yale, and then moved west to Gold Rush San Francisco with their father. Young Henry was already on his way to becoming one of the leading experts in Californian law, and would soon launch the first Jewish newspaper in the American West, Voice of Israel. In 1854, the same year he received this gift, he was named the secretary of Congregation Emanu-El in San Francisco. Henry spent much of the Civil War in Nevada, and then settled in Texas in the late 1860s. During the horrific 1900 Galveston hurricane, Henry and most of his family were killed in the flooding. We presume this volume had already left the family by 1900, and may well have remained behind in California when Henry moved to Nevada circa 1862. On the Labatts, see two articles in the journal Western States Jewish History: William Kramer, "Henry J. Labatt, Pioneer Lawyer of California and Texas," XXVIII:3 (April 1996); and Norton Stern, "Henry J. Labatt, Influential Jewish Attorney," XLI:1 (Fall 2008)--copies of both publications are included. The volume was later part of a California research library, and was properly deaccessioned to the consignor. 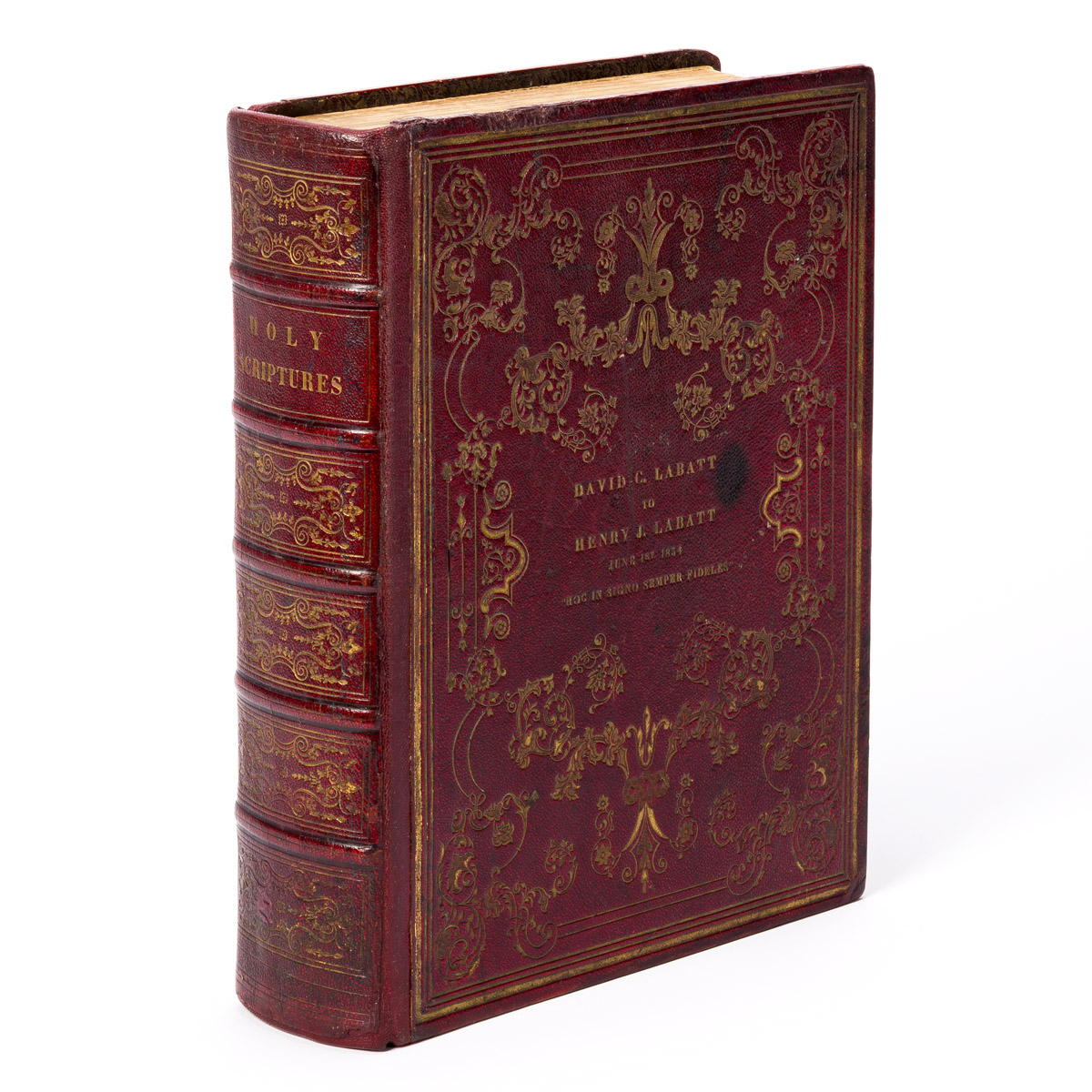