Pleasant Flowers Cayce (1767-1840) was a slave-owner in Charlotte County, VA; he and his family moved to Farmington, MO at some point soon after the 1830 census. These three leaves (apparently removed from a notebook) document Cayce's second marriage, the marriages of his children, and the births and acquisitions of several enslaved people. One of the leaves is covered on both sides with a list of 9 births from 1817 to 1821, apparently to three different mothers: "Aba, daughter of Susanna," "Jacob, son of Sealy," "Clarisa, daughter of Lisha," "George, son of Seely," "Mary, daughter of Susana," "Delila, daughter of Lisha," "Ambros, son of Sealah," "Sam, son of Susan," and "Martha, daughter of Lishia." In addition, an 1814 memorandum reads "Lent one negrow girle named Edy." Upon his son Newton's marriage in 1828, Pleasant gave him "1 negro girl named Sarah" as well as some household goods. In 1832, he wrote "Lent to my daughter Anna Eliza Spencer the following property to wit: one bed, one negro girl aged 12 years named Delilia; one negro boy aged 7 years named Tazewell Morton." Finally, upon the marriage of his daughter Nancy in 1834, he lent her "one negro girl aged 17 named Amy, one bed and furniture." These last two transactions probably took place in Missouri. These leaves played basically the same function as a family Bible, without the Bible. 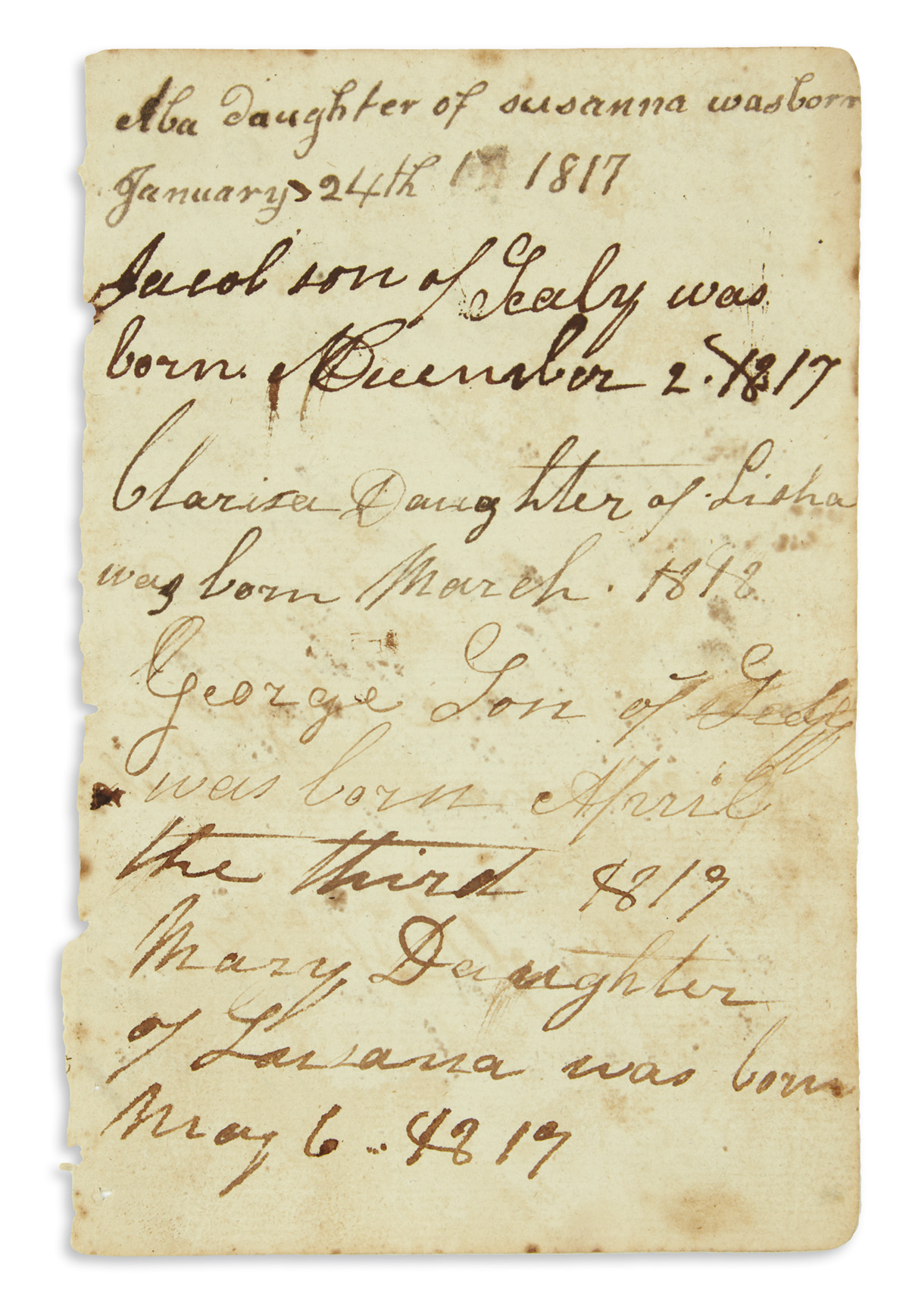