In 1847, an enslaved Kentucky woman named Caroline and her four children made their escape across the Ohio River. With the help of the Underground Railroad, they made their way northwards. The owner George Ray immediately posted a reward for their capture. 50 miles into Indiana, they found temporary refuge at a farmhouse, and were eating breakfast when they were captured and locked up in a nearby fodder house to await transport back to Kentucky. Local abolitionist Luther Donnell heard about the capture and rescued the family that evening, carrying the youngest child over a fence in his arms. Because of his role in the escape, he was sued by George Ray in a well-publicized case. However, Caroline and her family were able to reach Canada safely.
Offered here is one of the original runaway broadsides from this important case. It is cropped at the top, with the loss of the reward amount (reported in various sources as $500), but continues with a description of the family: "A Negro woman, Caroline, about 30 years old, has a smooth black face, is very fleshy, large breast and hips; has a very open and free countenance, a bold and free manner of speaking. Two Girls and two Boys. The eldest, a girl, Francis, 12 years old, is yellow, with hair rather straight, and thin visage. John, near 7 years old, has a down look when addressed, is yellow also. Amanda, 4 years old, has thick lips and coarse features. Henry, 2 years old, is very dark." We can only speculate that the father of light-skinned Francis and John may have been Ray himself. The notice was apparently printed to be posted in Indiana, as the reward is for confining the family "in any jail in Kentucky whear I can obtain them, or on delivering them into my possession, if taken on this side of the river" (the final two words being added in manuscript due to a printer's omission). No other examples traced in OCLC or at auction. 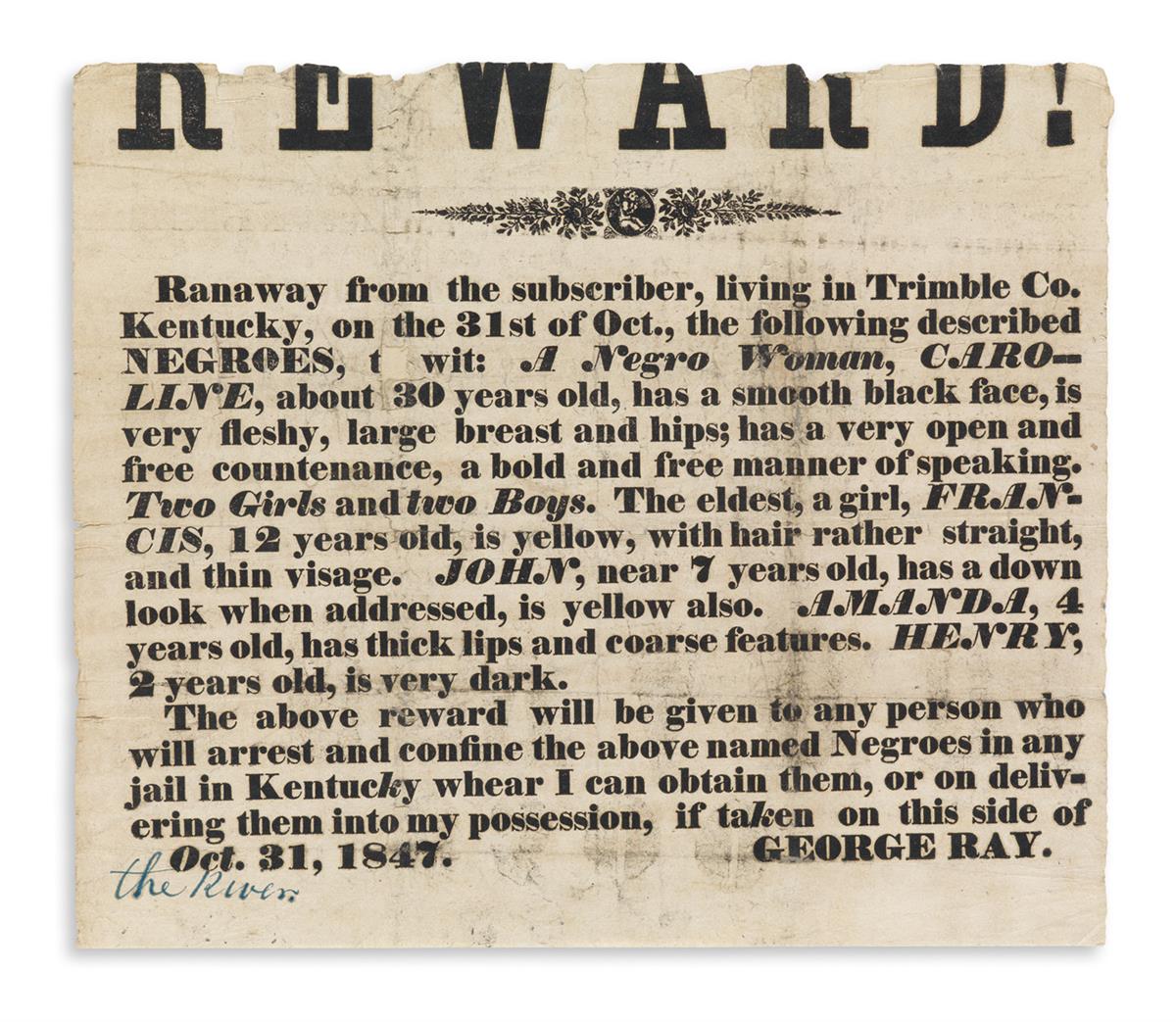