A lively cast illustration of the famous 1940 production of the popular and oft-revived play, featuring José Ferrer, one of the first Latinx stars in America.

Hirschfeld enjoyed a long friendship with Ferrer; they lived in the same building and would often travel to and from the theater together. This was the first of twenty Hirschfeld drawings of him over 47 years that captured many of his iconic roles. Ferrer admired Hirschfeld's work and collected almost all of his drawings.

Ferrer captivated audiences with his lively portrayal of Lord Fancourt Babberley, an actor friend of main characters Jack and the eponymous Charlie, whom they persuade into impersonating Charley's Aunt Donna Lucia d'Alvadorez, so that they can have a proper chaperone to visit their romantic interests. His fame rose tremendously as a result of his performance and he would go on to win several Tonys (both for acting and directing), an Oscar (the first Latinx performer to do so), and eventually was awarded a National Medal of Arts (the first actor so honored). In 1953, Ferrer revived this now legendary production of Charley's Aunt as one of four plays in an all-Ferrer theater season at City Center.
Set Alert for Similar Items 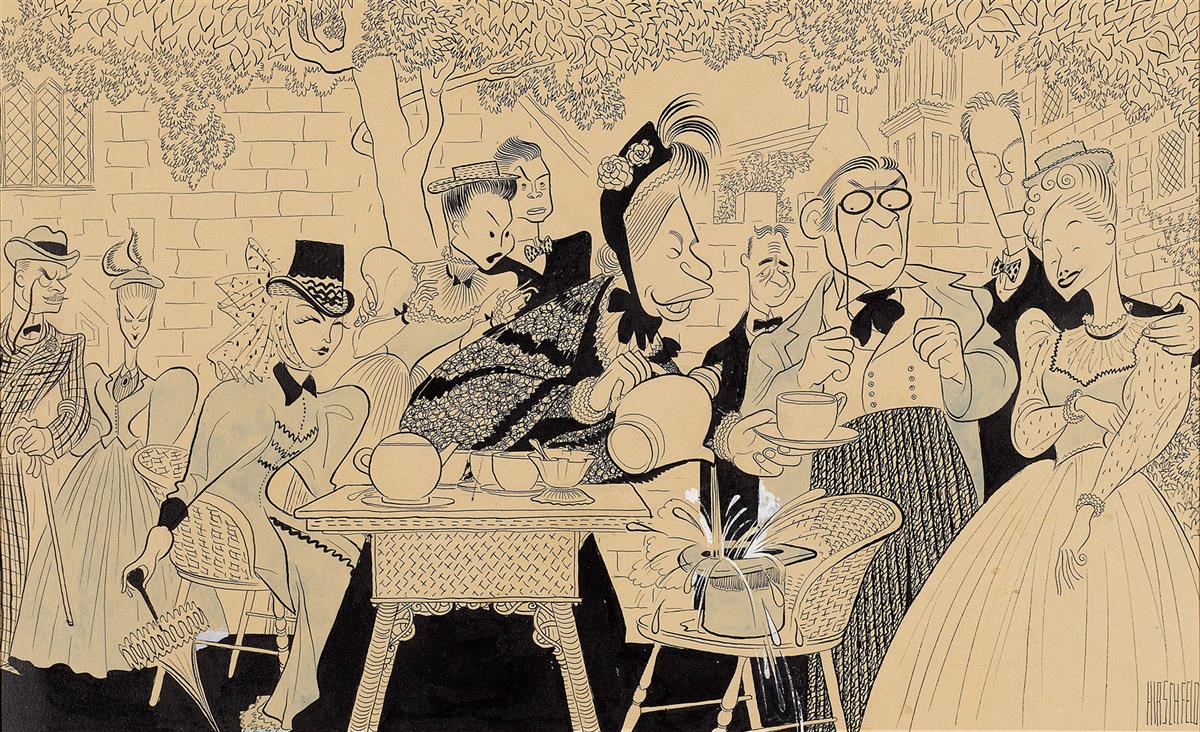