That year Rose returned to Claflin, founding the school's Department of Art, and beginning a thirty-one year tenure, including holding the department's Chair, through 1976. In 1977, Rose took an eight-year leave of absence during which he was artist-in-residence at Voorhees College in Denmark, South Carolina, before returning to Claflin as an associate professor of art. One of his students, artist Leo Twiggs went on to establish the visual art program and museum at South Carolina State College; Twiggs refers to Rose as 'the Dean of Black Arts in South Carolina." In 2005, Claflin University renamed their museum after Arthur Rose. His paintings have been included in numerous museum exhibitions, and are found in the Johnson Collection, Spartanburg, SC, and the collection of the South Carolina State Museum.
Set Alert for Similar Items 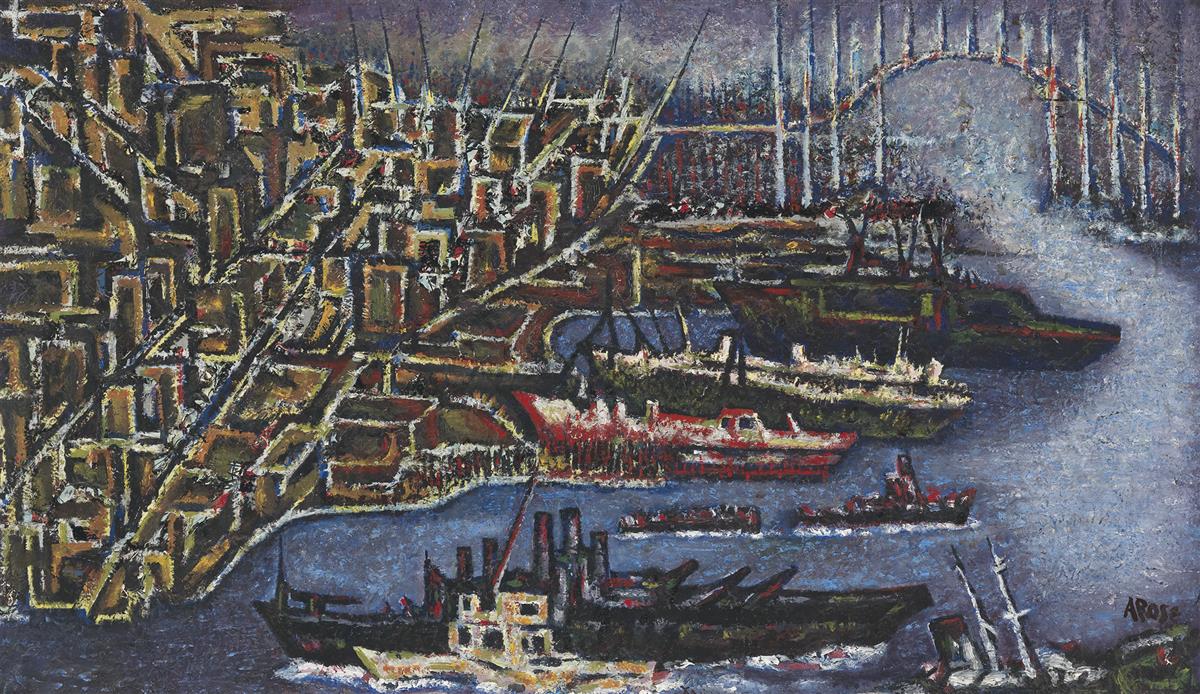