Provenance: Terry Dintenfass Gallery, New York, with the label on the frame back; the Johnson Publishing Company, Inc., Chicago.

The charming White Butterfly has all the signature characteristics of Walter Williams' midcareer painting and his Southern Landscape series. Williams constructs a simple but evocative narrative around this scene of a pensive young girl picking wild flowers in a field. He effectively contrasts the densely saturated orange sky with the richly textured foreground of accumulated brushstrokes, dots, drips and daubs of paint.

Born in Brooklyn, the painter, printmaker and sculptor Walter Williams studied art at the Brooklyn Museum Art School under Ben Shahn, Reuben Tam and Gregorio Prestopino from 1951-55. His New York City scenes were exhibited as early as 1952 at Roko Gallery, and also included in 1953 in the Annual Exhibition of Contemporary American Painting at the Whitney Museum of American Art. After receiving a John Hay Whitney Foundation fellowship in 1955, which he used to travel to Denmark in 1956, Williams left behind the stark subjects of the city for a warmer, poetic countryside. He found a new level of expression in a series of imaginary Southern landscapes and inspiration living abroad. It became a subject the artist would revisit again and again for the next twenty years in both painting and printmaking.
Set Alert for Similar Items 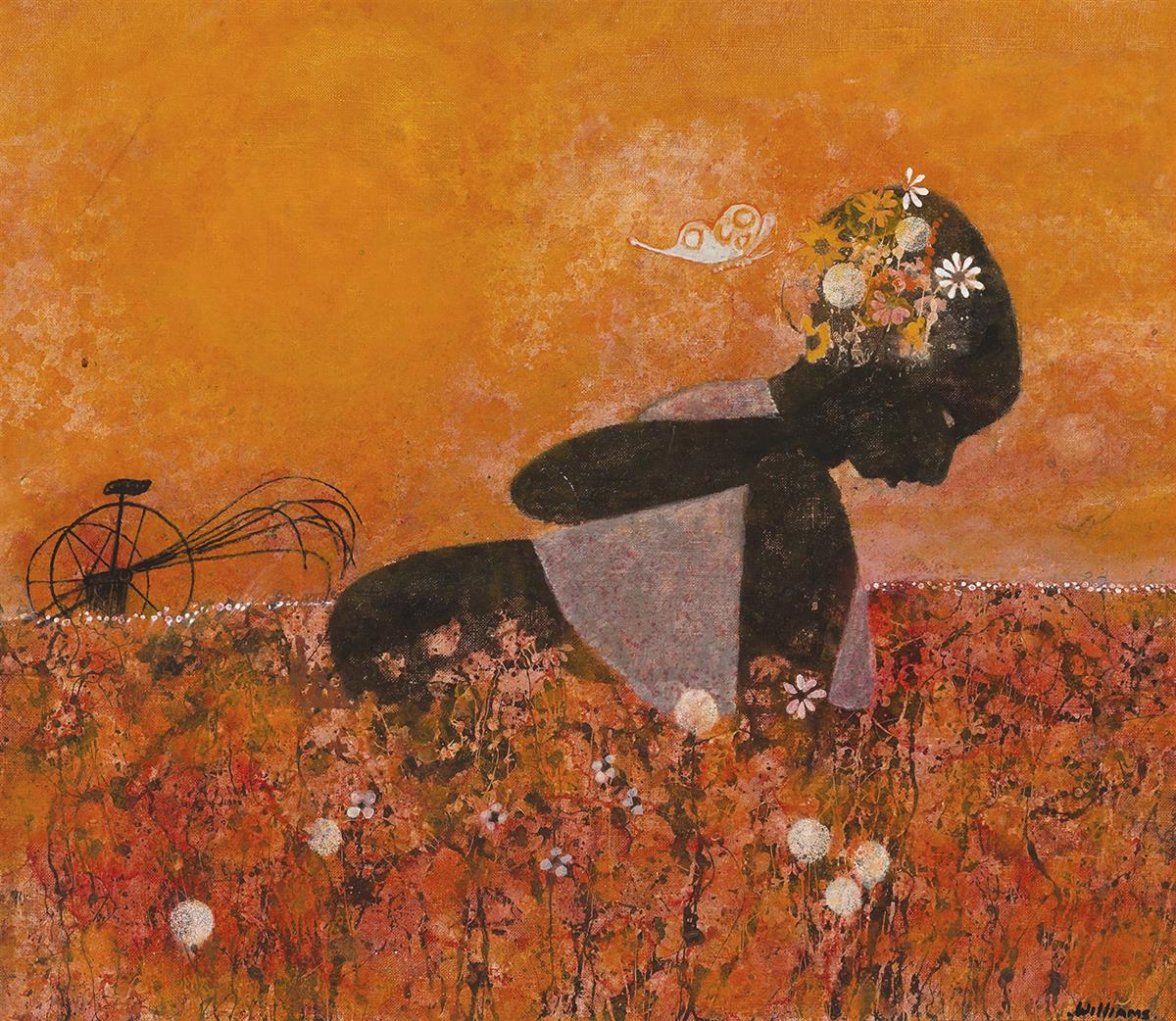