Provenance: ACA Galleries, New York, with the label on the painting back; private New York collection.

This painting by Barkley Hendricks is only his second large figurative work to come to auction. Born in Philadelphia, Barkley Hendricks studied painting at the Pennsylvania Academy of Fine Arts and Yale University. Since the late 1960s, Hendricks has painted life-sized representations of young, hip models and friends. He pushed the contemporary figure to new heights, pursuing realist portraiture on both a human and grand scale and empowering his subjects with a keen sense of style steeped in the skill of academic European portraiture. 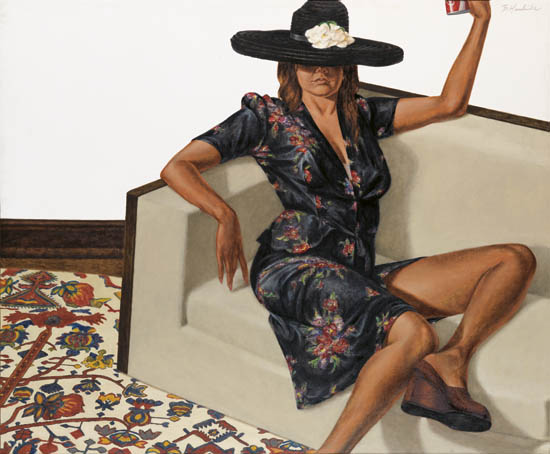