Provenance: the artist, New York; Carl L. Leeds, New York; Robert Abramson, New York. In June of 1953, Carl Leeds won this painting at a raffle: "At some point during the summer, Delaney's friends gathered at a fund-raiser organized by the Roko Gallery to help finance the artist's trip abroad. The donation box appropriately was built in the shape of a boat, with each contributor getting a chance at a lottery. The door prize, like the donation box, was rife with symbolic significance, being Delaney's painting titled Distant Horizons." Leeds had been the owner of the painting for 55 years until his passing in 2007. Thanks to the late Phillipe Briet and his brother Sylvain Briet for establishing the details of the provenance, and to Patricia Canterbury for all her assistance. Canterbury pp. 48 and 69. 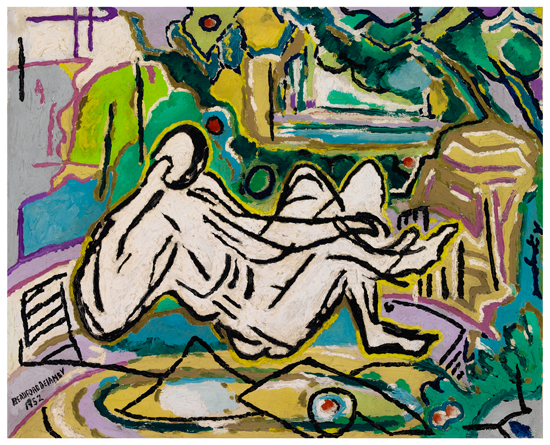