According to Levin, "In 1899, after graduating from high school in his hometown of Nyack, New York, Hopper commuted to New York City daily to study illustration at the Correspondence School of Illustrating at 114 West Thirty-fourth Street. His parents had not objected to his becoming an artist, but they encouraged him to study commercial illustration which offered a more secure income. This must have seemed more practical to his father, who owned a drygoods store in Nyack and would have been familiar with advertising illustrations," (Levin, Edward Hopper as Illustrator, New York, 1979, page 9).
Set Alert for Similar Items 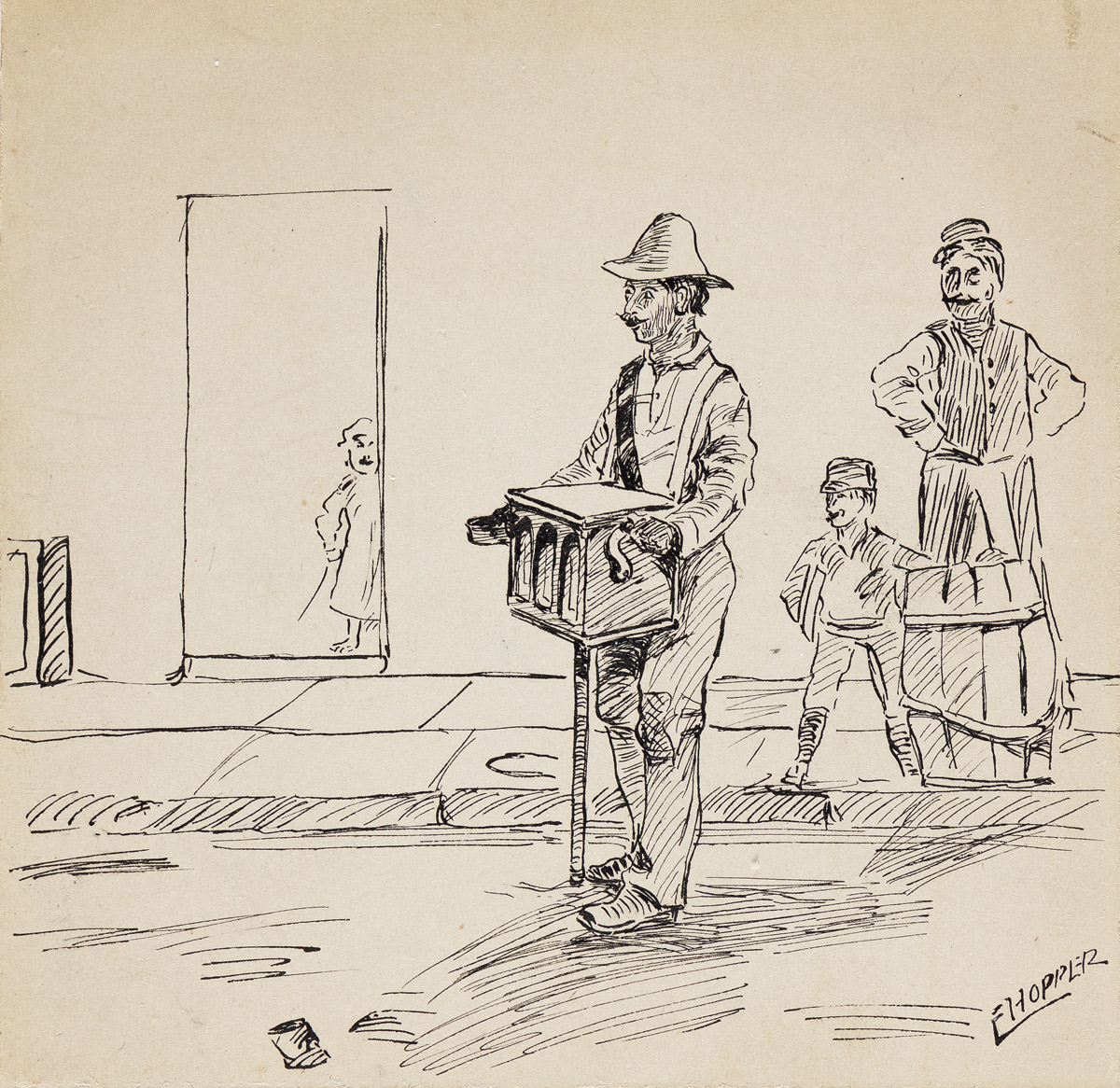