Born in Charleston, South Carolina, Georgette Seabrooke Powell grew up in the Yorkville neighborhood of New York City. Powell studied visual art at Cooper Union School of Art, enrolling at the age of seventeen in 1933, and received its highest award in painting in 1935. In 1937, she was chosen to paint the WPA mural Recreation in Harlem in the Harlem Hospital, New York. Powell was the youngest and only woman of the four muralists selected for this Federal Art Project commission, supervised by Charles Alston. As a young woman, Powell studied at the Harlem Art Workshop with James Lesesne Wells and at the Harlem Community Art Center with Gwendolyn Bennett. Powell also created a mural at Queens General Hospital for the WPA. She later studied theater design at Fordham University and would become a lifelong artist, art therapist, and educator. In 1959, she moved to Washington, DC, and later earned a BFA from Howard University in 1973. Her art today is located in the collections of the Baltimore Museum of Art, Hampton University, the New York Public Library, the Library of Congress, the Chicago Public Library and the Anacostia Museum and Center for African American History and Culture, Washington, DC. Biography notes courtesy of Columbia University.
Set Alert for Similar Items 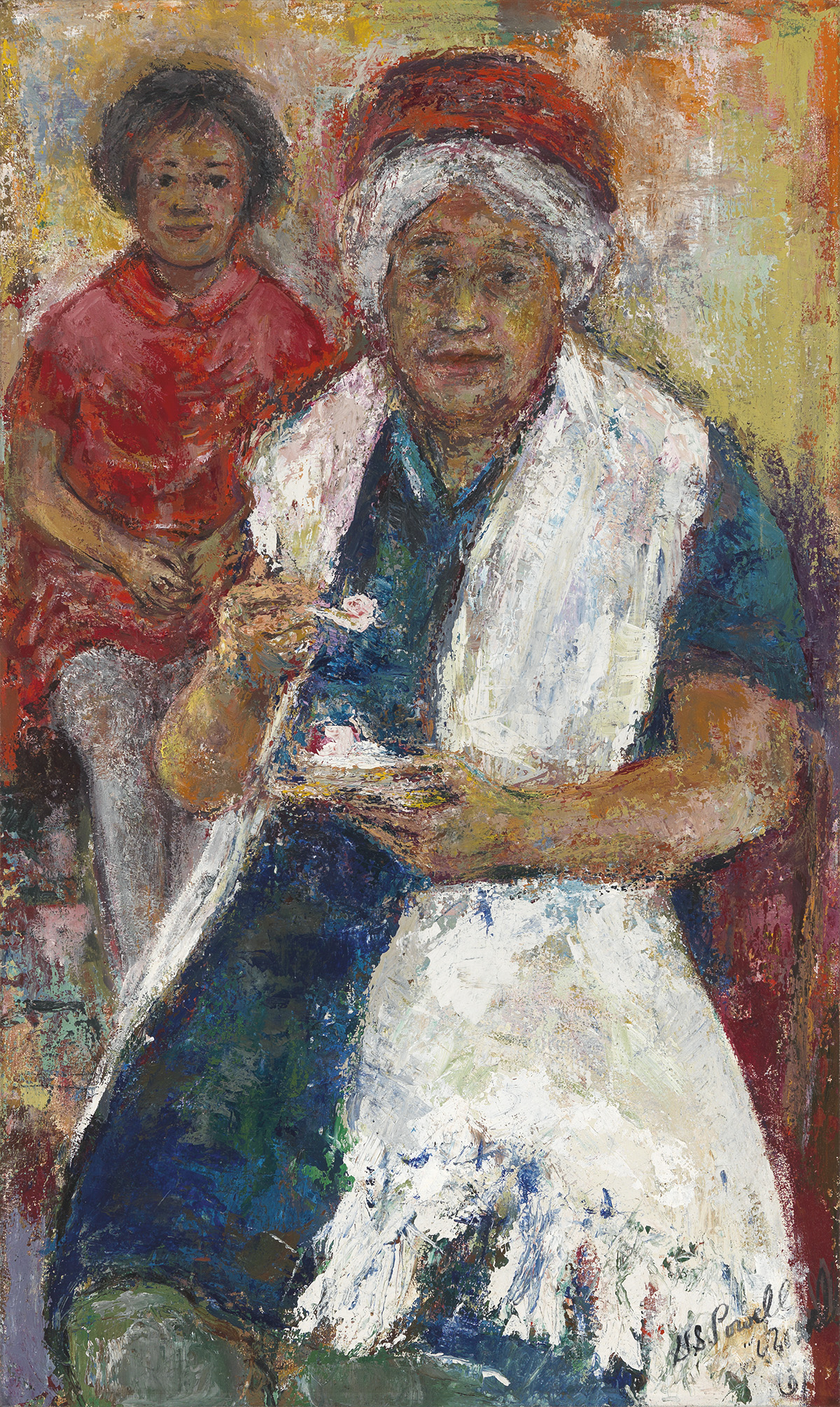