According to Härb, this drawing was presumably a design for an altarpiece, though it has not been linked to any known works of the kind by Vasari. He notes that, "The relatively heavy figures resemble those in Vasari's organ shutters for S. Gennaro, Naples, of 1545-46. The figure of St. Luke and the putto holding a scroll above (the latter appears, with minor changes, also in the organ shutters) are close to the prophet and putto at the left of [another drawing with St. Luke by Vasari], likewise datable to around 1545," (see Härb, number 107).
Set Alert for Similar Items 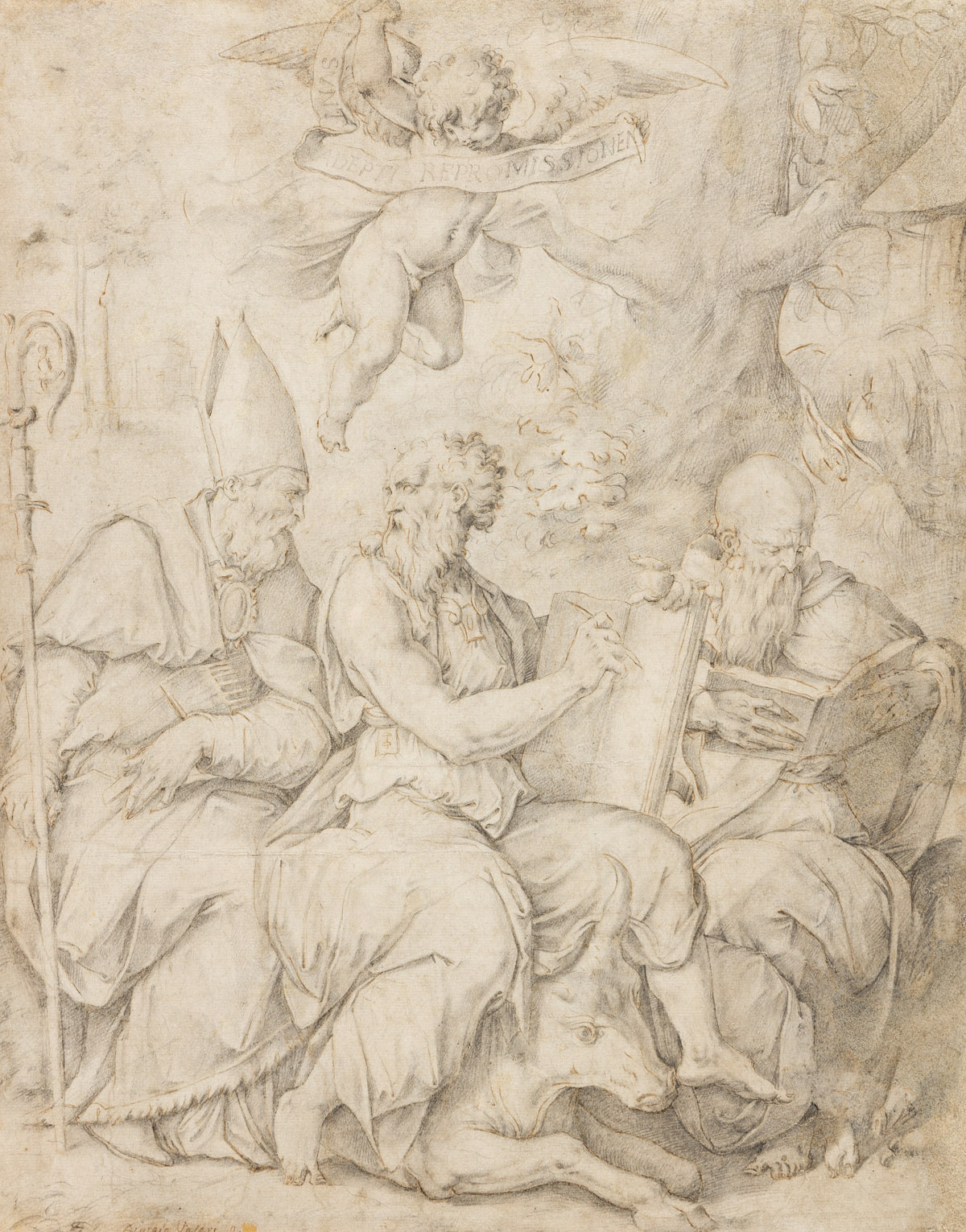